Yet Another Victim of Cancer Quackery 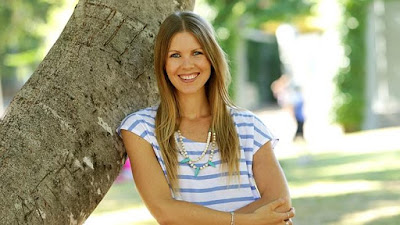 Jess Ainscough, better known as “The Wellness Warrior,” died on February 26, 2015 from a possibly needless death. Foregoing radical surgery, which would have given her a fighting chance against a rare form of sarcoma, she put all her trust in one of the most insidious and devious cancer quackery treatments, the Gerson protocol. One year before her death, her mother, Sharyn Ainscough, declined standard treatment and died of breast cancer, also a victim of the ineffective Gerson treatments.


A family acquaintance of the Ainscough’s wrote about her last days:

“Towards the end, she was desperate and deeply regretful. It’s one of the big reasons that her social media accounts, website and videos were deleted. The truth is, she died knowing that she rejected treatment that may have saved her life, or at least prolonged it. If you put yourself into the shoes of a young woman who has to face that she gambled with her life and lost, you will realise what a terrifying revelation that is.

“To concede that you were wrong about something is a bitter pill to swallow, but to know that it will lead to your premature death is just unimaginable.

“I’ve already seen commentary around that suggests that her crisis and questioning of her treatment led to negative energy that made the cancer flare up. That is simply not true. Her arm in particular degraded at an expected rate, even during the height of her positivity and commitment to her regime  ……  The tragic truth is that, in the end, she didn’t believe it. She did not regret her healthy lifestyle, but she most certainly did regret rejecting conventional treatment.”

Followers of the Gerson method immediately posted their objections online, even blaming Ainscough herself, who fell into a depression after her mother died. Callously they contended that “the reason Ainscough’s health deteriorated was because the death of her mother spoiled all the positive energy that had been keeping her cancer at bay, sometimes coupled with an insinuation that she didn’t do Gerson right.”  http://scienceblogs.com/insolence/2015/03/06/alternative-cancer-therapies-the-quest-for-certainty/

Just a few examples of the evidence exposing the Gerson Protocol

----Advocates of the Gerson Therapy claim that cancer can be cured by boosting the immune system and removing the “toxins” inside the body. These toxins can be flushed out by a strict juicing diet and the antioxidant effects of coffee enemas, costing patients thousands of dollars. Not one bit of evidence is provided, or exists, that cancer is cured by removing specific toxins by antioxidants of any type. David H. Gorski, MD, PhD, FACS, surgical oncologist at the Barbara Ann Karmanos Cancer Institute, puts it simply: “The liver needs no caffeine, theobromine, or theophylline to detoxify, nor does increased bile flow mean the liver is ‘detoxifying.’”  https://www.sciencebasedmedicine.org/the-gerson-protocol-and-the-death-of-jess-ainscough/

----“Recently completed large randomized clinical trials with low risks of bias and systematic reviews of randomized clinical trials taking systematic errors ('bias') and risks of random errors ('play of chance') into account have shown that antioxidant supplements do not seem to prevent cancer, cardiovascular diseases, or death …. According to recent dietary guidelines, there is no evidence to support the use of antioxidant supplements in the primary prevention of chronic diseases or mortality. Antioxidant supplements do not possess preventive effects and may be harmful with unwanted consequences to our health, especially in well-nourished populations.” http://www.ncbi.nlm.nih.gov/pubmed/24241129

----The National Cancer Institute provides this statement about Gerson therapy: "Because no prospective, controlled study of the use of the Gerson therapy in cancer patients has been reported in a peer-reviewed scientific journal, no level of evidence analysis is possible for this approach …. The data that are available are not sufficient to warrant claims that the Gerson therapy is effective as an adjuvant to other cancer therapies or as a cure. At this time, the use of the Gerson therapy in the treatment of cancer patients cannot be recommended outside the context of well-designed clinical trials." http://www.cancer.gov/about-cancer/treatment/cam/hp/gerson-pdq#section/all

----An analysis of 9 randomized controlled trials by the National Cancer Institute: “Overall, these nine randomized controlled clinical trials did not provide evidence that dietary antioxidant supplements are beneficial in primary cancer prevention. In addition, a systematic review of the available evidence regarding the use of vitamin and mineral supplements for the prevention of chronic diseases, including cancer, conducted for the United States Preventive Services Task Force (USPSTF) likewise found no clear evidence of benefit in preventing cancer.”  http://www.cancer.gov/about-cancer/causes-prevention/risk/diet/antioxidants-fact-sheet

----“Although the Gerson regimen has been around for 60 years, the empirical evidence in its support is astoundingly thin. The evidence consists mostly of testimonials and subjective reports from Gerson himself or other Gerson practitioners. There has yet to be a study that meets the basic criteria set forth by the National Cancer Institute (NCI) for evaluating clinical benefit:

1) The patient must have histologic verification of the presence of a malignant neoplasm, and the diagnostic sections must be available for independent review to verify the diagnosis.

2) If the patient had surgical resection or other previous treatment for a proven malignant neoplasm, the presence of a recurrence or metastasis also must be verified histologically and the sections made available for review.

3) If the patient had been previously treated, he must be completely re-evaluated and observed for a long enough period of time to verify that this treatment was ineffective, and that the neoplasm is indeed advancing.” http://skepdic.com/gersontherapy.html

Most cancer quacks do a good job staying one step ahead of the law. As historian James Harvey Young, Ph.D., noted in The Health Robbers: A Close Look at Quackery in America:

“Failure seldom diminishes patient loyalty. When regulatory agencies seek to prosecute quacks, the agencies have a difficult task getting hapless patients to testify in court. Partly this results from the desire to avoid public exposure as a dupe; but often this objection to testifying rests on an inability to realize that deception has taken place. Many quacks do such a good job of exuding sincerity that their explanations seem all too plausible. Even patients faced with death believe in the ‘kindly’ person who says the special remedy would have worked if treatment had only begun a little sooner.”  http://www.quackwatch.com/01QuackeryRelatedTopics/Victims/victims.html

Why some people get duped:

“Even so, the testimonials remain powerful persuaders for many people and are inspiring to some who have been told that there is nothing modern medical science can do for them. The peddlers of hope are assisted by the fact that we can't cure cancer yet, even though treatment in many areas has significantly increased longevity and quality of life. Also, every once in a while an advocate of a quack therapy will come along who is eloquent and persuasive. His claims that the quack has been denied his rightful place at the table because of a conspiracy by Big Pharma and the "medical establishment" will resonate with those who see surgery, radiation, and chemotherapy as assaults on the body foisted on an unsuspecting public to line the pockets of doctors and drug companies.”  http://skepdic.com/gersontherapy.html

“Cancer deaths like this always sadden me. Jess Ainscough had a shot, one shot. She didn’t take it. What saddens me even more is that I can understand why she didn’t take it, as, through a horrible quirk of fate, her one shot involved incredibly disfiguring surgery and the loss of her arm. Still, I wish she had taken it and hadn’t instead decided to become an icon of “natural healing.” (If she had, there’s about a 70% chance she’d still be alive today.) In her role as the Wellness Warrior, and in her promotion of Gerson quackery, Ainscough, with the noblest of motivations in the beginning, did harm and likely led some cancer patients down the path of quackery and preventable death. In this, Jess and Sharyn Ainscough were also just as much victims as any other cancer patient who chooses alternative medicine quackery. Unfortunately, she also promoted that same quackery, which made them complicit as well. Being simultaneously a victim and an enabler or promoter is frequently the case with believers in alt-med cancer “cures.” http://scienceblogs.com/insolence/2015/02/27/the-wellness-warrior-jess-ainscough-has-passed-away/

The Gerson protocol, cancer, and the death of Jess Ainscough, a.k.a. “The Wellness Warrior” https://www.sciencebasedmedicine.org/the-gerson-protocol-and-the-death-of-jess-ainscough/

How To Avoid Bad Medical Advice: A Basic Guideline …..………. http://www.mybestbuddymedia.com/2016/05/how-to-avoid-bad-medical-advice-basic.html