Bitter Produce on the Way Out of Your Food Mart 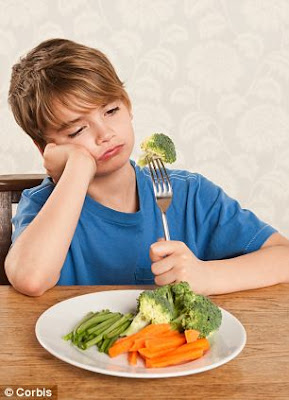 Thirty years ago the state of Florida produced 27 million boxes of bitter white grapefruit and 23 million boxes of the more pleasant colored variety. Today they ship more than double pink and red grapefruit as white ones. American and Canadian palates have, over time, shied away from the bitter in favor of the sweet. However, the last three decades has seen the food industry take even more aggressive and insidious steps in order to squeeze profits and cater to our tastes.


Food scientists admit most of the food consumed today is distinctly less bitter than what our grandparents enjoyed. For many years fruit and vegetable growers worldwide have been deliberately removing the bitter properties that give the food its unpleasant taste. Broccoli, Brussel sprouts, and tomatoes, among others, have been “improved” to make them “kid friendly” and more palatable to the picky adult consumer. The sad fact is that the inherent chemicals that make the foods so bitter are also what make them so nutritious. These bitter elements, also found in dark chocolate, red wine, and green tea, are chemicals called phytonutrients.

Are scientists transforming some of our finest and freshest veggies into junk food? Jed Fahey, a molecular scientist at Johns Hopkins School of Medicine in Baltimore, Maryland, thinks so: "Eating fruits and vegetables without phytochemicals would in many ways be analogous to drinking the empty calories of a can of soda. Yes, you could survive on de-bittered fruits and vegetables, and they would help maintain life, but not good health."

On the other hand, Fahey also looks at the big picture: "If someone who normally only eats fresh fruit or veg once every three days now eats one a day, because of the less bitter taste, would that be a desirable outcome? I suspect that it might."

One example, cocoa, is high in flavanols. Most of the chocolate consumed today is “Dutched chocolate”. This is processed cocoa that “has been treated with an alkalizing agent to modify its color and give it a milder taste compared to ‘natural cocoa’ extracted with the Broma process. It forms the basis for much of modern chocolate, and is used in ice cream, hot cocoa, and baking.” Studies of people consuming this diluted cocoa, which has all flavanols removed, showed few health benefits. Genuine cocoa, on the other hand, “has been shown to significantly increase the presence of bacteria in the gut that boost digestion and immune function.”

Citrus juices have been one of the prime targets. Russell Rouseff, a food chemist at the University of Florida, concedes: "Most juice manufacturers make a concerted effort to limit bitterness.”

The bitter properties of citrus fruits such as Seville oranges and white grapefruit are underused in cooking. Jennifer McLagan, author of Bitter: A Taste of the World's Most Dangerous Flavor, with Recipes, writes: “Recipes constantly warn you to cut away the bitter pith when using citrus zest, and while there is some bitterness in the flavorful volatile oils in the skin, most is concentrated in the pith. The peel and pith of citrus fruits are common ingredients in bitters and bitter alcohols, and they are full of antioxidants. Take full advantage of their phytochemicals; next time you add citrus zest to a recipe, leave on a little of the pith.”

Henry Jay Forman, Distinguished Professor Emeritus of biochemistry at the University of Southern California, espouses the benefits of antioxidants in bitter foods: "These compounds can activate the expression of antioxidant genes that do have the ability to remove oxidants and other potentially toxic compounds."

Children are naturally aversive to bitter food. One solution is to have them start young. Gary Beauchamp, director at the Monell Chemical Senses Center in Philadelphia, suggests feeding babies a hydrolysed casein baby formula: "This stuff is absolutely awful. But if babies are fed it early in life, they don't mind it, and they will like bitter for the rest of their lives." For more info and the two brands available see “Extensively-Hydrolyzed Formulas” http://www.kidswithfoodallergies.org/page/formula-options-infants-food-allergies.aspx

A time-tested, mom-approved approach is called flavour-flavour learning. Kids who are served veggies like broccoli sprinkled with sugar soon begin to like their greens, even without the sugar. Being devious also works, not just with bitter but with all vegetables. Stealthily smuggling veggies into your kid’s meals, without their realizing it, is done frequently by savvy moms. See the link to the “Sneaky!” article below.

As for adults, Jennifer McLagan encourages the use of bitter foods in recipes: “Understanding the role of bitter is an essential skill for a cook. Bitter is vital for the harmony of a recipe and crucial to the composition of a meal. It enhances the flavours in a dish, subtly adding complexity and depth, often without any marked bitter taste ….. Citrus zests, turnips, rapini, chicories and cardoons became some of my favourite tastes, and I found myself craving them.”

One of Jennifer McLagan’s tips to improve your palate for bitter: “Buy some chocolate. Every day for 10 days, eat a small piece of cheap milk chocolate, followed by a piece of 65 per cent cocoa chocolate, and then a piece of 85 per cent cocoa chocolate (the most bitter), letting them melt slowly on your tongue. They say it takes 10 tries of a food to adjust your palate. I think a lot of people could eat chocolate for 10 days.”

Jennifer McLagan, Bitter: A Taste of the World's Most Dangerous Flavor, with Recipes, Harper Collins, 2014

Sneaky!  8 Sly Ways to Smuggle Veggies Into Your Meals
http://www.mybestbuddymedia.com/2013/06/sneaky-8-sly-ways-to-smuggle-veggies.html