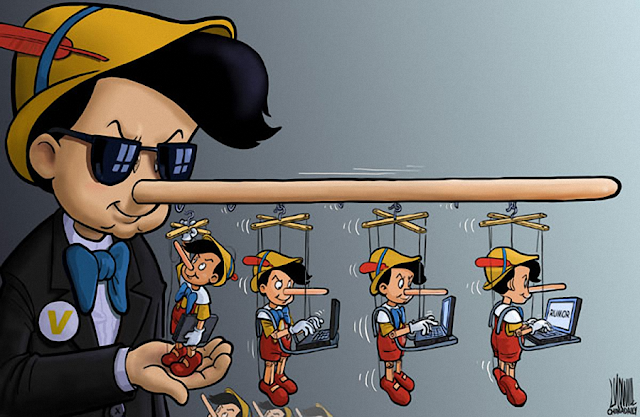 The lack of civility and respectful discourse in the US, Canada and most of the world is being fuelled in large part by the insidious medium in which much of the communication is taking place. Social media master manipulators are having an easy time controlling the thoughts and attitudes of millions of people. Like sheep many are blindly following the glib influencers who, with a few clever, well-crafted words, are creating a society of contempt, scorn and unbridled derision.  Former president Barack Obama recently called out and exposed the so-called “woke culture”:

Want to be popular on social media? Express moral outrage and create a virtual lynch mob:

“If you constantly express anger in your private conversations, your friends will likely find you tiresome, but when there’s an audience, the payoffs are different—outrage can boost your status. A 2017 study by William J. Brady and other researchers at NYU measured the reach of half a million tweets and found that each moral or emotional word used in a tweet increased its virality by 20 percent, on average. Another 2017 study, by the Pew Research Center, showed that posts exhibiting ‘indignant disagreement’ received nearly twice as much engagement—including likes and shares—as other types of content on Facebook.”

The deviousness of these social media “warriors” can’t be overstated:

“The philosophers Justin Tosi and Brandon Warmke have proposed the useful phrase moral grandstanding to describe what happens when people use moral talk to enhance their prestige in a public forum. Like a succession of orators speaking to a skeptical audience, each person strives to outdo previous speakers, leading to some common patterns. Grandstanders tend to ‘trump up moral charges, pile on in cases of public shaming, announce that anyone who disagrees with them is obviously wrong, or exaggerate emotional displays.’ Nuance and truth are casualties in this competition to gain the approval of the audience. Grandstanders scrutinize every word spoken by their opponents—and sometimes even their friends—for the potential to evoke public outrage. Context collapses. The speaker’s intent is ignored.”

The obvious consequences of not looking the other in the eye:

“Human beings evolved to gossip, preen, manipulate, and ostracize. We are easily lured into this new gladiatorial circus, even when we know that it can make us cruel and shallow. As the Yale psychologist Molly Crockett has argued, the normal forces that might stop us from joining an outrage mob—such as time to reflect and cool off, or feelings of empathy for a person being humiliated—are attenuated when we can’t see the person’s face, and when we are asked, many times a day, to take a side by publicly ‘liking’ the condemnation.”

Young people are especially vulnerable into being manipulated and weaponized to join virtual lynch mobs:

“In 1790, the Anglo-Irish philosopher and statesman Edmund Burke wrote, ‘We are afraid to put men to live and trade each on his own private stock of reason; because we suspect that this stock in each man is small, and that the individuals would do better to avail themselves of the general bank and capital of nations and of ages.’ Thanks to social media, we are embarking on a global experiment that will test whether Burke’s fear is valid. Social media pushes people of all ages toward a focus on the scandal, joke, or conflict of the day, but the effect may be particularly profound for younger generations, who have had less opportunity to acquire older ideas and information before plugging themselves into the social-media stream.

“Our cultural ancestors were probably no wiser than us, on average, but the ideas we inherit from them have undergone a filtration process. We mostly learn of ideas that a succession of generations thought were worth passing on. That doesn’t mean these ideas are always right, but it does mean that they are more likely to be valuable, in the long run, than most content generated within the past month. Even though they have unprecedented access to all that has ever been written and digitized, members of Gen Z (those born after 1995 or so) may find themselves less familiar with the accumulated wisdom of humanity than any recent generation, and therefore more prone to embrace ideas that bring social prestige within their immediate network yet are ultimately misguided.

“For example, a few right-wing social-media platforms have enabled the most reviled ideology of the 20th century to draw in young men hungry for a sense of meaning and belonging and willing to give Nazism a second chance. Left-leaning young adults, in contrast, seem to be embracing socialism and even, in some cases, communism with an enthusiasm that at times seems detached from the history of the 20th century. And polling suggests that young people across the political spectrum are losing faith in democracy.”

Lack of agreed upon moral foundations results in social chaos:

“Social media has changed the lives of millions of Americans with a suddenness and force that few expected …… Compared with Americans in the 18th century—and even the late 20th century—citizens are now more connected to one another, in ways that increase public performance and foster moral grandstanding, on platforms that have been designed to make outrage contagious, all while focusing people’s minds on immediate conflicts and untested ideas, untethered from traditions, knowledge, and values that previously exerted a stabilizing effect. This, we believe, is why many Americans—and citizens of many other countries, too—experience democracy as a place where everything is going haywire.”

The creator of the retweet button: “We might have just handed a 4-year-old a loaded weapon”:

“Developer Chris Wetherell built Twitter’s retweet button. And he regrets what he did to this day …… ‘I was very excited about the opportunity that Twitter represented,’ Wetherell said, noting that he initially felt the retweet button would elevate voices from underrepresented communities.

“Before Wetherell joined Twitter, people had to manually retweet each other — copying text, pasting it into a new compose window, typing ‘RT’ and the original tweeter’s handle, and hitting send. With the retweet button, Twitter wanted to build this behavior into its product — a standard practice in tech that, at the time, was performed without much thought.

“’Only two or three times did someone ask a broader and more interesting social question, which was, ‘What is getting shared?’ Wetherell said. ‘That almost never came up.’

“After the retweet button debuted, Wetherell was struck by how effectively it spread information. ‘It did a lot of what it was designed to do,’ he said. ‘It had a force multiplier that other things didn’t have. We would talk about earthquakes,’ Wetherell said. ‘We talked about these first response situations that were always a positive and showed where humanity was in its best light.’

“But the button also changed Twitter in a way Wetherell and his colleagues didn’t anticipate. Copying and pasting made people look at what they shared, and think about it, at least for a moment. When the retweet button debuted, that friction diminished. Impulse superseded the at-least-minimal degree of thoughtfulness once baked into sharing. Before the retweet, Twitter was largely a convivial place. After, all hell broke loose — and spread.”

The motive for most online moral outrage is simply to feel good and get a narcissistic mental high:

“’Anger is a public epidemic in America; it contaminates everything from media controversy to road rage to wars to mass shootings,’ according to Jean Kim, a psychiatrist for the US Department of Health and Human Services and assistant professor at George Washington University. Kim says that anger is addictive—it feels good and overrides moral and rational responses because it originates from our primordial, original limbic system—the lizard brain, if you will. This is the part of our brain that responds automatically and is directly connected to the fight-or-flight response system. It controls adrenaline rushes, including those fueled by anger. Outrage gives us an unhappy high we keep trying to replicate……

“Complex issues are simplified to fit in a tweet or headline and the messages make us feel good, even while they make us mad. The simplification creates an illusion that problems are easier to solve than they are, indeed that all problems would be solved if only they (whoever they are) thought like us.”

Must Read on social media and tech manipulation – why most people are essentially puppets (and don’t really care that they are):

This Is How Your Fear and Outrage Are Being Sold for Profit https://medium.com/@tobiasrose/the-enemy-in-our-feeds-e86511488de

How Technology is Hijacking Your Mind — from a Magician and Google Design Ethicist https://medium.com/thrive-global/how-technology-hijacks-peoples-minds-from-a-magician-and-google-s-design-ethicist-56d62ef5edf3

How Puppet Master Trump Manipulates and Controls the Left https://www.mybestbuddymedia.com/2018/11/how-puppet-master-trump-manipulates-and.html