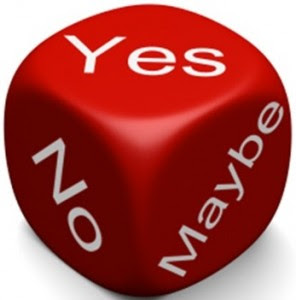 The human body is an incredibly complex machine and the diseases that viciously attack it equally complex and difficult to eradicate. Knowing this, devious alternative medicine “doctors” take advantage of most people’s lack of knowledge regarding the human body, diseases and modern medicine in general.  They also love the fact that basic critical thinking is rarely taught in schools, making many people easy pickings for clever, smooth-talking snake-oil salesmen. The following are just five of the primary ploys used. Many more are outlined in the Related Posts.

Quack medicine advocates dupe their listeners and readers when:


----They take advantage of the human need for certainty and correctly say that in modern medicine there is no certainty. There is certainty in their alleged “cure”. This takes advantage of the majority of people’s ignorance of the scientific process:


“This should come as no surprise to those committed to science-based medicine because there is a profound conflict between our human desire for certainty and the uncertainty that is always inherent in so much of our medical knowledge. The reason is that the conclusions of science are always provisional, and those of science-based medicine arguably even more so than many other branches of science. Why? Because medicine involves applying imperfect science to the treatment of disease. Often that application produces clear-cut cures. Arguably more often, though, the results are more mixed and less satisfyingly clear-cut (e.g., the treatment of chronic diseases) ……..Take that craving for certainty and mix in some dichotomous thinking and any conclusion of medicine that isn’t 100% certain becomes very uncertain.”

----They claim that since there is no perfect consensus among scientists and doctors over an issue, there is no consensus at all. They fail to say that at least 95% do agree. There will always be outliers for a wide number of motivations. The hapless victim is never told this.

A good example of this irrational thinking is from David H. Gorski, MD, PhD, science writer and surgical oncologist at the Barbara Ann Karmanos Cancer Institute. He writes about the occasionally unhinged Bill Maher:

“Basically, Bill Maher, when interviewing Dr. Jay Gordon, kept harping on the uncertainty in medicine as a reason to doubt the safety and efficacy of vaccines, to doubt the conclusions of science, listing examples of dietary recommendations that changed, of Accutane being withdrawn from the market, and various other examples of when new findings led to significant changes in medical practice. Basically, his entire line of ‘reasoning’ if you can call it that, was exactly the flaw in thinking that I listed above: If we don’t know everything then we know nothing, but with an additional point. If we don’t know everything about everything in medicine, then anything is possible, no matter how much evidence against it exists; e.g., a link between vaccines and autism.”

----They unreasonably demand a 100% cure rate from conventional medicine, especially when it comes to cancer. Their victims are never told of their abysmally low “cure” rate, and if they do find out, the cancer quack is ready with a list of excuses. As Dr. Gorski writes:

“Because I specialize in the surgical treatment of breast cancer, I understand that it’s incredibly scary to be diagnosed with cancer, even a cancer like breast cancer, which most of the time can be treated with a high likelihood of long-term survival or ‘cure,’ if you will. Most patients, even those who believe in cancer quackery, will accept that surgery ‘works’, because it’s fairly intuitive that removing a cancer will treat it, but far more have a problem with chemotherapy and radiation. That’s why there are so many women with alternative medicine cancer cure testimonials who, when you examine their stories more closely, turn out to have accepted surgery but refused chemotherapy and/or radiation and were, in essence, lucky enough to have been ‘cured’ by the surgery. In any event, the same sorts of arguments are common. If there isn’t a 100% cure rate, then conventional cancer treatment is useless and a dangerous mix of ‘cut, burn, poison’.”

----They cite studies that supposedly disprove accepted conventional treatments, such as the numerous successful methods used to treat cancer. There may be 1,000 studies and trials that back the treatment, but if there are 5or 10 that don’t, they cite those and ignore the rest, never telling their victims the truth. The fact is there are numerous reasons for studies to reach different conclusions, such as small sample size, lack of proper controls, not double blind, randomized tests, etc.

----They are relentless in using the unethical and immoral propaganda method known as “firehosing”:

“Firehosing relies on pushing out as many lies as possible as frequently as possible. That’s typical for propaganda, but the aspect that makes firehosing a unique strategy is that it doesn’t require the propagandist to make the lies believable. That seems counterintuitive, but as Carlos Maza of Vox explains, firehosing is effective because its goal isn’t to persuade. It’s to rob facts of their power. Firehosing inundates us with so many wild opinions that it becomes exhausting to continually disprove them. In this scenario, reality is reduced to positioning and who can sell their position best.

“The strategy is effective for those trying to hold on to political power, and it’s the same for those who gain power from engaging in science denial. Anti-vax influencers such as Jay Gordon and Andrew Wakefield can keep repeating disproved claims – and in the case of Wakefield, doing so despite having had his medical license revoked – because their lying effectively debases reality and gains them followers and fame in the process. It’s the same for media personalities such as Bill Maher, who grow an audience and build a powerful brand by taking up outsider positions, regardless of whether those positions go against all objective evidence.”

The Facts On Cancer Survivorship: What The Quacks Don’t Want You To Know http://www.mybestbuddymedia.com/2017/02/good-news-on-cancer-survivorship.html