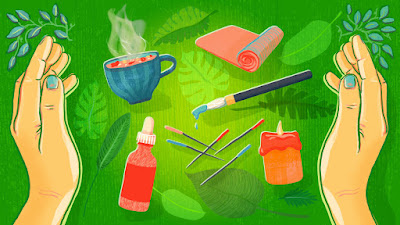 There aren’t too many people in the feral world of modern medicine more subtle, devious and surreptitious than practitioners of alternative medicine. You have to give them credit. They’ve honed their crafty skills not only from personal experience but from the manuals written and courses taught by fellow fabricators. They look their patients in the eye and calmly spew outright lies, knowing the placebo effect may actually prove them right. When the patient gets worse or dies, then they have their list of excuses that is more sacred to them than the Ten Commandments. Fortunately there is a Judgement Day when all imposters will be exposed.


James E. Alcock’s  Belief: What It Means To Believe And Why Our Convictions Are So Compelling provides an excellent overview and summary of numerous subjects where swindlers are abundant. Below are a few excerpts dealing with alternative medicine.


Alternative medicine stacks the deck. They cannot be wrong no matter the outcome:

“If a patient improves for whatever reason and to whatever degree following treatment, the alternative therapy gets the credit. If there is no improvement or if there is deterioration, the alternative therapy can be excused on various grounds – for example, that it was not started soon enough or that conventional medicine had already ‘poisoned’ the patient. Sadly, a few years ago a former school chum was diagnosed with cancer. She sought treatment through naturopathy and believed that it was working. As time went on, it became clear the cancer was growing, and so she finally opted for chemotherapy while continuing with the naturopathic treatment. After she succumbed to the cancer, some of her friends defended naturopathy, claiming she had died because ‘the chemo poisoned her.’”

Modern medicine offers no cures for some conditions, and desperate patients flock to sly smooth-talkers offering a “remedy”:

“Some medical problems, such as chronic aches and pains, cannot be eliminated completely. Once again, repeated visits to a physician are likely to be frustrating for physician and patients, but the encouragement and hope provided by an alternative therapist is rewarding.”

Alternative medicine benefits from the information overload of health issues covered on TV and on the internet:

“Media coverage of health risks and disorders leads people to worry inappropriately about their health, and this results in superfluous trips to doctors. This in turn leads to a frustrated and disappointed patient when the physician seems to lose interest. In contrast, alternative practitioners typically respond with interest and compassion.”

Alternative medicine offers a more personal, “bedside manner” that most of modern medicine is neglecting:

“Unlike interactions with the family doctor of a half-century ago, a visit to a modern physician is typically a very brief one, and most often terminates with either a prescription for pharmaceuticals, a referral for tests, or a referral to a specialist. In addition, the traditional relationship between physician and patient has always involved a pronounced imbalance of power, which has often resulted in restrictive communication, leaving many feeling that they have not obtained all the information that was desired from the doctor.

“Alternative practitioners, on the other hand, typically strive to be socially engaging, and they provide a much more positive social interaction and spend more time with you. They appear to understand your problem and to be interested in you and your life. They are generalists who, unlike family physicians, rarely refer you to someone else. A patient is likely to leave the alternative practitioner’s office with a sense that the practitioner has listened, and understood, cares, and knows what to do. Follow up appointments are usually made to monitor progress.”

“Some people fear surgery, chemotherapy and radiation. Many people have become worried about the long-term effects of medication, and indeed some widely used drugs have turned out to have lethal effects on some people, while other medications have resulted in addiction. Alternate therapies, on the other hand, are always touted as being completely safe, as well as effective.

“Steve Jobs, the marketing genius who headed Apple Corporation, developed a rare, slow growing form of pancreatic cancer, but put off for several months the recommended surgical removal of the tumor while he instead relied on alternative treatments, including acupuncture and dietary supplements. Before he died, he explained why he had not immediately undergone the potentially lifesaving surgery. ‘I didn’t want my body to be opened … I didn’t want to be violated in that way.’”

Alternative medicine deceives the public when they advertise themselves as genuine “doctors” who practice “medicine”:

“We all regularly rely on authorities for important information, but often the boundary is blurred between genuine experts and those who promote pseudoscience. It is often difficult for lay people to distinguish between them. This difficulty is increased by the usage of the title ‘doctor’ by naturopaths, chiropractors, and others, whose therapies also often qualify for insurance coverage. Terms such as ‘alternative medicine’ and ‘complimentary medicine’ add to the confusion because people infer that they are part of medicine. In addition, some practitioner organizations, such as those set up by chiropractors and naturopaths, are well organized and market their therapies in such a way as to misleadingly suggest that their treatments are supported by good science.”

Acupuncture is a prime example of alternative medicine’s dependence on the person and placebo. Study after study has shown sham and genuine acupuncture with the same results:

“The differences between the results obtained with real and sham acupuncture are small and not clinically relevant. Crucially, they are probably due to residual bias in these studies. Several investigations have shown that the verbal or non-verbal communication between the patient and the therapist is more important than the actual needling. If such factors would be accounted for, the effect of acupuncture on chronic pain might disappear completely.”

Homeopathy is an excellent example of alternative medicine that is so absurd, it is not far-fetched to consider it occultic, which has a lure for some:

“(The) active substance has been diluted in the ratio of one part substance to ninety-nine parts of water and then this is repeated with succession two hundred times in a row. The resulting probability that there contains even one molecule of the active substance is incredibly small, one over 10400  (one followed by four hundred zeros). Put this in perspective: the total number of atoms in the entire universe is estimated to be very much smaller, only about 10100, that is, one followed by a mere 100 zeros. Clearly homeopathic remedies have virtually nothing of the original substance left. But homeopaths argue that because of ‘water memory’, the ‘essence’ of the original substance remains and stimulates the body to heal itself.”

Source
James E. Alcock, Belief: What It Means To Believe And Why Our Convictions Are So Compelling, Prometheus Books, 2018