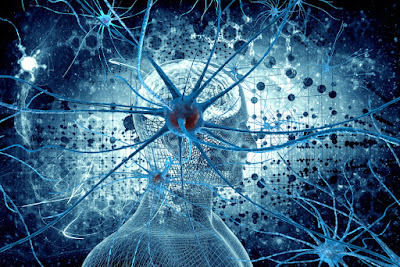 The popularity of “cognitive enhancers” has never been greater, and the evidence never flimsier. Not only are bold claims unverified, but the ethics are dubious. The FDA only requires that they don’t cause harm, not if they actually work. Below is a summary of the issues involved, including a broader assessment of dietary supplements in the Related Posts.


All downsides and no upside:


“With neurodegenerative disease, the most common example of pseudo-medicine is the promotion of dietary supplements to improve cognition and brain health. This $3.2-billion industry promoting brain health benefits from high-penetration consumer advertising through print media, radio, television, and the internet. No known dietary supplement prevents cognitive decline or dementia, yet supplements advertised as such are widely available and appear to gain legitimacy when sold by major US retailers. Consumers are often unaware that dietary supplements do not undergo US Food and Drug Administration (FDA) testing for safety or review for efficacy. Indeed, supplements may cause harm, as has been shown with vitamin E, which may increase risk of hemorrhagic stroke, and, in high doses, increase risk of death. The Alzheimer’s Association highlights these concerns, noting that many of these supplements are promoted by testimony rather than science. These brain health supplements can also be costly, and discussion of them in clinical settings can subvert valuable time needed for clinicians and patients to review other interventions.”

The deviousness and underhandedness can’t be overstated:

“Recently, detailed protocols to reverse cognitive changes have been promoted, but these protocols merely repackage known dementia interventions (eg, cognitive training, exercise, a heart-healthy diet) and add supplements and other lifestyle changes. Such protocols are promoted by medical professionals with legitimate credentials, offer a unique holistic and personal approach, and are said to be based on rigorous data published in reputable journals. However, when examining the primary data, the troubling and familiar patterns of testimony and cargo cult science emerge. The primary scientific articles superficially appear valid, yet lack essential features, such as sufficient participant characterization, uniform interventions, or treatment randomization with control or placebo groups, and may fail to include sufficient study limitations. Some of these poor-quality studies may be published in predatory open access journals.”

“Coenzyme Q10, or ubiquinone, is an antioxidant that occurs naturally in the body and is needed for normal cell reactions. This compound has not been studied for its effectiveness in treating Alzheimer’s. A synthetic version of this compound, called idebenone, was tested for Alzheimer’s disease but did not show any benefit. Little is known about what dosage of coenzyme Q10 is considered safe, and there could be harmful effects if too much is taken.”

“Ginkgo biloba is a plant extract containing several compounds that may have positive effects on cells within the brain and the body. Ginkgo biloba is thought to have both antioxidant and anti-inflammatory properties, to protect cell membranes and to regulate neurotransmitter function. Ginkgo has been used for centuries in traditional Chinese medicine and currently is being used in Europe to alleviate cognitive symptoms associated with a number of neurological conditions.

“However, results of a large, multicenter Phase 3 clinical trial conducted by several branches of the National Institutes of Health showed that ginkgo was no better than a placebo in preventing or delaying Alzheimer’s disease.

“The Ginkgo Evaluation and Memory (GEM) Study enrolled 3,000 individuals age 75 or older who had no signs of dementia or had mild cognitive impairment (MCI). Participants were randomly assigned to receive twice daily doses of either a placebo or 120 milligrams of ginkgo biloba extract. They were followed up every six months for six years. Researchers found no statistical difference in rates of dementia or Alzheimer’s disease between the ginkgo and placebo groups. Learn more about the GEM study results.”

“Experts agree that more research is needed, and there is not yet sufficient evidence to recommend DHA or any other omega-3 fatty acids to treat or prevent Alzheimer's disease.”

“In January of this year, the New York State Attorney General sued the makers of Prevagen for false advertising claims, since there’s no evidence its jellyfish-based formula can help improve memory as it claims. ‘We sent letters to at least five major networks who were airing these ads,’ says Bonnie Patton, director of the consumer watchdog group Truth in Advertising. ‘And guess what? Prevagen ads are still airing.’

“Prevagen is hardly alone. Though it's targeting the 59-and-older set who watch cable news, Prevagen is just one of many nootropics on the market, each aimed at a different kind of audience. There's Brain Dust, made by spiritual hippie foodie guru Amanda Chantal Bacon, which targets the Gwyneth Paltrow-admiring Goop set. There's Qualia, made by a group called Neurohacker Collective, that appears targeted at professionals and emphasizes its scientific approach, and Nootrobox, which offers a whole cocktail of different brain enhancers and a complete guide to biohacking—to name just three. As baby boomers hit the age that memory normally starts to fade, and as Silicon Valley pours money into the biohacking fad, the market for chemical cognitive enhancers like these is booming.”

Duping the public by way of predatory open-access publishing:

“Predatory open-access publishers are those that unprofessionally exploit the gold open access model for their own profit. That is to say, they operate as scholarly vanity presses and publish articles in exchange for the author fee. They are characterized by various level of deception and lack of transparency in their operations.  For example, some publishers may misrepresent their location, stating New York instead of Nigeria, or they may claim a stringent peer-review where none really exists.”