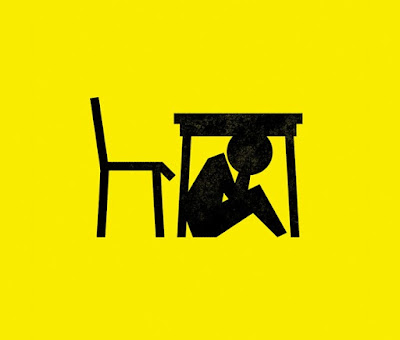 The National Center for Education Statistics reports that, on average, 95% of public schools in the U.S. run regular, live-shooter lockdown drills. Journalists from the Washington Post analyzed the numbers and estimate that 4.1 million students experience at least one drill annually. Of these, 220,000 students are in kindergarten or preschool. It may seem obvious that such drills are necessary, but many psychologists, educators and social workers are coming to a different conclusion.

It is next to impossible to scientifically and intelligently come to the conclusion that active-shooter drills in schools are effective in any way:

“Case studies are difficult to parse. In Parkland, for example, the site of the recent shooting, Marjory Stoneman Douglas High School, had an active-shooter drill just [a] month [before the massacre]. The shooter had been through such drills. Purposely countering them may have been a reason that, as he was beginning his rampage, the shooter pulled a fire alarm.”

The hard numbers may be uncomfortable and surprising, but difficult to refute:

“Deaths from shootings on school grounds remain extremely rare compared with those resulting from accidental injury, which is the leading cause of death for children and teenagers. In 2016, there were 787 accidental deaths (a category that includes fatalities due to drowning, fires, falls, and car crashes) among American children ages 5 to 9—a small number, considering that there are more than 20 million children in this group. Cancer was the next-most-common cause of death, followed by congenital anomalies. Homicide of all types came in fourth. To give these numbers yet more context: The Washington Post has identified fewer than 150 people (children and adults) who have been shot to death in America’s schools since the 1999 shooting at Columbine High School, in Colorado. Not 150 people a year, but 150 in nearly two decades.”

So what? Why not have the drills anyway? What’s the downside?


“Time and resources spent on drills and structural upgrades to school facilities could otherwise be devoted to, say, a better science program or hiring more experienced teachers. Much more worrying: School-preparedness culture itself may be instilling in millions of children a distorted and foreboding view of their future. It’s also encouraging adults to view children as associates in a shared mission to reduce gun violence, a problem whose real solutions, in fact, lie at some remove from the schoolyard.”

The sad fact is that these drills only add to the anxiety felt by many American children:

“Decades later, a new generation of disaster-preparedness policies—this time geared toward guns rather than nuclear weapons—appear to be stoking fear once again. A 2018 survey by the Pew Research Foundation determined that, despite the rarity of such events, 57 percent of American teenagers worry about a shooting at their school. This comes at a time when children are already suffering from sharply rising rates of anxiety, self-mutilation, and suicide. According to a landmark study funded by the National Institute of Mental Health, 32 percent of 13-to-18-year-olds have anxiety disorders, and 22 percent suffer from mental disorders that cause severe impairment or distress. Among those suffering from anxiety, the median age of onset is 6.”

The load of stress is increased on children who are already dealing with negative experiences in their day to day lives:

“Being small and powerless is inherently stressful. This is true even when nothing especially bad is going on. Yet for many children, especially bad things are going on. Nearly half of American children have experienced at least one ‘adverse childhood experience,’ a category that includes abuse or neglect; losing a parent to divorce or death; having a parent who is an alcoholic or a victim of domestic violence; or having an immediate family member who is mentally ill or incarcerated. About 10 percent of children have experienced three or more of these destabilizing situations. And persistent stress, as we are coming to understand, alters the architecture of the growing brain, putting children at increased risk for a host of medical and psychological conditions over their lifetime.”

Why subject these drills on children and not adults?

"How misguided to take young brains already bathed in stress hormones and train them to fear low-probability events such as mass shootings—and how little most of us think about what we’re doing. Whereas much adultification involves subjecting kids to things we adults do to ourselves (sleep too little, rush too much), we are at some distance from the harms being inflicted in schools. Even though only a quarter of shootings that involve three or more victims take place at schools, we seldom hear about realistic live-shooter drills in nursing homes, places of worship, or most workplaces. They would likely inconvenience if not incense adults, and scare away business. But we readily force them on children.”

Government and academic researchers believe the focus should be on prevention. The question is: How can attacks be anticipated and stopped long before the shooter enters the school?

“Answering that question is difficult for much the same reasons that parents can have a hard time knowing whether their child's behavior indicates merely a short-term problem or something much graver. The researchers compiled a list of characteristics and behaviors that many of the shooters shared, and concluded, ‘there was no single profile of these kids that would be scientifically reliable,’ says Dewey Cornell, a psychologist at the University of Virginia who worked closely with the Secret Service and the FBI. ‘People say, ‘Well, these kids are victims of bullying, these kids are paranoid, these kids play violent video games, these kids are narcissistic.’ And many of the kids who have committed school shootings have those traits. But so do a million other kids. And this is a problem of specificity—that is, you find characteristics, but they're not specific enough to be useful.’”

What if someone was shooting? More than 4 million children endured lockdowns last school year, a ground-breaking Washington Post analysis found. The experience left many traumatized    https://www.washingtonpost.com/graphics/2018/local/school-lockdowns-in-america/

What Are Active-Shooter Drills Doing to Kids? The psychological effects of realistic simulations could be dangerous https://www.theatlantic.com/health/archive/2018/02/effects-of-active-shooter/554150/

Call for Action to Prevent Gun Violence in the United States of America   https://curry.virginia.edu/prevent-gun-violence