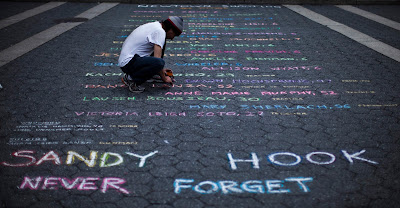 Was 9/11 an inside job? Who really killed JFK? Was the moon landing faked? Are aliens manipulating our DNA? Did the Royal Family murder Princess Diana? What really happened at Sandy Hook Elementary School? With the help of TV’s The X-Files, and mantras like “The truth is out there” and “I want to believe”, there is no end to the all-too-human need for conspiracy theories.

Believers in these theories are privy to special knowledge that most of humanity is ignorant of. All is not as it seems as shadowy figures are secretly working behind the scenes to orchestrate all manner of nefarious schemes. A covert network of sinister elite is manipulating world media and brainwashing mankind to perceive and believe fiendish fabrications and dangerous illusions. Theorists are smarter than a sleepy public who will one day awaken to terrible truths that theorists knew all along.


The internet has facilitated the proliferation of self-proclaimed pundits claiming to expose secret plots. We’re living in the “Age of Misinformation”. One political scientist correctly asserted: “as the global networks of the information age become increasingly entangled, many of us are overwhelmed and undermined by an all-pervasive uncertainty.”

Many conspiracy theorists are so paranoid they believe the CIA has secretly “planted” the more outrageous media conspiracy pundits to make the movement look foolish and their beliefs ridiculous. In other words, the ones trying to expose the cover-up are actually part of the cover-up.

Astrophysicist and UFOlogist Jacques Vallée contends this is happening in the UFO community: “It would be easier to discredit conspiracy movements from within, by actively spreading ever more convoluted, implausible, absurd theories, thereby manufacturing an atmosphere in which conspiracy theorists are invariably seen as unhinged wack-jobs who aren’t worth paying attention to.”

The tragic Sandy Hook Elementary School shooting on December 14, 2012 is a good example of the work of conspiracy theorists. During the initial chaotic minutes and hours, it took investigators time to correctly piece together exactly what happened in order to properly inform the public. In the meantime the media was scrambling for any morsel of information and broadcast several rumors that were later retracted. As falsely reported, there was no second gunman, no man in military fatigues was seen nearby, and the gunman’s shocked brother was not the killer. He was working in Manhattan desperately declaring his innocence on Facebook!

Conspiracy theorists immediately seized on the confusion and chaos at the school. Their social media accounts and web sites asserted that:

--- This was a US Government false-flag operation. (This is a term that “describes covert operations that are designed to deceive in such a way that the operations appear as though they are being carried out by entities, groups, or nations other than those who actually planned and executed them.”)
--- There was more than one gunman.
--- They were under the CIA’s mind control methods.
--- The parents of the victims were “crisis actors”.
--- President Obama faked his tears on TV.
--- The media’s numerous retractions proves the cover-up.
--- The CIA coerced the media into telling the public what the Government wanted the American people to know.

On the behavior of many theorists, one passionate commentator observed: “Like hungry wolves stalking wounded prey, these saliva-drippers feast on human misfortune to satisfy their insatiable, multi-fangled appetites for secrecy, intrigue and conspiracy.”

“Online, thousands of people trawled through close-circuit TV images, news footage, amateur photos and videos, and eyewitness accounts from the scene of the explosions looking for anomalies. A widely circulated picture taken the moment one of the bombs exploded captured a guy apparently striding across the roof of a nearby building, leading to suggestions that the man had had something to do with the explosions. Another image captured two shady-looking men wearing hats and backpacks, presumed to be military contractors who had secretly orchestrated the attack. Another pointed out the resemblance between an injured man and a soldier who lost both his legs in Afghanistan two years earlier, which was passed around as evidence that the bombing had been staged, the victims merely acting.”

The weather is not immune to conspiracies. In August 2005 Hurricane Katrina killed at least 1,800 people in New Orleans and surrounding areas. Theorists were typically quick to pounce: “Some merely allege that the levees were deliberately destroyed in an act of profiteering or ethnic cleansing; others claim that the hurricane was conjured up out of thin air by the Bush government using powerful secret military weather manipulation technology.”

Many genuinely believe that “shape-shifting reptilian people control our world by taking on human form and gaining political power to manipulate our societies.”

Simple logic affirms that information must first be gathered and then conclusions drawn. Conspiracy theorists do it in reverse. Conclusions are immediately and confidently asserted and then “facts” are desperately searched for in order to provide “evidence” for their beliefs.

It doesn’t take much to validate a conspiracy theory. Beliefs are endlessly intricate, convoluted and rooted firmly in paranoia. Observers of theorists have noted: “If mainstream sources of information are part of the conspiracy, then the very fact that an idea has been rejected by scientists, academia, or the media can be taken as evidence of its validity.”

Conspiracy theorists are an eclectic group with a wide range of beliefs. Psychologists and science writers have met with many of them and discovered some interesting characteristics. Brotherton summarizes the research:

“Not only are conspiracy theorists more likely to accept pseudo-science such as astrology and alternative medicine, but they’re more likely to reject mainstream science and its products, such as vaccines and genetically modified foods … Someone who believes conspiracy theories is more likely to be into New Age spiritualism – which includes all manner of metaphysical notions, such as karma, reincarnation, astral projection, energy healing, and the idea that the whole cosmos is some kind of unbroken living whole.”

One of conspiracy theorists’ most devious methods is to cherry-pick information to back their beliefs and ignore all contradictory evidence. Let’s say there is a significant event that theorists want to exploit. There are 100 generally agreed upon facts concerning the event. Theorists will meticulously look for 5 to 10 facts that seem to have a loose correlation or connection to each other and to previous suspicious events. They will seize on those and delete the 90 to 95 that may raise questions concerning their assertions. They will then present their theories to their followers and say: “You see! Look at the connections! What did I tell you?!”

There are numerous motives and reasons for these unconventional beliefs. One of them is the appeal to the need for psychological pleasure in making momentous “discoveries”. Neuroscientists explain that dopamine, a neurotransmitter that helps control the brain's reward and pleasure centers, "...rewards us for noting patterns and finding meaning in sometimes insignificant events." For an overview see 21 Quick & Undeniable Facts Exposing Conspiracy Theorists http://www.mybestbuddymedia.com/2013/12/conspiracy-theories.html