How To Form Opinions That Are Accurate & Intelligent (Part Two) 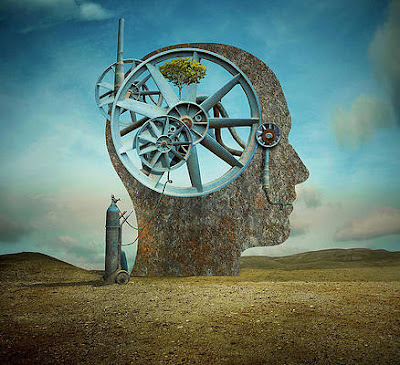 ---The reality that we all have preconceived notions and cognitive biases that we need to be aware of and correct, if necessary

---We think we know when we really don't know

---They don't teach critical thinking in schools, so we have to do the work

---Science is not perfect but better than believing and living lies

The final four points for actually using the billions of brain cells and trillions of connections to these cells is below.

People who reject verifiable, hard-core science are haters of truth and only live for their agenda:

"Be alert to those who may be devaluating scientific knowledge and expertise. Be especially wary of those who discredit scientific knowledge in ways that support a corporate or political agenda. During the late spring of 2020, politicians who supported early reopening of businesses and reversal of stay-at-home policies designed to protect people from getting Covid-19 were motivated by their support for economic revitalization but were not always putting public health advice first. Be cautious about attempts to cast known truths as unsettled ones. Current claims about a 'post-truth' society can easily numb one to the need to stay vigilant in asserting the basic principles involved in expecting and respecting truthfulness."

Never, never allow your emotions to control you:

"Know the role of your emotions. Be aware of your own hot-button topics, and recognize the role your emotions play in engaging with information on these issues. This will help you avoid foreclosure, leaping to a conclusion too quickly before getting all the information you need to make a thoughtful decision. Employ your 'scientific attitude', remaining open to new ideas, even if you are emotionally attached to prior ideas; and then be sure to employ critical evaluation of the new ideas. Seek evidence. Be equally attentive to positive emotions that enhance science understanding, such as scientific curiosity, scientific awe. Nurture them."

What hidden motives are you hiding?

"Examine the motivations in your reasoning. Before you seek information on a topic, ask yourself what it is you want to believe, and then remain open to new, perhaps contradictory findings and new evidence. Seek the best available evidence, and assess its credibility and the sources. If you're searching online, consider the search terms you employ and whether they bias the search toward a particular conclusion. If you're reading graphs or an explanation of scientific findings that run counter to what you are motivated to believe, try to stay open-minded. Explain the findings to yourself, and ask if you would find them acceptable if they were about another topic, one with less emotional impact. Be as thoroughly skeptical of findings that support your position as those that don't."

"Be willing to consider different points of view. Open yourself to scientific findings that run counter to your group's beliefs. When close friends and affinity group members advocate a particular stance that you might question, ask for their sources of evidence, and dig deep to assess their validity. Share your doubts with someone you trust. Seek allies with different, scientifically based points of view, and find out how others have navigated such terrain. For example, if your mother's group advocates delaying or avoiding vaccinations, try not to take their advice on faith; instead, explore what and why the research says, and then talk to others outside your group who have made different choices. Ask for their sources of knowledge, and search further on your own. Recognize that you're making a decision for the best interest of your child as well as your community."

Gale M. Sinatra and Barbara K. Hofer, Science Denial: Why It Happens and What to Do About It, Oxford University Press, 2021

Some of the world's most notable brains share their secrets for staying smart https://www.gq-magazine.co.uk/article/how-to-be-intelligent-everyday

Every Single Cognitive Bias in One Infographic   https://www.visualcapitalist.com/every-single-cognitive-bias/