Anxiety, Depression and A Better Brain: The Undeniable Effects of Exercise 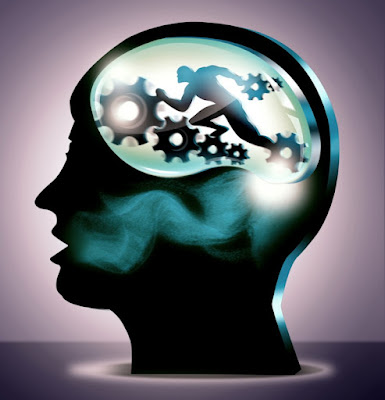 The science and personal assertions of the benefits of exercise in alleviating or completely obliterating depression has skyrocketed in just the last 15 years. Some are calling it a type of mental magic. People's overall mental health and sense of well-being is noticeably and, in many cases, drastically improved. Anxiety levels are reduced for many committed to a serious exercise regimen. The following is a summary of some of the latest scientific findings.

"Some of the strongest evidence for the mental benefits of exercise centers on depression ........  In 2016, Hovland and his colleagues searched the published literature and identified 23 clinical trials that tested the effectiveness of exercise in treating depression. Taken as a whole, those studies found that exercise was roughly as effective as antidepressant drugs, they concluded.

"And exercise offers several advantages. For one thing, antidepressant medications generally take several weeks or months to show their full effect. Exercise can improve mood almost immediately, making it a valuable supplement to frontline treatments such as drugs or therapy, notes Brett Gordon, an exercise psychology researcher at the Penn State College of Medicine. Plus, he says, exercise can counteract some of the unpleasant side effects of antidepressants, such as weight gain.

"In addition, exercise has few of the negative side effects that are so common in drug therapies for depression and other disorders. 'Many people who have mental health concerns are not enthusiastic about starting a medication for the rest of their lives, and are interested in pursuing other options. Exercise might be one of those options,' says Jacob Meyer, an exercise psychologist at Iowa State University."

"The evidence that exercise can help is also strong for anxiety disorders. The brain changes prompted by BDNF appears to enhance learning, which is an important part of some anti-anxiety therapies. This suggests that exercise may be a useful way of improving the effectiveness of such therapies. One of the standard therapies for PTSD, for example, involves exposing patients to the fear-causing stimulus in a safe environment, so that the patients learn to recalibrate their reactions to trauma-linked cues — and the better they learn, the more durable this response might be.......

"For one thing, relatively strenuous exercise teaches people to put up with short-term discomfort for long-term gain. People who suffer from anxiety disorders such as PTSD or panic attacks often show a reduced ability to tolerate mental discomfort, so that experiences most people would cope with result in uncontrolled anxiety instead. There’s now emerging evidence that regular exercise builds tolerance for internal discomfort, and this may explain part of its benefit in managing these conditions......"

The science on how exercise boosts the brain:

"Scientists have come up with a few ideas about how exercise enhances mental health, says Patrick J. Smith, a psychologist and biostatistician at Duke University Medical Center in North Carolina, who wrote about the subject in the 2021 Annual Review of Medicine with his Duke colleague Rhonda M. Merwin. It doesn’t seem to have much to do with cardiovascular fitness or muscular strength — the most obvious benefits of exercise — since how hard a person can work out is only weakly associated with their psychological health. Something else must be going on that’s more important than mere fitness, says Smith.

"One likely possibility is that exercise buffs up the brain as well as the body. Physical exercise triggers the release of a protein known as brain-derived neurotrophic factor (BDNF). As its name suggests, BDNF is one of the key molecules that encourage the growth of new brain cells — including, possibly, in the hippocampus, a brain region important in memory and learning. Since the hippocampus tends to be smaller or distorted in people with depression, anxiety and schizophrenia, several experts point to this as one possible way exercise helps manage these conditions.

"Sure enough, studies show that people with depression have lower levels of BDNF — and, notably, one effect of antidepressant drugs is to increase production of that molecule. Researchers have not yet shown directly that the exercise-associated increase in BDNF is what reduces depressive symptoms, but it remains one of the most promising possibilities, says Hovland."

A rise in self-confidence:

"Micah Allen, a neuroscientist at Aarhus University in Denmark who studies interception—how the messages coming from the body feed into our inner lives—says that, in his own experience, increasing his strength through climbing had unexpected side-effects that spilled over into life and work. 'Climbing is something where you start off and you literally don’t know if you’re going to have the strength to make it to the top of the route and back down,' he says. But as he progressed, he started to notice a creeping sense that he was more capable in other walks of life too. 'Before, if I had a meeting with someone, I could be more easily intimidated or more nervous,' he says. 'But something about that implicit sense of confidence of knowing what my body was doing, purely anecdotally to me, it definitely did have an effect.'

"There is some evidence to suggest that his hunch is correct. Research confirms that people who do more physical activity tend to score higher score on a scale of 'global self-efficacy'—which measures their sense of how much control they have over their lives. The effect is seen in healthy adults, children and adolescents alike, and according to studies comparing different forms of exercise, strength training has faster and more powerful effects on self-esteem than improvements in cardiovascular fitness and other kinds of exercise that focus on balance or flexibility."

On the Surprising Link Between Physical Strength and a Healthy Brain   https://lithub.com/on-the-surprising-link-between-physical-strength-and-a-healthy-brain/

Natural High: The Effects of Exercise on Depression  http://www.mybestbuddymedia.com/2014/02/exercise-depression.html