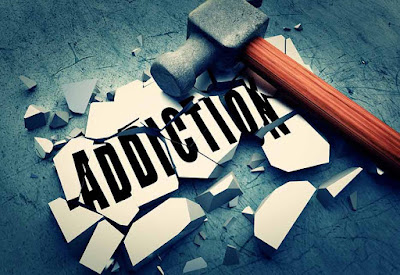 New and exciting scientific evidence is mounting that rigorous exercise like high intensity interval training or running can effectively help addicts drastically reduce cravings, help in recovery and restore parts of the brain that have been damaged by alcohol and drugs.

“What happens immediately when you begin to run is you get a boost in dopamine, noradrenaline, and serotonin, just as if you were taking a little bit of Prozac and a little bit of Ritalin.


“Many of the great [exercise] studies have been done on smokers because nicotine, which is really our toughest addiction, acts similar to drugs of abuse by pumping up the dopamine system. Smoking cravings are intense. One of the ways of dealing with them is to go for a run or a brisk 10-minute walk. Not only is that a positive activity, it changes the brain chemistry so you are much less responsive to stressors. It just is a fact. It takes more to stress you out than it did before running.”

“The Reactive is more animalistic. It’s your craving, you’re going for it, you’re being pushed from below. When you start running, you build additional brain connections to help break the craving and hold back the Reactive, to make it less potent. Reflective is more of a decision behavior. You have goals and motivation, an overall wish, other activities. You’re building up the frontal cortex, which promotes new and wonderful learning to help you achieve your goals.”

Wendy Lynch, Ph.D., an associate professor of psychiatry and neurobehavioral sciences at the University of Virginia School of Medicine in Charlottesville compiled almost 100 studies into a comprehensive article titled, “Exercise as a Novel Treatment for Drug Addiction: A Neurobiological and Stage-Dependent Hypothesis,” published in the June 2013 issue of Neuroscience and Biobehavioral Reviews:

“In the early stages of addiction, where dopamine is primarily motivating drug use, exercise also activates dopamine. So it could serve as an alternative to the drug reward and prevent future drug use. We’ve shown even modest amounts of exercise can reverse relapse vulnerability …..  Exercise acts like a drug on the brain chemicals. But it’s a good type of drug that enhances systems that are in deficit. It re-regulates brain functions and can prevent relapse.”

“The studies are showing that there’s definitely an effect in the interaction between physical activity and the way that we respond to drugs. Some of the research has started to document the molecular mechanisms responsible for these interactions, but that’s in the very early stages. But we don’t need to wait for all of the evidence, to cross all the T’s and dot all the I’s, before we can recommend it.”

The Odyssey House treatment centers in New York City are just one example of incorporating fitness into treating long-term addiction. Running and marathon training are a big part of recovery. Since 2000, 350 recovering addicts have crossed the finish line at the New York City Marathon:

“Our popular Run for Your Life program brings residents of all ages together several times a week to walk or run in New York’s Central Park. Many of our clients and grads—some who had never run before coming to Odyssey House—go on to run in the New York City Marathon.”

Caleb Daniloff, a Boston based author of two books on running, wrote about his addiction and recovery in Runner’s World:

“Fast-forward 17 years and I’m catching my breath near the 14,115-foot summit of Colorado’s Pikes Peak, my race bib fluttering in the wind. Bracing myself at the halfway mark of the grueling mountain marathon, taking in the countless jagged switchbacks I’d just picked across, I couldn’t help but think about the distance I’d put between Then and Now. And the irony: that after nine marathons and thousands of miles, this is how I get high. Standing on a vast rooftop shingled with mountain peaks, the thin air fizzing my brain, I was feeling pretty buzzed. And grateful. I largely have running to thank for my transformation. After years of face-plants (literal and figurative) and a self-image curdled by guilt and self-loathing, a simple pair of running shoes had returned momentum, even joy, to my life and allowed me to evolve into a capable person—a genuine human being.”

Daniloff is realistic about running being a cure-all for every addict:

“I don’t want to suggest that running is inherently a better approach than others, such as AA. But 18 years down the road, it’s played a leading role in my life, and for whatever reasons (perhaps divine grace), I never relapsed. When it comes to sobriety, I’m a believer that we all must forge our own paths. For some, perhaps for many, running is just one of several tools. Plenty of runner friends in recovery whom I admire and respect swear by the 12-step approach.”

Natural High: The Effects of Exercise On Depression http://www.mybestbuddymedia.com/2014/02/exercise-depression.html