9 MORE Common Characteristics of People Who Get Duped 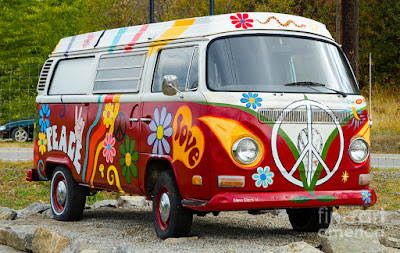 People who get duped have weaknesses and vulnerabilities that leave them open to a slick, smooth-talking fraudster or enticing and engaging internet marketing. Here is part two – nine more common characteristics.

Some people who get duped grew up in the 1960’s counter-culture movement or were influenced by parents or mentors who adopted those beliefs. They reject science and reason and opt for a personalized transcendence apart from conventional religion. They believe in choosing their own reality and all opposing evidences are dismissed. New Age thinking, astral projection, shamanistic traditions, Eastern philosophies, invisible energies, holistic medicine and mind-altering drugs are just a few facets of these latter-day revolutionaries. This easily leaves them susceptible to any new or long-standing beliefs that are advocated by religious cult leaders, snake-oil salesmen/women, or conspiratorial alarmists.


People who get duped are always staring at their screens and make considerably less eye contact with others than is healthy. Whereas historically the most extreme and eccentric beliefs were on the fringes and hard to come by, digital technologies have changed everything. With over two billion Facebook users and over a billion web sites, an army of like-minded believers are there 24/7 to reinforce opinions and convictions, no matter how outlandish or the depth of contrary evidence. Facts have become personal and subjective. Pseudo-scientific smooth-talkers rake in more than enough money to produce the most dazzling, highest quality web sites, YouTube channels and TV programs. The duped now blissfully surf the net on waves of deception, willingly oblivious to prickly points of contention.

People who get duped have a strange notion that they immediately need to come to a conclusion on any particular issue. They may be encountering a controversial issue for the first time or may have fleetingly brushed past it here and there over the years. They know they don’t have all the facts – in most cases, a tiny percentage of the details. Or they are well-informed on the points and arguments on one side of the issue and very little on the other side. If they would give someone their opinion, would they be able to answer: “What are the top three counter-arguments to your point?” They would utterly dread sitting down for an hour with an authority or expert from the other side because they very well know they would be humiliated. This all too common impetus to hastily form an opinion and come to a conclusion leads inevitably down a rocky road of stumbles, blunders and troubles.

People who get duped aren’t just lonely, they are desperately lonely. This opens them up to being victimized while searching for love in any one of the numerous dating and match-making web sites. The FBI Internet Crime Complaint Center logged 14,546 victims of romance scams in 2016, with losses of at least $220 million. Emotional fulfilment and romantic destiny are the top objectives in life. The predator sets up a fake profile of a handsome man or beautiful woman, develops an intimate over-the-internet relationship, showers them with warm words of affection, then suddenly is in a financial crisis ….. you know how it ends.

People who get duped are desperate or greedy for money, and don’t think clearly when an easy get-rich-quick or an amazing financial opportunity scheme is made to them. Pyramid schemes, guaranteed stock picks, debt collection and sweepstakes scams are prevalent and always updated and refined to fool as many as possible. Similar to romance scams, any sense of desperation results in wishful thinking taking hold. Critical thinking is put aside as the victim refuses to recognize any warning signs or too-good-to-be-true pitches that cleverly and deviously promise to meet basic needs or unrealistic desires.

People who get duped are easily intimidated and give in to fear and anxiety. A perfect example is during tax time, when criminals will phone or send a convincing email from the IRS. They insist a lot of money is owed and threaten serious consequences if payment is not immediately made. The phone caller will be clever and aggressive, while the email will look legitimately from the government. Another method is simply to ask for personal information, not money, and identity theft later takes place. A basic fact to remember – The IRS never phones or emails. They only contacts taxpayers by U.S. mail. Another example took place in 2014, when scammers took advantage of people’s fears and concerns over the Ebola virus. Snake-oil type remedies were sold to cure or prevent Ebola.

People who get duped don’t understand even the basics of how their computer, smart phone, tablet or other remarkable technology works. The scammer – supposedly from Microsoft or Apple - calls warning of a mysterious “bug” that has or will infect their device, and impresses by using all types of technical jargon. The victim gets in a sudden panic and needs “saving” from the horror of actually going without his / her device for even a minute! This limited knowledge of technology leads to a tendency to trust anyone who seems to be tech savvy and is calling from the big company.

People who get duped are so dazzled by the glitzy advertising that they have no interest in reading the fine print. Many offers over the internet come with a free one-month trial and low monthly fee just to cover shipping and handling. Hidden in the fine print are additional fees that obligate the buyer to pay and come with a very difficult cancellation process. In many cases the consumer’s only recourse is to cancel their credit card. The search engine tineye.com scours the web for identical photos of the happy customer’s testimonial. If the same person is gushing over other products, you know it’s fake.

People who get duped easily give in to peer pressure. They have good, close relationships with family and friends ---- a little too good. When controversial issues are brought up in conversation, some people may not want to disappoint or be at odds with family members. Adults may want to be on good terms with colleagues at work. For teenagers, the need to be popular and accepted with friends is often the most important thing in their lives. They give in to peer pressure on critical matters like drinking alcohol, smoking, drugs, sexual behavior, bullying, truancy, vandalism and violence.

10 Common Characteristics of People Who Get Duped http://www.mybestbuddymedia.com/2017/08/10-common-characteristics-of-people-who.html