10 Common Characteristics of People Who Get Duped 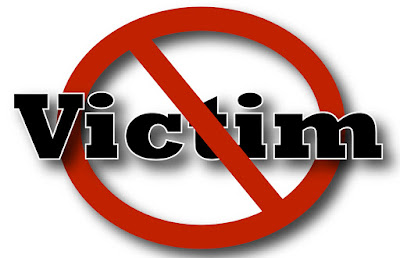 Maintain a safe distance from these ten common characteristics and getting hoodwinked will be a rare and unusual occurrence. Numerous concrete examples are in the related posts below.

People who get duped are permanently wedded to a particular belief and no amount of evidence can prove otherwise. When a good counter-argument is heard, what ensues is an existential crisis, a panic attack, and the first emotional and often spiteful thing that comes to mind is immediately spewed out. The audacity of disagreement is met with righteous indignation. The specifics of the counter-arguments are avoided like the plague.


People who get duped have egos bigger than a California redwood. Smooth-talking, snake-oil con artists appeal to their ego by telling them they are the select few, special people who are “in the know”.  Any counter-point is a conspiracy designed to trick them into landing in the camp of the evil beasts looking for prey. Ego-boosting half-truths and outright lies are generously gushed out to those desperate to confirm their epic stature.

Dopamine rushes are of critical importance to those who regularly get duped. The brain receives a reward, a pleasurable feeling, when secret information and elaborate conspiracies are figured out and believed. This becomes addictive and the addicts will have nothing to do with those who may try to take away that high.

Spiritual bankruptcy is common among those who get duped. Their lives being exercises in frustration, lacking meaning and authentic purpose, they desperately seize on the first thing that sounds reasonably plausible. Once believed, a sense of purpose emerges, a sense of mission, and a community of like-minded individuals further validates and imbues significance and worthy objectives.

People who get duped are easily outraged and fall for all shrewd appeals to outrage crafted by master manipulators. Alex Jones is king of this. Having dubious arguments, he couches his points with secret information and perceived injustices that infuriate his listeners. This cleverly circumvents the intellect, resulting in the listener having a weak argument that is easily negated by anyone who is level-headed and unemotional over whether something is true or a lie.

People who get duped have a chip on their shoulder. Painful life circumstances or events have led to a pervasive sense of bitterness. Their tragedies are legitimate, but the response is self-destructive and poisonous. As long as someone feeds them dubious info that nurtures their bitterness, hard, irrefutable facts are disdained. The autism and anti-vaccine crowd are walking down this path.

People who get duped don’t keep reasonably well-informed with what’s going on and are easy prey to even the most basic and simple scams. Email get-rich-quick scams still get their victims today even though it’s hard to find someone who is not aware of this internet con. Telephone, financial, lottery, ticket and pyramid scams are rife across the US and the world. Many people spend most of their time in fantasy – binge TV, 24 hour sports, romance novels, and video games. Keeping up with current events is not fun and thus not a priority. The media regularly reports on the most common scams so ignorance is no excuse.

People who get duped have little or no concept of critical thinking. The educational system has been irresponsible and failed miserably in this – choosing to teach many subjects of no practical use instead of providing tools that will enhance and affect every thought and life choice. This lack of properly and intelligently scrutinizing ideas and pitches leads many down the abyss of errors in judgement and self-inflicted injuries.

People who get duped are caught up in celebrity culture and are guilty of celebrity worship. Gwyneth Paltrow, Suzanne Sommers, Jenny McCarthy, Reese Witherspoon and Jessica Alba are just a few actresses who are now health gurus.  They preach generally agreed upon advice like exercise and healthy eating, but then come out with an endless number of wellness products and health conspiracies that have zero basis in science or reality. This doesn’t dissuade those who want to identify with a cool, good-looking, successful, rich and famous goddess among the dull, dreary masses.

People who get duped are always looking for the easy way out. Instead of the self-discipline and self-denial of healthy meals and rigorous exercise, they fall for snake-oil health gurus’ “weight loss in a pill” or supplements with near miraculous healing or nourishing powers. Also, they eagerly accept simple one-liner explanations to complex medical conditions instead of taking the time to learn all the intricate nuances and factors.