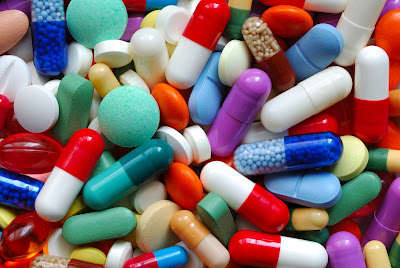 Consumer’s Reports recently undertook an exhaustive study of the medication madness in the United States. Just a few of the sobering facts:

---- The Centers for Disease Control and Prevention and the Food and Drug Administration report that in 2014 almost 1.3 million Americans were rushed to hospitals due to harmful prescription drug effects. About 124,000 died.

---- The market research firm IMS Institute for Healthcare Informatics reports that at least $200 billion per year is spent “on the unnecessary and improper use of medication, for the drugs themselves and related medical costs”.


---- Many of the problems arise when patients see and are given prescriptions from two or more doctors. In many cases there is little to no communication between the physicians.

---- While some pills are not 100% safe, they are critical for treating devastating and often deadly diseases.

---- The big drug companies, along with busy doctors trying to see as many patients as possible, have spawned a culture of treating even the slightest ailment or symptom with one or more pills.

The attraction and benefits to avoiding drugs can’t be overstated. Fortunately, there are alternatives. Not the pseudo-scientific, alternative medicine offerings that have no evidence and are in some cases harmful. Drugs can sometimes be avoided by simple but demanding lifestyle changes. Below are 12 of the most common examples of the conditions that can best be alleviated by these healthier changes. The drugs most often prescribed for these conditions are right below. The non-drug options, meaning the lifestyle changes, and when to consider taking the drug, are found at: https://www.consumerreports.org/prescription-drugs/times-to-try-lifestyle-changes-before-drugs/

1. ADHD
Drugs: Antipsychotics such as Abilify and Seroquel.

2. Back & Joint Pain
Drugs: Nonsteroidal anti-inflammatories such as Advil, Aleve, and Celebrex; opioids such as OxyContin and Percocet.

3. Dementia
Drugs: Antipsychotics such as Abilify and Seroquel.

6. Insomnia
Drugs: Sleeping pills such as Ambien, Belsomra, and Lunesta.

8. Osteopenia, or Preosteoporosis (Bone Density at the Low End of Normal)
Drugs: Bisphosphonates such as Actonel, Boniva, and Fosamax.

9. Overactive Bladder (Sudden or Frequent Need to Urinate)
Drugs: Anticholinergics such as Detrol and Oxytrol.

10. Prediabetes (Blood Sugar Levels at the High End of Normal)
Drugs: Blood-glucose-lowering drugs such as Actos and Glucophage.

“When it comes to risks from prescription drugs, seniors face triple jeopardy. They’re more likely to take multiple meds and more susceptible to side effects due to physical changes that accompany aging. And they’re at a higher risk of drug interactions, partly because they tend to take more meds ……. It’s not surprising, then, that older adults are twice as likely to suffer a side effect serious enough to require a trip to an ER, and seven times more likely to be hospitalized as a result, according to the Centers for Disease Control and Prevention.”

To reduce those risks, ask your physicians these questions:

Is This Drug Safe for Someone My Age?
Will a Lower Dose Work Just as Well?
Do I Need to Treat the Problem So Aggressively?
Is This Prescription Still Necessary?

The Choosing Wisely campaign focuses not only on unnecessary medication, but on all types of needless health care.

The Hard Science on Fitness and the Elderly  http://www.mybestbuddymedia.com/2016/08/the-hard-science-on-fitness-and-elderly.html