Pseudo-Health: 6 More Ways Liars and Hustlers Use Confirmation Bias To Dupe The Public 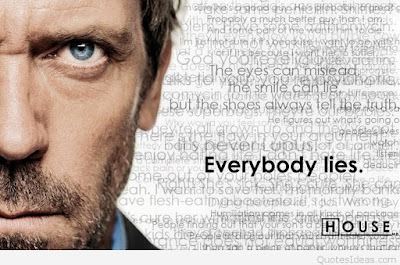 “Everybody lies” according to Dr. House, but some are better at it than others. In fact, some are certified and licenced in the art of deception. Liars and hustlers are sly smooth talkers who are savvy at influencing people to their fraudulent point of view. They either have products to sell or are raising fears and paranoia over totally unsubstantiated dangers. This is especially rife in the precious area of human health. Below are six more devious and shameless ways liars and hustlers actively use or take advantage of Confirmation Bias to influence and retain their followers and/or the public.


Get Them To Be Your Social Media Ambassadors

Liars and hustlers know once they’ve made a customer excited about their products, not only will they tell others, primarily by social media, but he/she will be unusually quiet when it becomes evident that the product hasn’t lived up to its advertising. The exaggerated and often completely false claims made by most supplement and herbal marketers are a perfect example. The limited placebo effects soon wear off when the customer realizes the benefit is limited and a far cry from its boastful and slick marketing. A good overview is from this fine site:

“Using confirmation bias is indeed a clever marketing technique. While marketing any product, companies will explain the grandeur or the positive points of any product, which will be proved once the consumer uses that product, and confirms it. The truth is, there might be some features of the product that might be common, and might usually go unnoticed by the consumer. Thus, the customer already has formed a good opinion of the product, and all he does is collect evidence to confirm the information. In that pursuit, he may sideline some negative traits of the product. Thus, simply exhibiting and proudly proclaiming any positive thing about the product wins half the battle for the marketer.”

Get Them To Believe in Conspiracies

Liars and hustlers are well aware if they can get people to believe in conspiracy theories, they could get them to believe pretty much anything. Major food conglomerates are poisoning millions with GMOs! Big Pharma is murdering millions of people annually by withholding the cure for cancer! Once they fall for this, Confirmation Bias trains believers to only accept information that supports their view, and all contrary evidence is a conspiracy:

“Let’s say there is a significant event that theorists want to exploit. There are 100 generally agreed upon facts concerning the event. Theorists will meticulously look for 5 to 10 facts that seem to have a loose correlation or connection to each other and to previous suspicious events. They will seize on those and delete the 90 to 95 that may raise questions concerning their assertions. They will then present their theories to their followers and say: ‘You see! Look at the connections! What did I tell you?!’”

Get Them To Fall in Love With A Health Guru

Liars and hustlers in the medical field know that celebrity health gurus are far more influential than a total stranger hawking a supposed remedy. Suzanne Somers and Gwyneth Paltrow are just two among many who use their celebrity to pose as “experts” and sell their health products. Confirmation Bias is eagerly employed because of celebrity worship. The same is true for any competent and admired conventional or alternative medicine doctor:

“Likewise, under some circumstances, we may be biased to confirm desires and expectations of others, because social norms seem to require it. Suppose a patient perceives her practitioner as a good healer (smart, well-trained, hard-working, confident, and compassionate). Under such circumstances, a social ‘norm of reciprocity’ embodied in ‘demand characteristics’ of a therapeutic encounter, may persuade her to rationalize treatment success. That is, she may report (and believe) that treatment was helpful--not because it was, but because her perception of her role as ‘patient’ demands it of her.”

The liars and hustlers in pseudoscience love the treasure of government information available. Like gold miners, they select what they like and ignore the rest:

“One of the hallmarks of pseudoscience is an over-reliance on confirmation rather than refutation of a hypothesis. The anti-vaccine crowd are well-known for this particular violation of the scientific method. As discussed previously, science works on refutation–creating experiments that might actually disprove a hypothesis as a method to develop evidence in support of it. The anti-vaccination crowd actually hypothesizes (but not in a scientific sense) that a vaccine or set of vaccines was the causal factor in some side effect (autism, death, or whatever else), then they should establish an experiment (double-blinded of course) that would refute that hypothesis. If at some point, the data cannot refute it, then the anti-vaccinationists would have supporting data for their particular supposition.

“But instead of actually performing experiments (which cost money, which may show that they are wrong, or which might not be ethical), they resort to mining data to prove their point. Data mining is dangerous, because of Confirmation Bias, that is, finding information or data that supports a belief while ignoring all other data that does not, makes the data suspect or even useless.

“So, in that vein, the anti-vaccinationists often mine data from any database they can find, such as the Vaccine Adverse Event Reporting System (VAERS),  which is a program for vaccine safety, managed by the Centers for Disease Control and Prevention (CDC) and the Food and Drug Administration (FDA). VAERS functions as a post-marketing safety surveillance program (similar to other programs for almost every regulated medical device and pharmaceutical) which collects information about adverse events (whether related or unrelated to the vaccine) that occur after administration of vaccines.

“VAERS has numerous limitations, including lack of scientifically designed questions, unverified reports, underreporting, inconsistent data quality, and absence of an unvaccinated control group. VAERS is basically a collector of information, but has limited value in making conclusions since it does not provide information that is obtained in a controlled manner.  However, it does have some usefulness, in that certain trends may be spotted given enough time and data points.”

Get Them To Fear Western Medicine

Liars and hustlers in the medical field know when they create a sinister, evil enemy, they can then present any alternative they want:

“Drugs and surgery are not part of Alternative Health Care (AHC). Fear of surgery and of the side effects of drugs alienate many people from scientific medicine. AHC is attractive because it does not offer these frightening types of treatments. Furthermore, scientific medicine often harms patients. AHC treatments are usually inherently less risky and less likely to cause direct harm.

“Selective thinking and confirmation bias can easily lead one to focus on cases where surgeons amputate the wrong limb, remove the wrong part of the brain, or kill a patient by administering too much anaesthetic or radiation. Many people ignore the millions of patients who are alive and well today because of surgery or drugs. They focus instead on the cases of patients who die after ‘routine’ surgery, who are permanently disabled because of an adverse reaction to a drug, or who are killed by a deranged nurse acting as a self-appointed ‘mercy’ killer.

“While it is true that scientific medicine is not without its risks--even fatal risks--it is unreasonable to reject it altogether on these grounds. Reasonable people can't ignore the diabetics now alive and well, thanks to their drugs, or the millions of people who owe their lives to vaccinations against lethal or crippling diseases. We can't ignore the millions whose pain is gone thanks to surgery, or who owe their continuing existence to successful medical treatment involving both drugs and surgery.”

Drown Them In A Whirlpool of Hysterical and Unsubstantiated “Proofs”

Liars and hustlers know once they have their followers spinning helplessly in a whirlpool of misinformation, there is no superhero on his/her way to save the day.

“Now that we have gone over a few examples, let’s turn to what I think is the most dangerous aspect of confirmation biases: their ability to reinforce a belief. Every time that an anti-vaccer sees a non-existent vaccine injury, it reinforces their belief that vaccines are dangerous, which is obviously a big problem. This goes back to the circle of ignorance that I mentioned earlier. For one reason or another, anti-vaccers decided that vaccines are dangerous. Because of that belief, they see ‘vaccine injuries’ that aren’t really there, and those ‘vaccine injuries’ then make them even more convinced that vaccines are dangerous. It is a never-ending circle that sinks them deeper and deeper into ignorance and conspiracy theories. Further, this situation is made even worse by online groups where anti-vaccers can see the anecdotes of other anti-vaccers. Here again, their confirmation biases cause them to blindly accept these stories as evidence against vaccines, even though it is illogical to do so.”