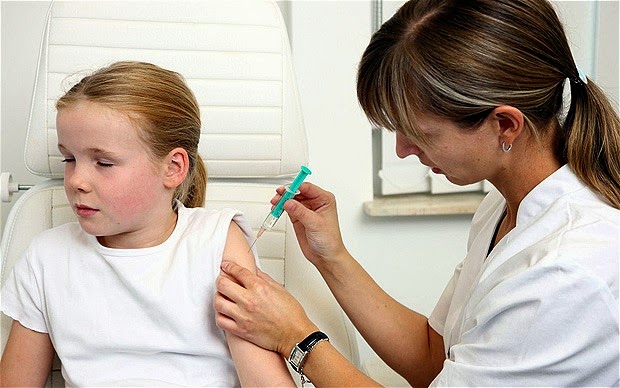 Despite modern vaccinations having prevented untold horrors on millions of children both historically and presently, irrational fears that vaccines cause autism persist. The worries have zero backing from the medical community. Numerous studies and clinical trials have proven time and again the efficacy and safety of vaccines. It is easy to feel for beleaguered parents having to deal with the unfortunate scourge of their child’s autism. However, their misplaced blame inevitably leads them into the greedy clutches of all sorts of medical quacks and snake oil peddlers.


The controversy was first ignited in 1998 by British doctor Andrew Wakefield’s published research asserting autism was caused by the measles vaccine. The mainstream media in Britain and the U.S. broadcast the findings and millions of parents were suddenly anxious about their children’s regular vaccines. Many stopped the vaccinations altogether. However, Wakefield was soon discredited. Scientist after scientist, in study after study, could not confirm Wakefield’s findings. Then an investigative journalist discovered Wakefield’s study was paid for by a lawyer attempting to bolster a huge law suit against several pharmaceutical companies. It was all about the money. The British medical journal The Lancet, where the study was first published, retracted the article. Wakefield was also barred from practicing medicine in England.

Dr. Paul Offit is among the world’s leading specialists in vaccination. He is head of the Division of Infectious Diseases and the director of the Vaccine Education Center at the Children’s Hospital of Philadelphia. He deplores the inherent dangers of the anti-vaccine movement’s disinformation: “The problem with waning immunization rates in the United States isn’t theoretical anymore. Recent outbreaks of measles, whooping cough, mumps, and bacterial meningitis show a clear breakdown in population immunization. Children are now suffering the diseases of their grandparents. It’s unconscionable.”

In his recent book, Deadly Choices: How The Anti-Vaccine Movement Threatens Us All, Offit writes that these outbreaks, suffered mainly by children, “… have caused hundreds to suffer and some to die … die because their parents feared vaccines more than the disease they prevent.”

Writing in the Wall Street Journal, Offit gives examples close to home:
“ … between 2009 and 2010 more than 3,500 cases of mumps were reported in New York City and surrounding area. In 2010 California experienced an outbreak of whooping cough larger than any outbreak there since 1947. Ten children died. In the first half of 2012, Washington suffered 2,520 cases of whooping cough, a 1,300% increase from the previous year and the largest outbreak in the state since 1942. As of Aug. 29, about 600 cases of measles have occurred in the U.S. in 2014: the largest outbreak in 20 years—in a country that the Centers for Disease Control and Prevention declared measles-free in 2000.”  Watch the video:  https://www.wsj.com/articles/paul-a-offit-the-anti-vaccination-epidemic-1411598408

Because some babies, and all children, are always in the company of numerous other children, there is an inherent responsibility not to risk the lives of one’s own kids as well as the lives of others in the community. Babies are not old enough to get vaccinated – if infected by an un-vaccinated child, they will get sick and could die. Many children cannot be vaccinated because they have a weak immune system. They depend on the healthy ones to be vaccinated so their compromised systems won’t become infected with a disease.

In the United States, a recent press release from the Center for Disease Control and Prevention reported that children’s vaccination rates ranged from 92% to 74%, depending on the specific vaccine. In spite of the encouraging signs, the Center issued a caution:

“National coverage of children 19-35 months old with at least one dose of the measles, mumps, and rubella (MMR) vaccine is 92 percent.  While seemingly high, 1 in 12 children did not receive their first dose of MMR vaccine on time, underscoring a sizeable proportion of children that remain susceptible.  As of Aug. 22, 2014, 592 measles cases had been preliminarily reported in the United States, the most cases of any year since 1994. Measles is most frequently brought to the U.S. by unvaccinated U.S. travelers returning from abroad, and it can spread quickly in communities with groups of unvaccinated and under-vaccinated people.”  http://www.cdc.gov/media/releases/2014/p0828-infant-vaccination.html


In Canada, homeopaths have been selling unproven alternatives to vaccines for prices ranging from $16 to $200. See the hidden camera investigation: “Vaccines: Shot of Confusion (CBC Marketplace)”

Michael Specter: The danger of science denial (vaccines and GMO’s)