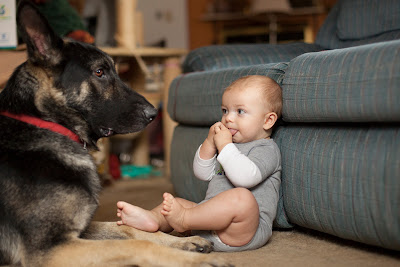 A pediatrician speaks out about pit bulls:


“For parents who are looking for advice about choosing a safe family pet, and are wondering about the safety of pit bulls, I recommend listening to pediatric medical experts, not a dog trainer or animal welfare organizations.

“As a pediatrician, I have devoted my career to promoting the health and safety of children. Dog trainers and animal welfare organizations are primarily interested in the welfare of the animals. Unfortunately, about a million pit bulls are in U.S. shelters at any given time. Animal welfare organizations equate success with reducing those numbers through adoptions. Which means the priority is not on you or your family’s safety………

“In my professional opinion, pit bulls do not belong in homes with children. The medical data is clear. Pit bulls cause about half of the severe injuries to children, and very often the worst of the injuries. The majority of other dog breeds don’t pose remotely this risk.

“Of course, not every pit bull will attack. But, unfortunately, you can’t tell which ones will. And if they do — and enough of them do — one moment can mean the difference between life and death of a child or a disfiguring injury and a life of pain, scars and emotional trauma.

“Pit bull defenders want you to think that it’s normal for a dog to maul or kill thousands of children. It’s not. The vast majority of dog breeds have never killed or mauled a child — no matter how they are raised.”

“Every dog, regardless of training, has a breaking point.” Below is the most honest and realistic video of child safety around dogs. The sad part is that since children are always inclined to misbehave and disobey, and since parents can’t possibly be watching them every single second of the day, why introduce a situation where your child’s face will be torn off because of just one small mishap?

“It started playfully but ended in tragedy ……. Family members say it has never bitten or attacked anyone before …… It has no history of being hostile toward people …… His family says that he and as many as nine other children often played with Gava in the back yard and could think of no reason as to what could have caused the dog to attack.”


“Neither dog had any history of violence.”


“The breed is usually very good with children, but cautions you should never leave a young child unattended with the dog, especially with children that are new to the home.”

“My dog has never shown any sign of viciousness or aggression whatsoever in the past.”


“Some neighbors say this case is a reminder that seemingly well-behaved dogs can be unpredictable ……. Adults must always supervise when dogs are together with little kids. ‘They can put their hands in the dog’s mouth, they could poke the dog in the eye.’”


“The dog loves cats and my niece is over all the time and plays with the dog.”

“I treated these dogs like children. They never had a fight. They ate out of the same bowls. I don’t know what happened.”

“Bubba has never bitten anyone …… ‘The animal never showed aggression. So of course I had built a relationship with the animal over the past year, which is why I trusted the animal would not hurt me or my child.’”


“She seemed to be mellow and friendly, the family instantly fell for the dog …… They shared a close bond, two-year-old Aria and her Golden Retriever Chow Mix  Avalon ……. But animal experts will tell you even the friendliest of dogs will snap.”


“Delta …. said it does comply with the Air Carrier Access Act by allowing customers with emotional support animals to fly without a kennel. Quote: If they provide required documentation and if the animal is fully trained and meets the same requirements as a service animal.”


“Everyone loved them and they loved everyone. They weren’t mean dogs ……. Both dogs were trained to love, as they always protected her sister’s 7-month old son Jackson.”


“These dogs don’t seem vicious. I walk by the fence and they don’t jump or anything.”


“Lucky was never a rude dog towards anyone or any animal or anybody. …… All the kids he loved playing with them. We would take him to the park. He would love playing at the park. He was never an aggressive dog.”


“I have little kids come over, play with them all the time.”


“She loved him, and he loved her, and all it took was a split second for her to turn over the cat food, and he heard the food and in a split second, that’s what happened.”


“The mother said the dog has always been friendly to her, to baby Paige, and to her older daughter. And she said Paige has been around the dog her entire life. ‘He ate by us, he slept by us, he follow us. Sometimes I have her in her car seat and he just go over there and check on her…’”


“Neighbors say the two dogs are usually friendly. ‘The child has been out in the yard playing with the dogs.’ …… ‘You can never, ever be totally trusting of a dog that’s of medium or large size. You always have to watch your children.’”


“She says her nephew wanted to pet the two pit bulls that lived here on Clear Street in Lowell, something he enjoyed in the past.”