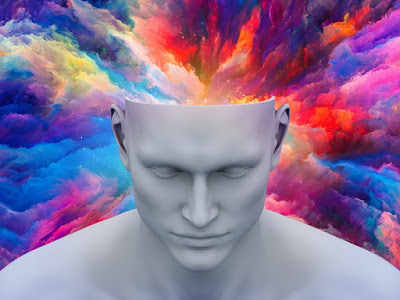 Clarity of thought and critical thinking is a lost art not engaged in by many. Most people think with their emotions, take the easy route, or are chiefly concerned with their ego when they face an issue that requires laborious thought and honest scrutiny. The education system has failed multiple generations by not teaching critical thinking. Educators who decide the curriculum have to take responsibility for not giving young people the tools needed to make wise life decisions. The self and societal wounds inflicted as a result fall in part at the feet of these alleged “educators”. Below are 16 quick tips to enhance clarity of thought, followed by several related posts that go into more detail.

Questions to ask of medical studies and claims:

----Who funded the research? Can the conclusions reached be therefore tainted?


----Was the research published in a professional scientific journal? There has been a tremendous proliferation in recent years in the number of “scientific” journals that are not peer-reviewed and the alleged researchers only have to pay a hefty sum to get published.

----How many people did the study include? Some papers have only about 25 while others have thousands.

----Was a “control group” used? Meaning one half of the participants received the actual medication being studied while the other half unknowingly received a placebo.

----What was the wording of the research question? Clever pollsters and researchers know how to frame a question to get the desired answers.

----Is the evidence presented and claims made for a product based solely on testimonials and anecdotes? Or on double-blind, randomly controlled trials?

----When a TV news reporter is attempting to explain the results of a medical study in a two minute segment – Is he/she adequately explaining it? Is jargon being used that the average person would not know the meaning of? Are there other studies that back this one up? Is the reporter sensationalizing the details of the study? Is there a sly attempt to communicate the results to fit the reporter’s own point of view?


Questions to ask of advertisements:

----Fifty per cent less fat than what? The competition’s similar product? The firms original product?

----Happy Cereal with milk provides all the breakfast nutrition you need – How much is from the milk and how much strictly from the cereal?

----Leading scientific reports conclude that this supplement will burn off the fat – Were they sourced from genuine scientific journals or pseudo publishers that anyone can buy in to?

----Am I primarily being influenced by the beautiful actors and upbeat music, instead of the cold hard facts?

Questions to ask of yourself:

----When I hear or read reasonably sounding conflicting points of view, do I just choose to adopt the view of the source I had previously liked and agreed with? Or will I take the time and effort to objectively evaluate and sift through the information?

----When I hear or read a point that obliterates my arguments, do I immediately revert to a primal reaction of ego defensiveness? Is this actually about my pride? Or do I honestly and humbly try to get to the bottom of the issue?

----Is my priority in life being popular or on good terms with friends and family, so I just go along with their opinions? Am I afraid of being prickly and disagreeable? Am I just being politically correct? Even though the position taken conflicts with my values?

----Define your terms. Know the meaning of the specific words you are discussing. This excerpt from Diane Swanson’s Nibbling On Einstein’s Brain (Annick Press) provides an example:

“Even something as obvious as traffic deaths needs defining before it can be researched. Find out how your health department, highway department, coroner’s office, local and regional police departments, and insurance companies define road traffic deaths. Do some definitions include only victims found dead on the road, while others also count those who died in hospitals within a week? A month? An Year? What about people with traffic injuries that later led to death by heart attacks or pneumonia? If a helicopter crashed on the highway, would the deaths of its occupants count as road traffic deaths? Imagine the confusion if researchers comparing the road traffic deaths in two cities relied on local police reports that used different definitions.”

----Last but definitely not least, the benefits of rigorous regular exercise on brain health and clarity of thought can never be overstated:

“There are many ways exercise improves cognitive health. Aerobic exercise (also known as cardio) raises your heart rate and increases blood flow to your brain. Your increased heart rate is accompanied by harder and faster breathing depending on the intensity of your workout. As your increased breathing pumps more oxygen into your bloodstream, more oxygen is delivered to your brain. This leads to neurogenesis—or the production of neurons—in certain parts of your brain that control memory and thinking.  Neurogenesis increases brain volume, and this cognitive reserve is believed to help buffer against the effects of dementia.”

17 Simple Ways To Spot Fake News: Instructions For The Left and The Right http://www.mybestbuddymedia.com/2018/04/17-simple-ways-to-spot-fake-news.html