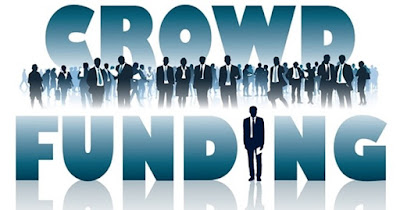 Medical crowdfunding is a rapidly growing phenomena that has helped many desperate people raise funds to treat numerous health conditions. While many of the campaigns are for treatments that are valid and evidence-based, there is a growing dark side of fund raising for snake-oil, unproven remedies hawked by self-appointed “doctors”. Many well-intentioned donors fail to properly evaluate whether the treatments being sought are evidence-based.

Research published on April 23, 2019 in PLOS One analyzed a total of 336 medical crowdfunding articles over a two year period in major American and Canadian newspapers. Most of the articles portrayed these campaigns as either positive or neutral. Money needed for cancer treatments was the most common request. A variety of rare diseases was the second most common appeal. Most of the Canadian appeals were for treatments outside of Canada, which are not covered by Medicare.


Several examples were cited by the researchers of unproven treatments that were not questioned in any way by the journalist in their article. Three of them are:


--“Preston has turned to alternative treatments instead of chemotherapy and radiation to prolong his quality of life, she said. He’s done extensive research and feels confident in them, she added. He’s currently receiving reiki, a Japanese form of energy healing.”

--“Her only chance of survival is treatment in Florida, what doctors call chemo on steroids that kills the Lyme and rebuilds her system. Jimmelynn’s husband, Rodney, now administers what treatments he can here at home between visits to Florida because their insurance doesn’t cover the costs.”

--“Now she wants to visit a specialist clinic in Germany for treatment as she believes a cocktail of vitamins will help heal her and improve her quality of life.”

The researchers summarize their findings:

“More than a fifth of the relevant articles made a statement suggesting that the treatment may be inefficacious, experimental or unapproved by regulatory bodies. The majority of these articles still noted where contributions could be made and hyperlinked to the online crowdfunding campaigns. Such reporting could be interpreted as promoting and raising money for unproven or even fraudulent therapies. While it was beyond the scope of the study to individually assess the scientific and regulatory status of the interventions sought, we did note that at least some of these articles spoke of stem cell treatments for which there is little or no supporting evidence (as noted by both the research community and entities like the International Society of Stem Cell Research). This is to be expected, as recent research has shown that there are a significant number of crowdfunding campaigns for unproven stem cell therapies–some of which parrot the questionable marketing claims of stem cell clinics.

"There were also examples of articles mentioning campaigns for unproven therapies without noting their unproven or experimental nature. Such promotion is a serious problem, as it likely helps to legitimize unproven therapies, raises funds for approaches that may harm or defraud patients, and furthers the marketing campaigns of practitioners offering them. Recent research has found that the marketing language of clinics offering unproven therapies is often copied or paraphrased directly onto campaign donation websites, increasing the opportunity for members of the public to be exposed to false or misleading representations of science. While we appreciate that the news media is a profit-oriented industry, we hope popular publications will strive to present health-focused crowdfunding stories in an evidence-based manner.”

Media portrayal of illness-related medical crowdfunding: A content analysis of newspaper articles in the United States and Canada https://journals.plos.org/plosone/article?id=10.1371/journal.pone.0215805