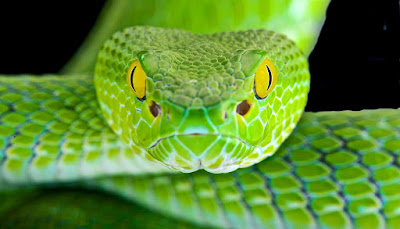 Predatory snake-oil peddlers have opened up shop right across the United States and Canada. They are literally salivating over the money they are raking in as they deviously promise miracle stem cell cures that have zero scientific evidence. Research is in its embryonic stage, as the U.S. government has spent $1.4 billion studying stem cells over the last 20 years. There are only 29 clinical trials worldwide involving stem cells (2018). Yet this hasn’t stopped these swindlers from making exaggerated or totally false claims, preying on sick people who are desperately looking for a treatment or cure that modern medicine is as yet unable to give. They claim stem cells can treat a long list of conditions, but in fact have only been proven to treat a few blood disorders and some burn victims.


“‘Our belief is that there are many companies operating in the United States that are selling fake stem cell therapies that are not legal under FDA regulations,’ says Dr. Sean Morrison, a stem cell biologist and researcher at The University of Texas Southwestern, and past president of the International Society for Stem Cell Research.

“‘One of the things that we see among people selling fake stem cell therapies is they jump in early without testing whether something is safe and effective and start selling it to desperate patients,’ Morrison said. ‘Our belief at the International Society for Stem Cell Research is that there are many companies operating in the United States that are selling fake stem cell therapies that are not legal under FDA regulations.’”

“And according to the New England Journal of Medicine, a Massachusetts man was completely paralyzed after stem cells injected into his spine to treat a stroke-related disability morphed into a tumor. The article suggested that known cases of patient harm may only be the tip of the iceberg. Owing to a lack of reporting requirements, the paper’s authors wrote, adverse events associated with unproven stem cell treatments are probably much more common than is currently known.

“Paul Knoepfler, Ph.D., a stem cell researcher and industry watchdog at the University of California, Davis—who was not involved in the research promoted in the school’s web video—says that consumers routinely underestimate the risks associated with stem cell injections. ‘People think that since the cells come from their own bodies, they must be safe,’ he says. ‘But oversight is so lax that there’s no way to even know what you’re being injected with half the time.’”

“Adipose tissue–derived stem cells have been increasingly used by stem-cell clinics in the United States and elsewhere to treat a variety of disorders. We evaluated three patients in whom severe bilateral visual loss developed after they received intravitreal injections of autologous adipose tissue–derived stem cells at one such clinic in the United States. In these three patients, the last documented visual acuity on the Snellen eye chart before the injection ranged from 20/30 to 20/200. The patients’ severe visual loss after the injection was associated with ocular hypertension, hemorrhagic retinopathy, vitreous hemorrhage, combined traction and rhegmatogenous retinal detachment, or lens dislocation. After 1 year, the patients’ visual acuity ranged from 20/200 to no light perception.”

Cancer Cells Are Yours As Well

“‘Stem cells are basically blank checks,’ said Dr. Insoo Hyun, a professor of bioethics at Case Western Reserve University’s School of Medicine and director of the CWRU Stem Cell Ethics Center. ‘They can eventually become any kind of cell in the human body ………  Just because they’re your own cells doesn’t mean it’s good for you,’ he added. ‘Cancer cells are actually your own cells, so just because something is your own cell doesn’t mean it’s necessarily going to help you. It might actually hurt you.’”

How to Protect Yourself

“The FDA, the International Society for Stem Cell Research, and CR’s medical experts advise you to be cautious when considering stem cell therapy.

“Beware of the hype and hefty fees. Doctors testing stem cell treatments in carefully controlled clinical trials usually don’t promote their offerings with big, flashy advertisements that promise dramatic improvements or total cures. They also don’t charge a lot. There may be some minor fees for travel or other personal expenses, but the treatment itself should be free or low-cost to participants. ‘A large price tag—especially in the range of thousands of dollars—should be a major red flag,’ says Marvin M. Lipman, M.D., Consumer Reports’ chief medical adviser. So should any doctor claiming to treat a wide range of medical conditions, such as autism, arthritis, and erectile dysfunction, with the same therapy. Different organs and body systems require different expertise—and different medicine—to treat, which is why most doctors specialize.”

For two other ways to protect yourself, Ask questions and Read the fine print, see:
https://www.consumerreports.org/medical-treatments-procedures/trouble-with-stem-cell-therapy/#protect

“‘Cell-based regenerative medicine holds significant medical opportunity, but we’ve also seen some bad actors leverage the scientific promise of this field to peddle unapproved treatments that put patients’ health at risk. In some instances, patients have suffered serious and permanent harm after receiving these unapproved products. In the two cases filed today, the clinics and their leadership have continued to disregard the law and more importantly, patient safety. We cannot allow unproven products that exploit the hope of patients and their loved ones,’ said FDA Commissioner Scott Gottlieb, M.D.”

“The U.S. Food and Drug Administration today posted a warning letter issued to US Stem Cell Clinic of Sunrise, Florida, and its Chief Scientific Officer Kristin Comella for marketing stem cell products without FDA approval and for significant deviations from current good manufacturing practice requirements, including some that could impact the sterility of their products, putting patients at risk.

“‘Stem cell clinics that mislead vulnerable patients into believing they are being given safe, effective treatments that are in full compliance with the law are dangerously exploiting consumers and putting their health at risk,’ said FDA Commissioner Scott Gottlieb, M.D. ‘As the FDA takes new steps to advance an efficient, modern approach to the regulation of cell based regenerative medicine, at the same time we will be stepping up our enforcement actions against clinics that abuse the trust of patients and, more important, endanger their health with unsanitary conditions or by purporting to have treatments which may not provide any benefit.’”

“Defendant is essentially a marketing company masquerading as a medical ‘institute.’ Defendant intentionally circumvents FDA regulation by purporting to inject patients’ own ‘stem cells’ back into their bodies. During the course of its operation, Defendant has offered at least three purported ‘stem cell’ treatments to the general public under the representation and auspices that these procedures are effective. Specifically, Defendant has offered ‘venous’ procedures, ‘bone marrow’ procedures, and ‘adipose’ procedures.

“(a) In the ‘venous’ procedure, Defendant takes a blood draw from the patient, runs the blood through a centrifuge, and then reinjects the very same blood into the  patients’ blood stream. There is no evidence that any stem cells are extracted from the peripheral blood and no evidence that the very same cells extracted from the patient’s body have any beneficial effect on any pulmonary disease.

Tool to easily search for a stem cell clinical trial for your disease: https://ipscell.com/find-a-clinical-trial/

Tyler Graham, “The Cure-All: Are New Stem Cell Therapies Miracles In A Bottle – Or Just A Dangerous Form of Snake-Oil?”  http://www.popsci.com/cure-all