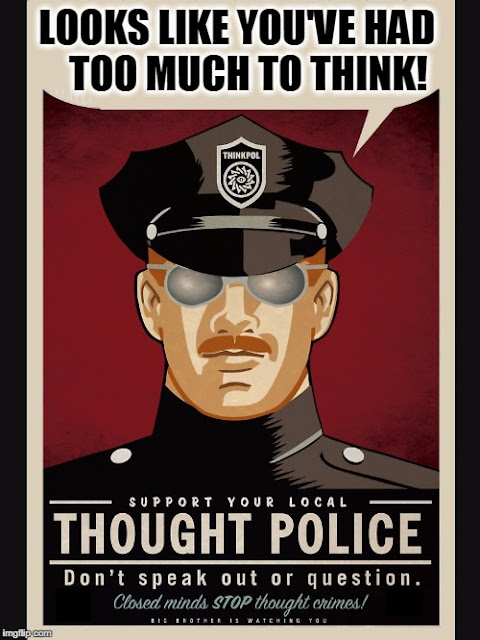 Political correctness properly applied is beneficial. Purely racist, sexist and hateful speech should be corrected. However, for the most part, it has gone way overboard and has now become a power trip of one group attempting to silence another group. Intelligent discussion is negated as one sides hurt feelings is used as a weapon to lynch those who disagree. As the classic quote says: “If the only tool you have is a hammer, you tend to see every problem as a nail.” Below is the best summary I have found of the drawbacks and damage done by the misuse of political correctness, followed by what could very well be the top five examples.

Political correctness has failed because:

“--It has not changed the hearts and minds of people. So instead of being obvious, hate and discrimination goes underground and are hidden from public eyes.

--This hidden discrimination and hate is harder to track, making it harder to eradicate.

--It is too focused on the words uttered and the color of skin of the speaker, and not focused enough on the intentions of the speaker.

--It is often used to prevent logical discussion of a topic, by shutting down opponents by accusing them of being hateful, racist or bigots, even when that is not the case.

--It is often used to discourage certain social groups from talking about certain topics at all, which prevents an open dialog between social groups, and perpetuates racist/racialism.”


“The New York City Commission on Human Rights recently announced that employers, landlords and other professionals are required to use a transgender person’s preferred pronoun ‘regardless of the individual’s sex assigned at birth.’ The Equal Employment Opportunity Commission similarly determined that failing to use a person’s preferred pronoun could violate federal anti-discrimination laws.

“Though these mandates may seem like acts of civility, they in effect impose ideas about gender identity on speakers. Requiring people to voice beliefs that they do not hold, or even understand, is a flagrant and unacceptable violation of the freedom of speech…….

“The notion that the state can now control language is reminiscent of ‘Newspeak,’ the fictional language in the dystopian classic ‘1984.’ Taking a page from Orwell, the Big Apple actually requires speakers to use the invented gender-free pronoun ‘ze,’ a word that does not appear in five different dictionaries I checked. A future version of this regime could potentially outlaw gendered pronouns altogether, so as to accommodate gender-fluid individuals. Taken to its natural conclusion, this effort to promote tolerance is frighteningly intolerant……

“New York City now throws away that carrot and wields a stick: If you do not immediately express a view of the world you disagree with, the government will impose a $125,000 fine.”

“Hugh Heckman, former editor for PBS NewsHour, has sued his former employers over his termination, which he alleges came two days after he referred to Meghan Markle, the Duchess of Sussex as ‘not bad.’ Heckman claims he was fired as a result of sex discrimination in violation of Title VII of the Civil Rights Act of 1964 and the New York State Human Rights Law because a similar comment by a female colleague about a man wasn't subject to investigation or discipline.

“According to the complaint filed in the District Court for the Southern District of New York, Heckman, an at-will employee, was working on a story about the British Royal Family in November 2017 when he viewed a photo of Markle. To his male colleague next to him, Heckman said 'not bad' . . . in a low tone of voice.

“This comment was overheard by a female colleague 20 feet away, who remarked that Heckman wasn’t abiding by the principles of the recent sexual harassment training session the employees had attended …….. One of the female co-workers reported Heckman's comment to executive producer Scott Davis, who, two days later, told Heckman he was ‘regretfully’ terminating his employment, offering ‘this latest incident’ as a reason.”

“Princeton University is banning the word ‘man’ in what it calls an effort to foster a more ‘inclusive community’ — a policy that conservative critics contend is aligned with its campus politics that caters to the LGBT community. The acclaimed Ivy League university is readjusting its accepted campus terms to do away words that could cause sensitive students, faculty members or school administration any bit of discomfort due to their gender preference…….

Who knew that animals were hypersensitive?

“Would you call yourself a pet owner? The Journal of Animal Ethics would disagree. In 2011, its editors decided that the word ‘pets’ was insulting to animals. They tried to replace the entire spectrum of words related to owning a cat or dog. The result was a diktat to call pets ‘animal companions’ and owners ‘human carers’.

“Amusingly, they also tried to squash out animal-based idioms from the English language. So ‘drunk as a skunk’ was forbidden to their writers, on the basis that skunks aren’t alcoholics, and to imply otherwise is derogatory. ‘Eat like a pig’ was also swapped out, as was ‘sly as a fox.’ Their idea even extended to wild animals, who the journal insisted had to be referred to as ‘free-living’ to avoid offense. We can’t help but wonder how the ‘free-living’ animals managed to tell them they were offended in the first place.”

PC Police at the University of California - Berkeley

Administrators at this university are attempting to force students to be more politically correct. Just two examples:

Saying, “There is only one race, the human race,” is offensive because it denies “the significance of a person of color’s racial/ethnic experience and history.”

“America is the land of opportunity,” implies that “People of color are lazy and/or incompetent and need to work harder.”

An excellent rebuttal from The Daily Beast:

“During the ’60s, students at Berkeley understood that a campus climate of absolute tolerance for free speech was a precondition to successfully combating injustice in the UC system and elsewhere. Liberal and libertarian students and professors fought the administration for the right to hold political rallies, opt out of loyalty oaths, and advocate against the Vietnam War. They trusted that their ideas would win out in the court of public opinion, and only needed to establish that they had the legal right to utter such ideas.

“Today’s UC campus body would be well served to recall these lessons. There is in fact no better place for unfettered free speech than a university campus, and students who spend their four-plus years in college without encountering provocation or offense won’t be adequately prepared for life in the real world. Students should recognize a censorship-lite approach like Napolitano’s for what it is: an attack on the idea of the university as a safe haven for all kinds of speech.

“It also represents an absurd dumbing-down of the concepts of racism and sexism. Contrary to what the seminar materials assert, exclaiming, ‘Wow! How did you become so good at math?’ is not an act of aggression—micro or otherwise. It’s a compliment. Shouldn’t students feel free to compare math-learning strategies without risking the wrath of the PC police?”

“Ever since Kindergarten, we Americans are taught to cherish the Freedom of speech that our country provides; it is the very essence of the life, liberty, and pursuit of happiness that our founding fathers promised. What our country fails to understand, however, is that freedom of speech includes the right to offend other people, no matter their shape, race, accent, or office. If anyone knows anything about censorship and free speech, it’s George Orwell, an author known for his shrewd political criticism. He shared with the world that ‘If liberty means anything at all, it means the right to tell people what they do not want to hear.’ After all, the third amendment in our nation’s Bill of Rights reads plain and simply, ‘Congress shall make no law...abridging the freedom of speech,’ and nowhere does it make mention of any exceptions. If only society could foster an environment that truly appreciates this value in every sense of the word, our world would be a more honest place.” 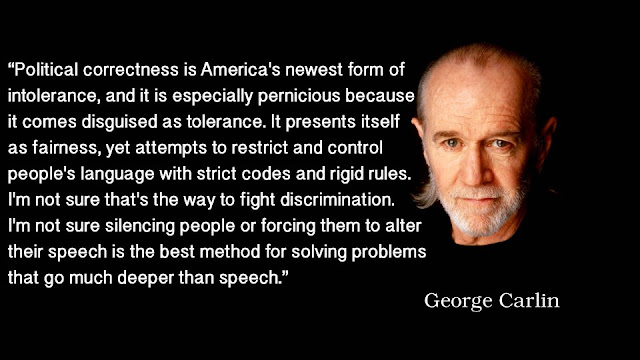