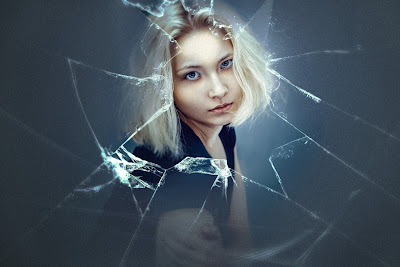 A great cleansing and purification is taking over today’s American and Canadian colleges and universities. Big Brother is watching as some students attempt to sanitize the thoughts of anyone who has the audacity to disagree with their opinions or cause them even the slightest discomfort. Ideas and words have become weapons of personal destruction and the dreaded micro-aggression is to be opposed at all costs. Insignificant actions or words that contain no malicious intent have been magnified into and interpreted as acts of violence. And today’s student had better not take a moment to just listen to the other point of view – their friends will consider them a traitor and they’ll have to find new friends.

Social media has emboldened and made it easier for hypersensitive students to express outrage and crusade against the evil other. This other is sometimes faculty, sometimes fellow students, usually visiting speakers. Online lynch mobs are formed and reputations are harmed for even the most innocuous remark. Below is a summary of the toxic atmosphere simmering in North America’s version of the police state. Excerpted from the left-leaning The Atlantic magazine. Link below.

Watch what you say or you will pay, pay, pay:

“The current movement is largely about emotional well-being. More than the last, it presumes an extraordinary fragility of the collegiate psyche, and therefore elevates the goal of protecting students from psychological harm. The ultimate aim, it seems, is to turn campuses into ‘safe spaces’ where young adults are shielded from words and ideas that make some uncomfortable. And more than the last, this movement seeks to punish anyone who interferes with that aim, even accidentally. You might call this impulse vindictive protectiveness. It is creating a culture in which everyone must think twice before speaking up, lest they face charges of insensitivity, aggression, or worse.”

Questions that need to be answered:

“What are the effects of this new protectiveness on the students themselves? Does it benefit the people it is supposed to help? What exactly are students learning when they spend four years or more in a community that polices unintentional slights, places warning labels on works of classic literature, and in many other ways conveys the sense that words can be forms of violence that require strict control by campus authorities, who are expected to act as both protectors and prosecutors?”

Critical thinking has long since departed from the university:

“There’s a saying common in education circles: Don’t teach students what to think; teach them how to think. The idea goes back at least as far as Socrates. Today, what we call the Socratic method is a way of teaching that fosters critical thinking, in part by encouraging students to question their own unexamined beliefs, as well as the received wisdom of those around them. Such questioning sometimes leads to discomfort, and even to anger, on the way to understanding.


“Thomas Jefferson, upon founding the University of Virginia, said: This institution will be based on the illimitable freedom of the human mind. For here we are not afraid to follow truth wherever it may lead, nor to tolerate any error so long as reason is left free to combat it.”


For today’s students, emotion thumps facts and evidence every time:

“The parallel to formal education is clear: cognitive behavioral therapy teaches good critical-thinking skills, the sort that educators have striven for so long to impart. By almost any definition, critical thinking requires grounding one’s beliefs in evidence rather than in emotion or desire, and learning how to search for and evaluate evidence that might contradict one’s initial hypothesis. But does campus life today foster critical thinking? Or does it coax students to think in more distorted ways?……

“Burns defines emotional reasoning as assuming ‘that your negative emotions necessarily reflect the way things really are: ‘I feel it, therefore it must be true.’  Leahy, Holland, and McGinn define it as letting ‘your feelings guide your interpretation of reality. But, of course, subjective feelings are not always trustworthy guides; unrestrained, they can cause people to lash out at others who have done nothing wrong. Therapy often involves talking yourself down from the idea that each of your emotional responses represents something true or important.”

Students are taught to use their emotions as weapons:

“Emotional reasoning dominates many campus debates and discussions. A claim that someone’s words are ‘offensive’ is not just an expression of one’s own subjective feeling of offendedness. It is, rather, a public charge that the speaker has done something objectively wrong. It is a demand that the speaker apologize or be punished by some authority for committing an offense…..

“If our universities are teaching students that their emotions can be used effectively as weapons—or at least as evidence in administrative proceedings—then they are teaching students to nurture a kind of hypersensitivity that will lead them into countless drawn-out conflicts in college and beyond. Schools may be training students in thinking styles that will damage their careers and friendships, along with their mental health.”

“Universities should also officially and strongly discourage trigger warnings. They should endorse the American Association of University Professors’ report on these warnings, which notes, ‘The presumption that students need to be protected rather than challenged in a classroom is at once infantilizing and anti-intellectual.’ Professors should be free to use trigger warnings if they choose to do so, but by explicitly discouraging the practice, universities would help fortify the faculty against student requests for such warnings.”

Intelligence and learning from those whom we disagree have long since left the university:

“If campus culture conveys the idea that visitors (banned speakers) must be pure, with résumés that never offend generally left-leaning campus sensibilities, then higher education will have taken a further step toward intellectual homogeneity and the creation of an environment in which students rarely encounter diverse viewpoints. And universities will have reinforced the belief that it’s okay to filter out the positive. If students graduate believing that they can learn nothing from people they dislike or from those with whom they disagree, we will have done them a great intellectual disservice.”

Overuse of trigger warnings fosters an atmosphere of fear and paranoia:

“The expansive use of trigger warnings may also foster unhealthy mental habits in the vastly larger group of students who do not suffer from PTSD or other anxiety disorders. People acquire their fears not just from their own past experiences, but from social learning as well. If everyone around you acts as though something is dangerous—elevators, certain neighborhoods, novels depicting racism—then you are at risk of acquiring that fear too. The psychiatrist Sarah Roff pointed this out last year in an online article for The Chronicle of Higher Education. ‘One of my biggest concerns about trigger warnings,’ Roff wrote, ‘is that they will apply not just to those who have experienced trauma, but to all students, creating an atmosphere in which they are encouraged to believe that there is something dangerous or damaging about discussing difficult aspects of our history.’”

The harmful consequences of the university as a police state:

“But vindictive protectiveness (wanting to punish those who offend – even if there is no intent) teaches students to think in a very different way. It prepares them poorly for professional life, which often demands intellectual engagement with people and ideas one might find uncongenial or wrong. The harm may be more immediate, too. A campus culture devoted to policing speech and punishing speakers is likely to engender patterns of thought that are surprisingly similar to those long identified by cognitive behavioral therapists as causes of depression and anxiety. The new protectiveness may be teaching students to think pathologically.”

The Coddling of the American Mind
https://www.theatlantic.com/magazine/archive/2015/09/the-coddling-of-the-american-mind/399356/


Unprecedented demand for mental health services at colleges:
“Between 2009 and 2015, the number of students visiting counseling centers increased by about 30% on average, while enrollment grew by less than 6%, the Center for Collegiate Mental Health found in a 2015 report. Students seeking help are increasingly likely to have attempted suicide or engaged in self-harm, the center found. In spring 2017, nearly 40% of college students said they had felt so depressed in the prior year that it was difficult for them to function, and 61% of students said they had ‘felt overwhelming anxiety’ in the same time period, according to an American College Health Association survey of more than 63,000 students at 92 schools.”

Catastrophizing:  The visiting speaker who you disagree with will say things that will totally devastate who you are and everything you stand for.

Negative filtering:  What the professor or fellow student said was intentionally hostile – you just know it!

Dichotomous thinking:  These people are either my friends or my sworn enemies – there is no middle ground.

Blaming:  All my personal problems and unhappiness are caused by those who have the audacity to disagree with my viewpoints.

Emotional reasoning:  Your fluctuating emotions guide you to what is true and real, rather than hard, cold evidence and sound reasoning.

Inability to disconfirm:  You automatically reject any evidence or arguments that might contradict your opinions without taking the time to see if they have merit.