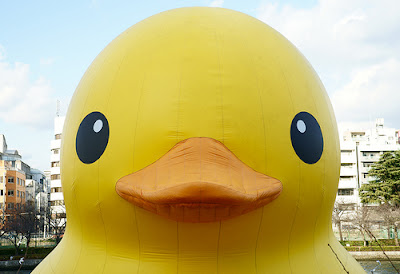 Too many people are being hoodwinked by modern snake-oil hucksters bent on separating victims from their hard-earned money for all types of sham and “miraculous” cures. Often they prey on people’s fears, desperation, or ignorance.


Why and how is all this deception going on unchecked? Thanks to lobbying and pressure from the multi-billion dollar health supplement industry, The Dietary Supplement Health and Education Act of 1994 states simply that these companies are under no legal obligation to prove the efficacy or safety of their products. FDA drugs are approved after rigorous and exhaustive testing.

JAMA Internal Medicine compiled supplement safety statistics from 2004 to 2012. During this period the FDA recalled 237 dietary supplements because they produced “a reasonable probability” that the product would “cause serious adverse health consequences or death.”

Here are 12 guidelines to help avoid being duped:

1) To give the illusion that the treatment is widely endorsed quack web sites will create numerous “authentic” and “independent” looking web sites and blogs that link back, quote, or refer to the main quack site and treatment. All are frauds. Genuine treatments are written about in reliable medical journals.


2) Quack “doctors” claim to cure what is currently not yet curable by modern medicine. Genuine cures are rare. Real doctors use words like “remission” and “side effects”.

3) Extravagant claims are made for the healing power of vitamins. Some vitamins do help with some diseases, but they don’t offer by themselves a miraculous cure. Taking large doses of vitamins have caused cancer in some people.

4) Quacks claims that their treatment is completely “natural”, therefore better for the patient. Arsenic and cyanide are natural, but deadly. The FDA estimates 50,000 harmful reactions annually to all manner of “natural” vitamin, mineral, and dietary supplements, some requiring hospitalization. Many approved drugs are natural – derived from plants.

5) Hard to believe, but true. Quack after quack claim their treatment cures every illness imaginable. Notice how long the list is. There is no single cure-all.

6) Paranoia and conspiracy theories abound as these quacks claim that doctors, business and the government are trying to cover up their secret miraculous discovery. Charges of malpractice from the FDA are presented as “proof” of the persecution.

7) An endless list of scientific jargon that the public could never know is presented to impress and prove the quack is “in the know”.

8) Unverified testimonials are presented from people claiming to be “cured”. When the FDA requests authentic before and after evidence, quacks refuse and cry persecution.

9) Quacks promote so called “expert” endorsements for their treatments from doctors no one has ever heard of. Search for the expert at pubmed.gov and see if he/she has published articles in their field.

10) Some quacks appeal to a non-profit group to legitimize their product. Use charitynavigator.org to verify the organization.

11) Follow the money. Many quacks have made millions because they sell, at an exorbitant cost, the remedy for the disease. Some hospitals provide a specific charity to fly home victims of medical fraud after they have emptied all their life savings for a “treatment” that failed.

12) Errors and Biases That Lead to False Conclusions
The disease may have run its natural course.
Many diseases are cyclical.
Spontaneous remission.
The placebo effect.
Some allegedly cured symptoms are psychosomatic to begin with.
Symptomatic relief versus cure.
Many consumers of alternative therapies hedge their bets.
Misdiagnosis (by self or by a physician).
Derivative benefits.
Psychological distortion of reality.
For details see "Why Bogus Therapies Seem to Work" in the citations.

Good News On Cancer Survivorship: What The Quacks Don’t Want You To Know
http://www.mybestbuddymedia.com/2017/02/good-news-on-cancer-survivorship.html

6 Ways Liars and Hustlers Use Confirmation Bias To Dupe The Public
http://www.mybestbuddymedia.com/2018/02/6-ways-liars-and-hustlers-use.html

9 MORE Common Characteristics of People Who Get Duped
http://www.mybestbuddymedia.com/2017/08/9-more-common-characteristics-of-people.html

10 Common Characteristics of People Who Get Duped
http://www.mybestbuddymedia.com/2017/08/10-common-characteristics-of-people-who.html