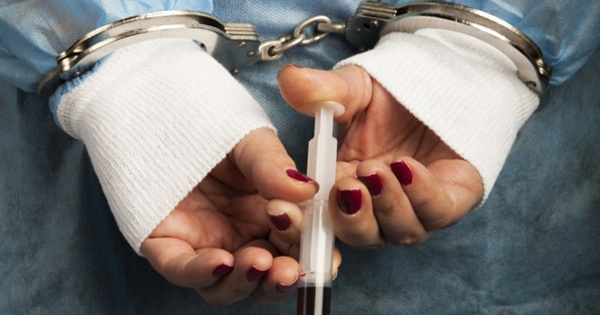 
Writing a scathing, honest and irrefutable rebuttal to Bollinger’s claims, Harriet Hall, MD is a retired family physician who writes about pseudoscience and dubious medical practices:

“The Truth About Cancer is billed as a documentary series. It is not a documentary that tries to honestly present the facts, but a one-sided polemic, a vicious attack on conventional medicine based on misinformation, emotion, mistrust, and opinions that are not based on credible scientific evidence. It omits vital information, presents untruths and distorted partial truths, promotes natural treatments that have never been properly tested or have been tested and proven not to work, and it doesn’t give conventional medicine even the slightest chance to explain itself.

“Conventional cancer treatment has cured some patients, prolonged the lives of others, and improved the quality of life for some of the ones who can’t be cured. It is ridiculous to talk about ‘cancer’ as if it were one disease. There are many kinds of cancer, and the success rate varies. It is ridiculous to talk about chemotherapy without considering the type of cancer and the evidence for effectiveness, and without distinguishing between chemotherapies that are intended to cure and those that are prescribed as adjuvants, debulkers, or palliatives. We have seen incredible successes for many children’s cancers, and some adult cancers have been changed from a death sentences to a manageable chronic disease.

“Bollinger’s approach is as unfair as a trial where the prosecution is given carte blanche and no defense is allowed. This is a very unfortunate series, filled with misinformation but produced slickly, effectively appealing to emotion, and likely to mislead scientifically-naïve viewers and probably even some scientists who ought to know better. I predict that Bollinger will have blood on his hands: people will suffer and die unnecessarily because they believed this was ‘the truth about cancer’ and were persuaded to reject lifesaving treatment.”

One example - The sad but unexpectedly hopeful cancer saga of Cassandra Callender:

“I’ve frequently discussed the stories of teenagers with cancer who either refuse chemotherapy or whose parents refuse chemotherapy for them. The case of Cassandra Callender is the same, yet different, from many of these unfortunate and sad sagas in that she was older when diagnosed with cancer and that she realized her mistake. I can now only hope that it’s not too late for science-based medicine to save her……

“Unfortunately, as much as I hate to say it, if Callender dies of her disease relapse despite maximal therapy, her testimonial will become useful to Bollinger again. He and other quacks will point to her story and oh-so-sadly and piously say it was because poor, dear, deluded Cassandra was tempted by the evil cancer-chemo-pharma cartel and therefore didn’t stay the course with the Hope4Cancer treatment that she died. The chemotherapy, they will falsely claim, is what killed her, not the cancer. Then they’ll use that story to scare the other marks whose faith might be wavering. That’s how cancer quacks operate.”

--The Gerson Therapy -- Revised And Updated: The Proven Nutritional Program for Cancer and Other Illnesses

Victim of The Gerson Therapy and randomized controlled trials by the National Cancer Institute:

“Jess Ainscough, better known as ‘The Wellness Warrior,’ died on February 26, 2015 from a possibly needless death. Foregoing radical surgery, which would have given her a fighting chance against a rare form of sarcoma, she put all her trust in one of the most insidious and devious cancer quackery treatments, the Gerson protocol. One year before her death, her mother, Sharyn Ainscough, declined standard treatment and died of breast cancer, also a victim of the ineffective Gerson treatments.”

--Knockout: Interviews with Doctors Who Are Curing Cancer--And How to Prevent Getting It in the First Place by Suzanne Somers
-- Burzynski: Cancer Cure Cover Up (video)

Suzanne Somers is a fervent supporter of Stanislaw Burzynski’s unproven and deadly cancer “cures”. Surgical oncologist at the Barbara Ann Karmanos Cancer Institute David H. Gorski, MD, PhD, FACS is just one of many who uses basic science and hard evidence to invalidate both Somers and her heroes’ views:

“I’ve made no secret of how much I despise Stanislaw Burzynski, the self-proclaimed cancer doctor and medical researcher who has been treating patients with an unproven, unapproved chemotherapeutic agent since 1977, seemingly slithering around, under, over, and past all attempts to investigate him and shut him down. Indeed, just type his name in the search box of this blog, and you will see copious evidence of my disdain for the man. Over 37 years, Burzynski has become a hero to the cancer quackery industry, touted as the man who can cure incurable cancers that science-based medicine can’t, even though his treatment, antineoplastons, allegedly peptides isolated from blood and urine that normally keep cancer in check in healthy people, are by any reasonable definition chemotherapy. Indeed, they are toxic, with a number of side effects reported, the most common and dangerous of which being life-threatening hypernatremia (elevated sodium levels in the blood).

“All you have to do is to type Burzynski’s name into the search box of this blog, and you’ll find copious documentation of the abuses of patients, science, and clinical trials perpetrated by Stanislaw Burzynski and the cult of personality that has evolved around him. He’s even acquired his very own film propagandist, a credulous fellow named Eric Merola, who has made two astounding bad documentaries that are nothing more than unabashed hagiographies of the brave maverick doctor curing cancer where no one else can. They’re chock full of misinformation, pseudoscience, spin, and obvious emotional manipulation, and the first one at least, was very popular.”

Families run out of hope, money after cancer treatments  https://www.usatoday.com/story/news/nation/2013/11/15/jeanine-graf-cancer-children/2994675/