New Hope for an Alzheimer’s Cure 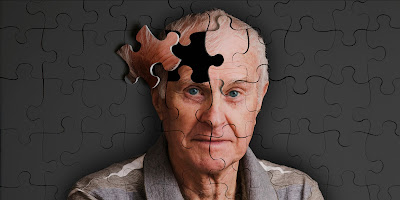 The millions of dollars of research into the scourge of Alzheimer’s disease has brought a modest return on investment. We now know most of the primary causes include lack of nutrition, exercise and brain stimulation, diabetes, high blood pressure, inflammation, chronic stress and a significant absence of meaningful social connections.


Other research has yielded the concept of personalized medicine as the most effective way to treat Alzheimer’s:


“When people have a specific combination of these drivers, which interact differently from one person to the next, the signs and symptoms of the disease emerge. Because there seem to be multiple pathways to developing Alzheimer’s, there may also be multiple ways to slow or even thwart the progress of the illness, says James Galvin, a neurologist and founding director of the Comprehensive Center for Brain Health at Florida Atlantic University in Boca Raton.

“‘This is where big data can come in,’ Galvin says. ‘You can look at patterns, and when you have a cluster of patterns, you can tailor therapies based on an individual’s profile. Outside of age and family history, these are risk factors that we could actually do something about and design interventions on a personalized basis. Address brain health using lifestyle modification and medication, and treat any underlying diseases, like diabetes or heart disease. And that’s what we’re doing — using a precision medicine-like approach that looks at each individual’s risk factors and creating a treatment plan to slow or prevent the onset of disease.’”

Preliminary results look promising but much more groundwork needs to be done:

“Based on their risk factors, patients are prescribed a regimen of exercise, methods to reduce stress and get more restorative sleep, prescription and over-the-counter medications, and even nutritional supplements to compensate for their deficits. In people who dutifully follow the program, Richard Isaacson (founder and director of the Alzheimer’s Prevention Clinic at New York Presbyterian Weill Cornell Medical Center) says early research indicates that cognitive function does improve in critical areas such as executive functioning and processing speed, or how fast information can be absorbed. ‘Intuitively, we thought this would work,’ says Isaacson. ‘But now we actually have proof.’

“While the evidence remains largely preliminary, these individual cases have reached a critical mass, which indicates something is happening that needs to be explored in a more rigorous way. In September, nearly a dozen physicians — from Puerto Rico, Kansas City, Alabama and New York — met in Chicago to share what they’ve learned, what seems to work and what doesn’t, and begin the arduous process of figuring how best to test a treatment platform that can be used everywhere. ‘We’re trying to lay the groundwork for Alzheimer’s prevention and figure out what tools we should be using and what works best,’ says Isaacson. ‘But the field is still in its infancy, so we literally learn every day.’”

A few of the more prescribed activities for reducing brain deterioration include:

For the complete list seethe link to the Discover magazine article below.

The future of effective Alzheimer’s treatments is not as far off as we may think:

“These approaches offer hope to the millions at risk for Alzheimer’s and their families. In the near future, these physicians believe Alzheimer’s could become a chronic but manageable disease, much like diabetes or heart disease. Like these life-threatening ills, if Alzheimer’s is left unchecked, it can be severely debilitating and deadly. But proper treatment and lifestyle changes may be able to stave off symptoms for years, enabling people to live more satisfying, productive lives. ‘Alzheimer’s is a life course disease, meaning that cognitive health starts in the womb and is influenced by what we do throughout our lives,’ says Isaacson. ‘By treating the underlying conditions, we can have a positive effect on brain health, reduce risk and even prevent the disease.’”

ClinicalTrials.gov is a database of privately and publicly funded clinical studies conducted around the world         https://clinicaltrials.gov/

Digital Caregivers: Someone To Watch Over Your Aging Parents http://www.mybestbuddymedia.com/2018/01/digital-caregivers-someone-to-watch.html