30 Brief & Annoying Reasons NOT To Play The Lottery 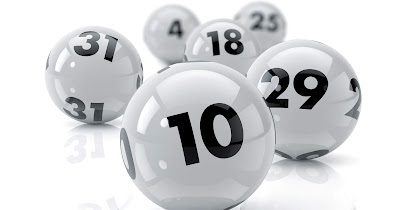 The Power Ball or Mega Millions odds of winning the jackpot are approximately 175 million to one. Canada’s Lotto Max has an almost 1 in 29 million odds of winning it all. Americans spend on average $200 annually on lottery tickets. For some inexplicable reason the confident citizens of Massachusetts lead all states by far by spending $735 annually, expecting they’ll win as much as their Patriots, Red Sox, Celtics and Bruins. The following are 30 irritating reasons why, logically and rationally, it’s not a good idea to spend money in hopes of a mega-life-altering pay day.

Every person has better odds of the following than winning a major lottery jackpot:

1-8)  “If you believe in the odds of winning the lottery, then you should never fly or drive. You are more apt to be killed in a plane crash, where the odds are 25 million to one, and far more likely to die in a car accident, where the odds are only 5,000 to one.

“Similarly, you should start sleeping on the floor. The odds of being killed by falling out of bed are 2 million to one. You should also take showers instead of baths. The odds of drowning while taking a bath are 840,000 to one. But don't think you can improve your chances by avoiding cleanliness altogether. The odds of dying from flesh-eating bacteria are only 1 million to one.

“Maybe you'll have better luck outside. Not! The odds of being killed by lightning are 2 million to one while being mauled to death by a dog are 700,000 to one. Bring your anti-venom kit outdoors with you. You are even more likely to die from a snake bite or bee sting, where the odds are 100,000 to one.”

14)  “You have a 1 in 340,733 chance of getting killed by fireworks. So if you use pyrotechnics to celebrate winning the lottery, please know that your odds of dying from those fireworks are 857 times greater than hitting the jackpot you just won.”

28 -29)   “Say you're standing on a football field. You're blindfolded and holding a pin. A friend has released an ant on the field. Your chance of piercing that ant with your pin is about the same as winning a Lotto 6/49 jackpot. One in 14 million. Not exactly a sure bet.

“Mike Orkin, a professor of statistics at California State University, East Bay, and author of What are the odds?, describes the odds of winning the Powerball lottery this way:  ‘Let's say you have one friend in Canada, and you put everybody in Canada's name on pieces of paper, and put them in a giant hat and draw one out at random. Then, you are 2½ times more likely to pick your one friend's name than you are to win the Powerball jackpot if you buy a single ticket.’"

30)  “Want to turn the odds in your favor? Consider investing your lottery cash elsewhere. The investing world has one near sure thing -- U.S. Treasury bills. These supersafe investments have posted only one money-losing year in the 90-year history examined by market researchers at Ibbotson, a division of Morningstar Investments. Although Treasurys won't make you rich overnight, if our hypothetical lottery player invested the same amount of cash ($735 per year) in T-bills year after year, he would have a tidy $62,447 at the end of 40 years -- $44,158 more than he would end up with playing the lottery.”

Calculate Your Chance of Winning the Lottery   http://www.webmath.com/lottery.html


Prepare your kids to be mathematically literate and avoid future lottery losses: Welcome to Maths Chase. We aim to make math learning more fun for everyone. We have found that our simple game really helps children learn their times tables. Our games help children learn by repetition and also increase their speed gradually as they become more skilled. Maths Chase allows you to increase the speed you need to answer questions as you become more confident in a fun and engaging way.    https://www.mathschase.com/

10 Clever Ways Casinos Separate You From Your Money   http://www.mybestbuddymedia.com/2014/03/10-clever-ways-casinos-separate-you.html