Inside The Sensitive, Disillusioned, Bewildered Heart Of Conspiracy Theorists 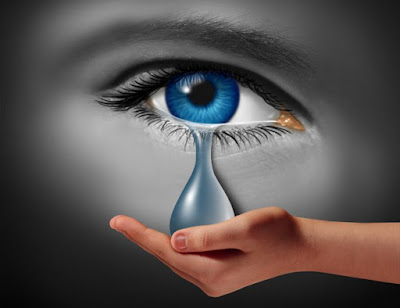 Most conspiracy theorists are not quacks or “nuts”. They are for the most part frustrated and upset at how the social and political order has treated them. Unable to find concrete solutions or see a clear path forward, they easily fall for outlandish, unproven and unprovable theories that attempt to explain the dark clouds that have descended over their lives. Medical conspiracies are just one example, with the behemoth medical and pharmaceutical establishment giving more than enough opportunity for anger and frustration. And of course there are the smooth-talking con-artists, Alex Jones being just one of many, who take advantage of these vulnerabilities and profit with clicks, viewers and cold hard cash.

Journalist Anna Merlan does an excellent job summarizing the very heart and motives of conspiracy theorists in her recent book Republic of Lies:

“Over and over, I found that the people involved in conspiracy communities weren’t necessarily some mysterious ‘other’. We are all prone to believing half-truths, forming connections where there are none to be found, or finding importance in political and social events that may not have much significance at all.

“I was interested in understanding why this new surge of conspiracism has appeared, knowing that historically, times of tumult and social upheaval tend to lead to a parallel surge in conspiracy thinking. I found some of my answer in our increasingly rigid class structure, one that leaves many people feeling locked into their circumstances and desperate to find someone to blame. I found it in rising disenfranchisement, a feeling many people have that they are shut out of systems of power, pounding furiously at iron doors that will never open to admit them. I found it in the frustratingly opaque US healthcare system, a vanishing social safety net, a political environment that seizes cynically on a renewed distrust of the news media.

“Together, these elements helped create a society in which many Americans see millions of snares, laid by a menacing group of enemies, all the more alarming for how difficult they are to identify and pin down.

“Conspiracy theories tend to flourish especially at times of rapid social change, when we are re-evaluating ourselves and, perhaps, facing uncomfortable questions in the process. In 1980, the civil liberties lawyer and author Frank Donner wrote that conspiracism reveals a fundamental insecurity about who Americans want to be versus who they are:

“’Especially in times of stress, exaggerated febrile explanations of unwelcome reality come to the surface of American life and attract support,’ he wrote. The continual resurgence of conspiracy movements, he claimed, ‘illuminate[s] a striking contrast between our claims to superiority, indeed our mission as a redeemer nation to bring a new world order, and the extraordinary fragility of our confidence in our institutions’. That contrast, he said, ‘has led some observers to conclude that we are, subconsciously, quite insecure about the value and permanence of our society’”.

Source
Anna Merlan, “Why we are addicted to conspiracy theories” https://www.theguardian.com/us-news/2019/may/02/why-we-are-addicted-to-conspiracy-theories

The Basic Cruelty and Inhumanity of The Sandy Hook Hoaxers: 17 Examples http://www.mybestbuddymedia.com/2016/10/the-basic-cruelty-and-inhumanity-of.html