17 Concise Reasons Why Natural News Is A Fraud 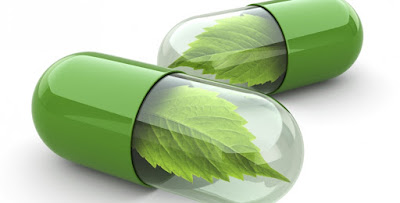 The only thing that is “natural” about Natural News is that it is perfectly natural for human beings to lie and deceive for pride and profit. Founder Mike Adams is just another in the long list of snake oil hucksters who take pleasure in hawking misinformation, half-truths, spin and paranoia.

1)    Adams is against all types of vaccinations, in spite of the overwhelming evidence of the benefits compared to relatively few drawbacks (See 2 Related Posts below). Writing in the Wall Street Journal, leading vaccines researcher Dr. Paul Offit gives examples close to home:

“ … between 2009 and 2010 more than 3,500 cases of mumps were reported in New York City and surrounding area. In 2010 California experienced an outbreak of whooping cough larger than any outbreak there since 1947. Ten children died. In the first half of 2012, Washington suffered 2,520 cases of whooping cough, a 1,300% increase from the previous year and the largest outbreak in the state since 1942. As of Aug. 29, about 600 cases of measles have occurred in the U.S. in 2014: the largest outbreak in 20 years—in a country that the Centers for Disease Control and Prevention declared measles-free in 2000.”  Watch the video:
http://online.wsj.com/articles/paul-a-offit-the-anti-vaccination-epidemic-1411598408

2)    Adams has set himself up as one of the world’s most ardent enemies of chemotherapy. He commits the Argument from Perfection fallacy – because chemo doesn’t work all the time for everyone, banish the entire remedy. Luckily for most of health care, cooler heads prevail:

“Considering the question of whether chemotherapy ‘works’ or not is very similar to asking the question, ‘Why haven’t we cured cancer yet?’ The reason is that it’s a question that’s so vague as to be almost meaningless. Cancer is, as I have pointed out, hundreds of diseases, each driven by a plethora of different combinations of disruptions in cell growth control mechanisms. A more appropriate question is whether we’ve cured this cancer or that cancer, not whether we’ve cured cancer. Similarly, asking the question of whether chemotherapy ‘works’ is similarly vague and meaningless. The real questions are (1) whether this specific chemotherapy regimen ‘works’ for this cancer, although there are some examples that in aggregate we can make some conclusions about and (2) whether specific chemotherapy regimens can cure specific cancers.”
https://sciencebasedmedicine.org/chemotherapy-doesnt-work/

The simple facts convey that chemotherapy can and does work for many types of cancer: http://www.mybestbuddymedia.com/2017/02/good-news-on-cancer-survivorship.html

3)    Adams believes that AIDS is not caused by HIV, in spite of scientific consensus and irrefutable evidence. http://rationalwiki.org/wiki/HIV/AIDS_denialism

“No reputable scientific or medical studies have reported that lemons have definitively been found to be a ‘proven remedy against cancers of all types,’ nor has any of the (conveniently unnamed) ‘world’s largest drug manufacturers’ reported discovering that lemons are ‘10,000 times stronger than chemotherapy’ and that their ingestion can ‘destroy malignant [cancer] cells.’”
http://www.snopes.com/medical/disease/lemons.asp

5)     Adams has bought in to the unsubstantiated GMO hysteria, which fits in nicely with his methods of manipulation by fear mongering. The best quick and concise video on the issue is here below, with more depth in the Related Posts:

6)     Adams relentlessly pushes the evils of gluten, even for those without celiac disease. Not only are gluten concerns unsubstantiated, but unnecessary health problems can arise:

“For people without celiac disease, there may be risks to going on a gluten-free diet (GFD), including ‘potential for obesity, new-onset insulin resistance, and deficiencies of B vitamins, folate, iron, and other nutrients.’ Celiac disease is hereditary, so going on a gluten-free diet will not prevent you from having celiac disease. ‘Obesity, overweight, and new-onset insulin resistance and metabolic syndrome have been identified after initiation of a GFD.’ This may be due to GFD packaged foods containing a higher density of fat and sugar than non-GFD packaged foods. GFD packaged foods are also rarely fortified with vitamins, leading to the potential for B vitamin and iron deficiency.”  http://rationalwiki.org/wiki/Gluten-free

7)     What is surprising to even most alternative medicine practitioners is Adam’s strange denial of germ theory – the vast body of evidence that proves bacteria and viruses cause infectious diseases. Adams is willing to go to any lengths just to be a contrarian, even if he looks foolish doing so. As long as he dupes many people in the process, his ego is stroked and he continues on his crusade.

“Some alternative medicine advocates deny the validity of germ theory in medicine, believing that despite many, many validations of the work of Anton van Leeuwenhoek, Ignaz Semmelweis, Joseph Lister, Robert Koch and Louis Pasteur, bacteria and viruses are not the causative agents of infectious disease. Typically, they argue that microorganisms are symptoms rather than causes of illness. While many cloak their denialism in other alternative medicine specialties such as naturopathy or chiropractic, others are more strident, often invoking conspiracy theories by the medical establishment and accusing Louis Pasteur in particular of fraud.”
http://rationalwiki.org/wiki/Germ_theory_denialism

8)    Adams believes homeopathic medicines actual contain active ingredients that have efficacy in treating health conditions. Homeopathic labs dilute the supposed healing agent to where it is virtually microscopically undetectable. Here is one small sampling of the evidence, as well as two overviews in the Related Posts below:

9)    The entire detox industry has convinced some people that their products are what is needed for physical detox. The human body’s own efficient and well-organized natural detox functions don’t seem to be enough. Mike Adams was happily convinced, and now sells 25 detox items ranging from $5.99 to $1995.00. The hard science on detox tells a different story:

“The science is conclusive that the amazing human body does a great job cleansing toxins on its own, thank you very much! Our skin, as well as our colon, liver, and kidneys do a meticulous and methodical job without emptying out our wallet. Any reputable doctor or student of human anatomy and physiology will tell you the simple fact: ‘Toxins don’t build up waiting to be cleansed by supplements and special foods.’”
http://www.mybestbuddymedia.com/2015/04/detox-cleanses..html

10)    The effectiveness of vitamin supplements has been called into question in recent years due to the results of numerous studies and clinical trials. Adams considers all this a conspiracy designed to keep people from optimal health. In his online store he sells 12 different types of vitamins and multivitamins ranging in price from $12.95 to $139.95. A roundup of the latest research can be found at: http://www.mybestbuddymedia.com/2014/09/19-vitamin-mineral-supplements.html . More resources in the Related Posts below.

11)    Adams' lack of understanding of basic scientific principles was put on display when he misinterpreted research published in the journal Nature as supporting his beliefs in astrology! Adams wrote:

“Skeptics must be further bewildered by the new research published in Nature Neuroscience and conducted at Vanderbilt University which unintentionally provides scientific support for the fundamental principle of astrology — namely, that the position of the planets at your time of birth influences your personality.”

He was corrected by astronomer and science writer Phil Plait in Discover magazine:
http://blogs.discovermagazine.com/badastronomy/2010/12/13/mike-adams-fails-again-astrology-edition/#.WWQbv1GQzIV

12)    Adams supports every possible conspiracy theory having to do with medicine. His arguments are less than weak and his conclusions are essentially Confirmation Bias. He can’t prove it, but since his world view is right, then every detail concerning that view MUST fit in to the narrative. He is vocal about Big Pharma conspiracies, in spite of the endless counterarguments that debunk his “facts”:
http://www.mybestbuddymedia.com/2017/05/12-simple-facts-debunking-big-pharma.html

13)    Adams is so consumed with paranoia he believes 9/11 was an inside job, the facts and evidence notwithstanding. The best and most concise rebuttal can be found at: http://rationalwiki.org/wiki/9-11. The Related Posts on conspiracy theorists in general give insight into the inner workings of the conspiracy mind.

14)    Adams supports almost everything talk show host Alex Jones says and believes. There is too much to unpack here, except to direct you to a brief overview: http://www.mybestbuddymedia.com/2017/05/7-concise-reasons-why-alex-jones-is.html

15)    Adams has bought in to all the conspiracy theories in connection with the Sandy Hook Elementary School shooting on December 14, 2012. All were effectively and immediately debunked by the most simple and basic observations and common sense:

“During the initial chaotic minutes and hours, it took investigators time to correctly piece together exactly what happened in order to properly inform the public. In the meantime the media was scrambling for any morsel of information and broadcast several rumors that were later retracted. As falsely reported, there was no second gunman, no man in military fatigues was seen nearby, and the gunman’s shocked brother was not the killer. He was working in Manhattan desperately declaring his innocence on Facebook! Conspiracy theorists immediately seized on the confusion and chaos at the school.”  http://www.mybestbuddymedia.com/2016/01/sinister-schemes-unmasking-conspiracy.html

Adams has aligned himself with the cruelest and most heartless people anyone can ever have the misfortune to meet:
The Basic Cruelty and Inhumanity of The Sandy Hook Hoaxers: 17 Examples http://www.mybestbuddymedia.com/2016/10/the-basic-cruelty-and-inhumanity-of.html

16)    Adams sincerely believes the April 15, 2013 Boston Marathon bombing was conducted by private American military contractors designed to scare Americans into accepting martial law and justify increased government security powers. This was thoroughly debunked by so many sources, one of the best being:
http://www.snopes.com/politics/conspiracy/boston.asp

17)    Adams showed his true colors when on April 28, 2011 he wrote an article for his site claiming that Barack Obama’s birth certificate is a fake and he is not an American. This has been debunked so thoroughly that Adams soon took it down, but it was archived online by an independent site for all the world to see: https://web.archive.org/web/20110430220951/http://www.naturalnews.com/032217_Obama_birth_certificate.html . Adams automatically believes every and any conspiracy without honesty, proper research and critical thinking.

17 Concise Reasons Why Homeopathy is a Fraud http://www.mybestbuddymedia.com/2013/10/17-concise-reasons-why-homeopathy-is.html