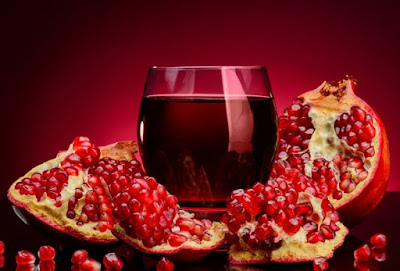 American and Canadian consumers are often getting hoodwinked by many of the popular fruit juices sold on supermarket shelves. All is not as it seems as unscrupulous for-profit food companies display one thing on their products and deliver a slightly different, diluted, devalued and distasteful version.

“Juices might be watered down, or a more expensive juice (such as from pomegranates or other ‘super’ fruit) might be cut with a cheaper juice (such as apple or grape juice). Some juice may be only water, dye, and sugary flavorings, although fruit is the listed ingredient on the label. Orange juice has been shown to sometimes contain added unlisted lemon juice, mandarin juice, grapefruit juice, high fructose corn syrup, paprika extract, and beet sugar. Apple juice has been shown to have added unlisted grape juice, high fructose corn syrup, pear juice, pineapple juice, raisin sweetener, fig juice, fructose, and malic acid.”  https://fas.org/sgp/crs/misc/R43358.pdf


A 2015 Food and Drug Administration Import Alert update highlights the seriousness of the problems:

“The Center for Food Safety and Applied Nutrition (CFSAN), received several written complaints from U.S. firms and attorneys alleging that imported juices and juice concentrates such as pomegranate juice and lemon juice did not meet the label declaration of 100% juice. It has been claimed that the juice has been substituted with other substances, such as citric acid or sweeteners. The complainants alleged that they, or their clients, were competing at a disadvantage resulting in an economic loss.

“FDA conducted its own sampling in follow-up to the complaints. After the analysis, FDA found that some of the samples contained undeclared ingredients (e.g., artificial colors, citric acid, sweeteners, or less expensive juices that substitute in whole or in part for the juice purported on the label) so the products were not as they were represented to be on the labels and were therefore adulterated and misbranded.”  http://www.accessdata.fda.gov/cms_ia/importalert_1101.html

In his book, Real Food / Fake Food: Why You Don’t Know What You’re Eating & What You Can Do About It, award-winning journalist and author Larry Olmstead covers some of the concerns with fruit juice adulteration:

“Krueger Food Laboratories is an independent testing facility in Massachusetts that among other things specializes in fruit juices. In a presentation on food adulteration for the University of California, Davis, Dana Krueger noted that fruit juice could be ‘extended’ with sugar or high-fructose corn syrup costing a fifth as much as the actual juice, as well as cheap specialty sweeteners such as insulin syrup and rice syrup, while juices could also be ‘enhanced’ with improper additives like colors and acids. More expensive juices were cut with cheaper apple, white grape and pear juices as well as by-products like fruit pomace extract and peel juices, while in the case of the most expensive berry and pomegranate juices, ‘almost anything’ made economic sense as an adulterant. She detailed a long and continuing history of major fruit juice scandals in this country: apples in the 1970’s and again in the 1990’s; oranges in the 1980’s; cranberries in the 1990’s; and problems today with both lemon and pomegranate juices, as well as the suddenly hot category of coconut water.”

(Larry Olmstead, Real Food / Fake Food: Why You Don’t Know What You’re Eating & What You Can Do About It, Algonquin Books of Chapel Hill, 2016)

The human and environmental health company PerkinElmer, which focuses in part on food and consumer product safety, recently completed a case study on pomegranate juice adulteration:

“Problems occur when lower cost juices are added and they are not mentioned on the label. This means that a producer can charge $30-60 for a gallon that is only worth $10-20. When asking how this happens, first consider where pomegranates have traditionally been grown. Iran is one of the world’s largest producers, however other notable countries include Iraq, Syria, Afghanistan, Armenia, Georgia, Azerbaijan and many more. The countries have all had problems with suspicious food products in the past, with recent data suggesting a very high percentage of adulterated pomegranate juice is coming from the region.

“The question should then arise ‘why not flag these countries imports into the West as suspicious?’ This scheme should be effective but unfortunately the food supply chain is very complex. For example, these juices may be shipped to a distributor in India or China or Russia, before being shipped to the West for bottling and consumption with virtually no trace of the original grower. As such, some final products maybe adulterated without the final the bottler’s knowledge.”       http://www.perkinelmer.ca/lab-solutions/resources/docs/CST_PomegranateJuiceAdulteration.pdf

“The Supreme Court on Thursday unanimously allowed a false advertising suit against a Coca-Cola juice blend to move forward, saying the company’s practices ‘allegedly mislead and trick consumers, all to the injury of competitors.’ The blend, sold under Coca-Cola’s Minute Maid brand, is made almost entirely from apple and grape juice. But it is labeled Pomegranate Blueberry, followed in smaller type by the phrase ‘Flavored Blend of 5 Juices.’

“Justice Anthony M. Kennedy, writing for the court, said the blend contained a ‘minuscule amount of pomegranate and blueberry juices.’ More specifically, he said, it is made up of ‘99.4 percent apple and grape juices, 0.3 percent pomegranate juice, 0.2 percent blueberry juice and 0.1 percent raspberry juice.’”  https://www.nytimes.com/2014/06/13/business/supreme-court-says-coca-cola-can-be-sued-by-Pom-Wonderful.html

What Consumers Can Do

Always check the label for misleading claims. For example, a bottle of juice with large letters stating Blueberry-Cranberry and 100% Juice is often deceptive. The 100% Juice wording is usually separate from Blueberry-Cranberry. Check the list of ingredients. In many cases apple juice is the first on the list, meaning there is more of it than any other ingredient, and actual blueberry /cranberry juice is somewhere in the middle. Often the large bold letters don’t say Blueberry-Cranberry Juice and there are appealing pictures of blueberries and cranberries, but no apples. This deceptive marketing is 100% legal! Apple juice is far less expensive than both cranberry and blueberry juice so marketers attempt to sell the berry but deliver far more apple. In some cases honest marketers place the word “cocktail” or “juice blend” somewhere on the label. Savvy consumers know what this means and purchase accordingly.