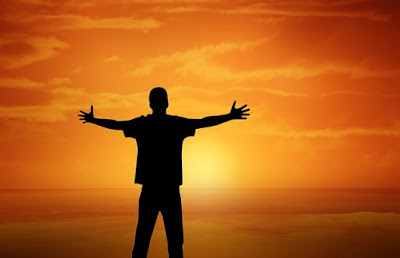 In recent years a deluge of scientific research has established rigorous exercise as an effective antidote for those suffering with mild to moderate depression, and in many cases even severe depression. An untold number of determined and single-minded women and men have warded off its debilitating effects and most have actually achieved a healthy level of normal, daily effervescence. As a treatment, exercise has proven over and over to be the most practical, economical, low-risk, enjoyable and satisfying.

“Likewise, Erika Howder of Arlington, Va., says exercise pulled her out of the postpartum depression she developed after having her first baby about 14 years ago. She made an appointment with a therapist for help just a few weeks after that birth, but while waiting for the date to arrive, she began to run on a treadmill. ‘I felt an improvement almost immediately,’ she says. ‘I know I could have tried meds, but most have side effects. Running gave me the antidepressant I needed without any other issues.’ She canceled her appointment and never looked back.”

“Beyond these physiological reasons, many social and psychological factors help to explain why working out can alleviate symptoms of depression. In comprehensive interviews, people who have struggled with the disorder say that exercise energizes them, gives them a sense of purpose and achievement, elevates their self-esteem and mood, regulates appetite and sleep cycles, and distracts them from negative thoughts. For those who exercise in a group, it can also provide a welcome opportunity for social interaction.”

“Twenty-five randomized controlled trials (RCTs) were included comparing exercise versus control comparison groups, including 9 examining participants with Major Depressive Disorder (MDD). Overall, exercise had a large and significant effect on depression…. Larger effects were found for interventions in MDD, utilising aerobic exercise, at moderate and vigorous intensities, in a supervised and unsupervised format. In MDD, larger effects were found for moderate intensity, aerobic exercise, and interventions supervised by exercise professionals. Exercise has a large and significant antidepressant effect in people with depression (including MDD). Previous meta-analyses may have underestimated the benefits of exercise due to publication bias. Our data strongly support the claim that exercise is an evidence-based treatment for depression.”

“Among these million-plus people, the links between fitness and mental health turned out to be considerable. When the researchers divided the group into thirds, based on how aerobically fit they were, those men and women with the lowest fitness were about 75 percent more likely to have been given diagnoses of depression than the people with the greatest fitness. The men and women in the middle third were almost 25 percent more likely to develop depression than those who were the most fit.”

“Physical activity (PA) is protective from future depression, however, the potential impact of cardiorespiratory fitness (CRF) on the development of depression is less clear. We aimed to investigate if lower levels of CRF are associated with a higher risk for depression onset. Major electronic databases were searched, from inception to January 2016 for prospective cohort studies evaluating the association between CRF and incident depression…… Considered alongside the wider benefits of higher levels of CRF, these findings further support the rationale for interventions specifically targeting fitness, in order to reduce the significant burden associated with depression.”

Exercise As A 2nd Medication

“Exercise can be as effective as a second medication for as many as half of depressed patients whose condition has not been cured by a single antidepressant medication. University of Texas Southwestern Medical Center scientists involved in the investigation, recently published in the Journal of Clinical Psychiatry, found that both moderate and intense levels of daily exercise can work as well as administering a second antidepressant drug, which is often used when initial medications don’t move patients to remission. The type of exercise needed, however, depends on the characteristics of patients, including their gender.”

“Exercise also seems to mimic some of the chemical effects of antidepressant medication. Based on increasing evidence, some scientists argue that certain cases of depression result from the impaired growth of both brain cells and the connections between them. Studies have documented the atrophy and loss of neurons in brain regions such as the amygdala, hippocampus, and prefrontal cortex in patients with major depression. Antidepressants that increase levels of serotonin and other neurotransmitters might work by reinvigorating neural proliferation, a process that depends in part on a molecule called brain-derived neurotrophic factor (BDNF). In studies with both animals and people, exercise enhances the production of BDNF.”

“Increasing evidence suggests that distinctly different brain states are associated with sedentary behavior compared with physically active behavior. Metabolic studies show that the non-oxidative consumption of carbohydrates by the brain increases greatly during vigorous activity. Prior studies have suggested that one component of this metabolic shift may involve increasing the reserves of neurotransmitters in the brain via de novo synthesis from carbohydrate substrates. The current study reports the results of three experiments that support this hypothesis by showing increased cortical content of glutamate and GABA following physical activity. Understanding how brain metabolism and function differ during sedentary versus active behavioral states may provide important insights into the neuro-therapeutic potential of exercise.”

James Blumenthal, PhD, a clinical psychologist at Duke University: "There's good epidemiological data to suggest that active people are less depressed than inactive people. And people who were active and stopped tend to be more depressed than those who maintain or initiate an exercise program …...  Exercise seems not only important for treating depression, but also in preventing relapse."

“After demonstrating that 30 minutes of brisk exercise three times a week is just as effective as drug therapy in relieving the symptoms of major depression in the short term, medical center researchers have now shown that continued exercise greatly reduces the chances of the depression returning. Last year, the Duke researchers reported on their study of 156 older patients diagnosed with major depression which, to their surprise, found that after 16 weeks, patients who exercised showed statistically significant and comparable improvement relative to those who took anti-depression medication, or those who took the medication and exercised. The new study, which followed the same participants for an additional six months, found that patients who continued to exercise after completing the initial trial were much less likely to see their depression return than the other patients.”

“In summary, exercise appears to be an effective treatment for depression, improving depressive symptoms to a comparable extent as pharmacotherapy and psychotherapy. Observational studies suggest that active people are less likely to be depressed, and interventional studies suggest that exercise is beneficial in reducing depression. It appears that even modest levels of exercise are associated with improvements in depression, and while most studies to date have focused on aerobic exercise, several studies also have found evidence that resistance training also may be effective. While the optimal ‘dose’ of exercise is unknown, clearly any exercise is better than no exercise. Getting patients to initiate exercise ---and sustain it – is critical.”

The Hard Science on Fitness and the Elderly  http://www.mybestbuddymedia.com/2016/08/the-hard-science-on-fitness-and-elderly.html

Get Rid of That Slouched Posture     http://www.mybestbuddymedia.com/2015/11/get-rid-of-that-slouched-posture.html

Natural High: The Effects of Exercise On Depression   http://www.mybestbuddymedia.com/2014/02/exercise-depression.html

Only 10 Minutes? The Fitness Claim That Delivers http://www.mybestbuddymedia.com/2013/12/fitness-exercise.html