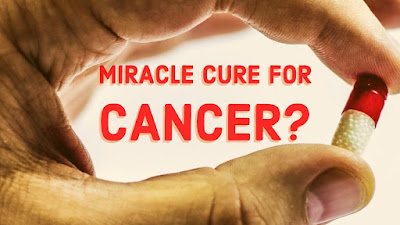 The Hope4Cancer clinic in Playas de Tijuana, Mexico is a typical example of a pseudo-health and pseudo-scientific “clinic” that promises to cure cancer using unproven, snake-oil treatments. Not only is death the inevitable result, but desperate cancer patients are exploited to the tune of $15,000 US per week. The following are ten evidences exposing this clinic and others like it.

1) The clinic uses ozone therapy to treat some cancer patients.


“Ozone is a toxic gas with no known useful medical application in specific, adjunctive, or preventive therapy. In order for ozone to be effective as a germicide, it must be present in a concentration far greater than that which can be safely tolerated by man and animals.”

“With regard to ozone used therapeutically, websites offering ozone therapy quote the results of a large observational ‘study’ reportedly conducted by the German Medical Society for Ozone Therapy in 1980 involving 644 therapies and 384,775 patients who had received a total of over 5.5million treatments. A full report of this cited experience could not be found and therefore valid conclusions are not possible.”

2) Infrequent and mysterious spontaneous remission of cancer accounts for many of the rare successful claims of these pseudo clinics.

“Similarly spectacular recoveries have now been recorded in many different kinds of cancer, including extremely aggressive forms like acute myeloid leukaemia, which involves the abnormal growth of white blood cells. ‘If you leave the patient untreated, they usually die within weeks, if not days,’ says Armin Rashidi at Washington University in St Louis. Yet he has found 46 cases in which acute myeloid leukaemia regressed of its own accord, although only eight avoided a relapse in the long term.”

“The current use of amalgam has not posed a health risk apart from allergic reactions in few patients. Clinical justifications have not been available for removing clinically satisfactory amalgam restorations, except in patients allergic to amalgam constituents. Mercury hypersensitivity is an immune response to very low levels of mercury. There is no evidence that mercury released from amalgams results in adverse health effects in the general population. If the recommended mercury hygiene procedures are followed, the risks of adverse health effects in the dental office could be minimized. Amalgam is safe and effective restorative material and its replacement by nonamalgam restorations is not indicated. Also a recent review by the American Dental Association Council on Scientific Affairs states that: ‘Studies continue to support the position that dental amalgam is a safe restorative option for both children and adults. When responding to safety concerns it is important to make the distinction between known and hypothetical risks.’”

4) Hope4Cancer and many other clinics use hair analysis to diagnose many illnesses, including cancer.

“It's true that some heavy metals and other toxic chemicals in our bodies make their way to the hair, says James Klaunig, a professor of toxicology at Indiana University in Indianapolis and a member of the executive council of the Society of Toxicology. (Klaunig is an expert in forensic toxicology, the science of finding traces of toxins in various body tissues.)

“But in his opinion, hair is a lousy indicator of heavy metal levels in the rest of the body. Though a properly tested hair sample might be able to show that a person has a certain metal in his or her system, ‘the levels are difficult if not impossible to quantify,’ he says…..

“Many researchers over the years have tried to develop toxin tests for hair samples, says LuAnne White, professor of environmental health sciences at Tulane University School of Medicine and Tropical Health in New Orleans. But, according to White, such attempts have mostly been abandoned as a ‘dead end.’ As White explains, hair follicles soak up compounds (toxic or otherwise) in a haphazard and unpredictable manner, so a hair analysis can never be as accurate as a blood or urine test at a doctor's office. ‘If you think you've been exposed to a heavy metal, you should go to a doctor,’ she says.”

5) To help boost healing of various diseases, Hope4Cancer sells Double Helix Water for $4,000 per liter. The claim is that this special water “enhances nutrient absorption, removes metabolic waste and enhances cellular communication.” It is also called structured or Hexagonal water.

“The concept of hexagonal water clashes with several established scientific ideas. Although water clusters have been observed experimentally, they have a very short lifetime: the hydrogen bonds are continually breaking and reforming at timescales shorter than 200 femtoseconds. This contradicts the hexagonal water model's claim that the particular structure of water consumed is the same structure used by the body. Similarly, the hexagonal water model claims that this particular structure of water ‘resonates with energetic vibrations of the body to amplify life force.’ Although water molecules strongly absorb energy in the infrared range of the electromagnetic spectrum, there is no scientific evidence that supports the theory that hexagon-shaped water polymers would be created through bombardment of energy of these frequencies.”

6) The Hope4Cancer clinic in Cancun , Mexico, and many other similar clinics, promote the alkaline diet, asserting that the body needs alkaline to starve cancer cells.

“In order for a cancer cell to grow, it relies on growth of blood vessels in efforts to provide enough oxygen to metabolize energy. However, the pace of cancer cell growth and division is quicker than the production of oxygen-supplying blood vessels. This results in the inefficient metabolism of its energy supply, and ultimately, lactic acid is produced.

“Because the cancer cell is producing lactic acid, does not mean that the whole body becomes acidic. In fact, the body has a very tight set of checks and balances which keeps your blood’s (i.e., body’s) pH between 7.35 – 7.45, or near neutral. It is also impossible to significantly alter one’s blood pH with the food you eat. Therefore, checking your saliva for acidity or alkalinity is not an accurate measure of your body’s actual pH balance. So, as you can see, it is not the body that is too acidic and gives cancer cells a medium to grow and divide. Rather, it’s the opposite. Cancer cells produce acid, but that does not make the entire body more acidic.”

7) Hope4Cancer and most sham clinics utilize the Gerson Therapy to cure cancer. Patients are fed exorbitant amounts of dietary antioxidant supplements, hoping this will prevent the spread of the disease.

---An analysis of 9 randomized controlled trials by the National Cancer Institute: “Overall, these nine randomized controlled clinical trials did not provide evidence that dietary antioxidant supplements are beneficial in primary cancer prevention. In addition, a systematic review of the available evidence regarding the use of vitamin and mineral supplements for the prevention of chronic diseases, including cancer, conducted for the United States Preventive Services Task Force (USPSTF) likewise found no clear evidence of benefit in preventing cancer.”

8)  All these clinics fall into the same general category regarding the Gerson Therapy and all other alternative, miracle cures.

9) Family members of the deceased are often the ones left to tell the story of a tragic decision.

“Towards the end, she was desperate and deeply regretful. It’s one of the big reasons that her social media accounts, website and videos were deleted. The truth is, she died knowing that she rejected treatment that may have saved her life, or at least prolonged it. If you put yourself into the shoes of a young woman who has to face that she gambled with her life and lost, you will realise what a terrifying revelation that is.

“To concede that you were wrong about something is a bitter pill to swallow, but to know that it will lead to your premature death is just unimaginable.

“I’ve already seen commentary around that suggests that her crisis and questioning of her treatment led to negative energy that made the cancer flare up. That is simply not true. Her arm in particular degraded at an expected rate, even during the height of her positivity and commitment to her regime  ……  The tragic truth is that, in the end, she didn’t believe it. She did not regret her healthy lifestyle, but she most certainly did regret rejecting conventional treatment.”

10) Scam cancer clinics play fast and loose with the reality of cancer survivorship. They deceptively dodge, duck and sidestep the bare facts:

“More than 15.5 million children and adults with a history of cancer were alive on January 1, 2016, in the United States …..  Cancers of the prostate and colon and rectum, and melanoma are the three most prevalent among males, whereas cancers of the breast, uterine corpus, and colon and rectum are most prevalent among females ….. The majority of cancer survivors (67%) were diagnosed 5 or more years ago, and 17% were diagnosed 20 or more years ago. Nearly half (47%) of survivors are 70 years of age or older, while only 11% are younger than 50 ….. By January 1, 2026, it is estimated that the population of cancer survivors will increase to 20.3 million: almost 10 million males and 10.3 million females.”