8 Reasons Why Homeopathy Is A Cult 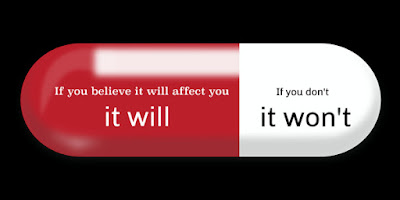 All medicine should be viewed as a gift from God to help alleviate human suffering. Where is the medicine in homeopathy? It is based entirely on a superstitious faith in “magic water” that is not perceptible even with a microscope. Christians and all intelligent people have a responsibility to use critical thinking and ask for evidence. The human body is a God-given magnificent creation and should be treated wisely and respectfully. The following are eight reasons why homeopathy is not just quack medicine but both a cult and occultic.

“Homeopathy demands a strictly alternative philosophical approach to mainstream medicine. There is nothing ‘complementary’ about its views. Indeed, it defines itself in opposition to what it calls ‘allopathy’ and in doing so creates a straw man of what medicine is today. It lives in an ‘Us versus Them’ world. Followers slavishly follow the ‘teachings’ of its founder, Samuel Hahnemann, with the only internal debates being about how to interpret his words. They are zealous in their need to tell people that they hold the One Truth about medicine and people who question that are branded as corrupt shills for the conspiratorial pharmaceutical companies.”

2) Cults have massive numbers of devotees who left the group, completely disillusioned.

“I see it as a form of intellectual wanking – because there is no relating back to reality; and people now pay £40 an hour to their homeopath for that…………As I say, I now see homeopathy as the disease.  I think it is a form of madness.  I feel adversely affected. I feel as if I lost a decade.  Somehow I got trapped in a world that wasn’t mine and it was very uncomfortable. I have had to work hard to rid myself of cult thinking and am still in that process but I feel that I have support and the Cult Information Centre are very useful.”

3) Many cults have views on health and medicine that are harmful. Jehovah’s Witnesses, for example, have murdered thousands because of their erroneous view on refusing blood transfusions.

“I believe that understanding homeopathy requires a mental model that describes it as a pseudo-medical and superstitious cult. This model best describes its practices and the behaviors of its members. The cult model explains why virtually no homeopaths have condemned the murderous practice of using sugar pills to treat fatal diseases like HIV and malaria. The first treatment Hahnemann tried was for malaria. There is no question that he could have been wrong. It is why we see such a strong and universal anti-vaccination stance among homeopaths. Hahnemann believed mainstream medicine was the cause of disease, not its cure. The dogma persists in the thinking of the cult.”

4) Cults have a charismatic leader who cannot possibly be wrong.

“One characteristic of a cult is the unquestioning commitment of its members to the bizarre ideas of their iconic leader. This, I think, chimes with several forms alternative medicine. Homeopaths, for instance, very rarely question the implausible doctrines of Hahnemann who, to them, is some sort of a semi-god. Similarly, few chiropractors doubt even the most ridiculous assumptions of their founding father, D. D. Palmer who, despite of having been a somewhat pathetic figure, is uncritically worshiped. By definition, a cult-leader is idealized and thus not accountable to anyone; he (yes, it is almost invariably a male person) cannot be proven wrong by logic arguments nor by scientific facts. He is quite simply immune to any form of scrutiny. Those who dare to disagree with his dogma are expelled, punished, defamed or all of the above.”

5) Cults forbid critical thought and challenges to their doctrines.

“Cults tend to brain-wash their members into unconditional submission and belief. Likewise, fanatics of alternative medicine tend to be brain-washed, i.e. systematically misinformed to the extent that reality becomes invisible. They unquestioningly believe in what they have been told, in what they have read in their cult-texts, and in what they have learnt from their cult-peers. The effects of this phenomenon can be dramatic: the powers of discrimination of the cult-member are reduced, critical questions are discouraged, and no amount of evidence can dissuade the cult-member from abandoning even the most indefensible concepts. Internal criticism is thus by definition non-existent.”

6) Cult members are part of a select and privileged few and all the unenlightened are considered outsiders.

“Like religious cults, many forms of alternative medicine promote an elitist concept. Cult-members become convinced of their superiority, based not on rational considerations but on irrational beliefs. This phenomenon has a range of consequences. It leads to the isolation of the cult-member from the rest of the world. By definition, critics of the cult do not belong to the elite; they are viewed as not being able to comprehend the subtleties of the issues at hand and are thus ignored or not taken seriously. For cult-members, external criticism is thus non-existent or invalid.”

7) Most cults are based on New Age beliefs.

“If you know your New Age & occult philosophy you will recognize that what is in focus here is pantheism, that is, the belief that divinity or life force is inseparable from and immanent in everything. Leading homeopath Herbert Robert put it this way, relating homeopathy's vital force to a pantheistic deity in his Art of Cure by Homeopathy. He said the ‘vital force’ of homeopathy was part of ‘the moving Energy, the activating Power of the universe,’ as being ‘passed on in all forms and degrees of living creatures,’ and as permeating the universe:

“‘If therefore this force, this energy, actuates or permeates all forms and degrees of life from the most humble and inconspicuous to the very planets, we may reasonably assume that vital force is the most fundamental of all conditions of the universe, and that the laws governing the vital force in the individual are correlated with the laws which govern all vital force, all forms of energy, wherever or however expressed. [...] This energy [...] is responsible for all growth and all development in all spheres of existence.’”

The connection between homeopathy and occult energy fields is evident:

“Like Chinese medicine, homeopathy posits [assumes as fact] an energy field or 'vital force.' Disease is a disorder of the body's energy field, and the way to cure it is to manipulate that field. The energy field of the medicine stimulates that body's own fluid to induce healing. As with Chinese medicine, it is maintained that the energy fields are similar to those of modern physics. Again the principle cited is the interchangeability of matter and energy.”

8) Cults attack all beliefs that are contrary to their own.

“The so-called alternative medicine movement (CAM) is largely an attempt to insert religious beliefs into the practice and profession of medicine. CAM is also an attempt to create a double standard or even eliminate the standard of care so that any nonsense can flourish and con-artists and charlatans can practice their craft freely without being hounded by pesky regulations designed to protect the public. These are both insidious aspects of CAM that need to be exposed and vigorously opposed…… CAM proponents want to allow what is essentially magic back into the practice of medicine precisely because magic cannot be held to any standard. Magic can also be optimized for marketing purposes – you can make grandiose claims without having to back them up with rigorous evidence. It is for this reason that CAM proponents have been attacking science and the scientific standard in medicine from every angle.”

There is no question homeopathy is both a cult and contains aspects of the occult. Because the so called remedy is diluted to the point of total non-existence, essentially the user believes in an invisible force that is assumed to be doing some sort of healing. The origins and present day practice of homeopathy is entirely pagan and completely disassociated from Christian doctrine. This is a faith and belief in an invisible force that is possibly demonic and can do devastating damage to one’s spiritual life.

17 Concise Reasons Why Homeopathy is a Fraud http://www.mybestbuddymedia.com/2013/10/17-concise-reasons-why-homeopathy-is.html