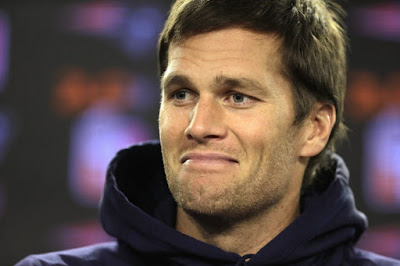 I’ve been a New England Patriots and Tom Brady fan since 2001, but I have no qualms giving him the criticism he deserves. His attribution of false, unproven claims and pseudoscience as being a reason for his success and long career is like Wayne Gretzky attributing his success to Canadian bacon and maple syrup.

More likely, Brady’s success is the result of natural talent, hard work, non-stop resistance band exercises and great coaching. Another key to his success is his extraordinary mind. When he was in college, after every practice, he borrowed 4 or 5 VHS cassettes from the coaching staff and studied film for two hours, then did his college studies. He programmed his football mind and saw the field like a chess player perceives the board. He would do well to use his nimble mind to properly and honestly evaluate the products and advice he espouses. The following are 9 embarrassing fumbles that expose his shameless, bogus claims.

Zero evidence for this. Just one example is from a study published in the British Journal of Sports Medicine. A total of 413 triathletes were tested after finishing an Ironman race:

“Sodium supplementation was not necessary to maintain serum sodium concentrations in athletes completing an Ironman triathlon nor required to prevent hyponatraemia from occurring in athletes who did not ingest supplemental sodium during the race…….Ad libitum sodium supplementation was not necessary to preserve serum sodium concentrations in athletes competing for about 12 hours in an Ironman triathlon. The Institute of Medicine’s recommended daily adequate intake of sodium (1.5 g/65 mmol) seems sufficient for a healthy person without further need to supplement during athletic activity.”

2) Brady calls himself possibly the most hydrated man in the world, and advises people drink half of their body weight in ounces of water. At 225 pounds, he tries to drink 112 ounces per day, claiming that anything less will increase toxins in cells and decrease oxygen in the bloodstream.

No scientific backing and potentially dangerous for overzealous young athletes who want to imitate Brady:

“Drinking excessive amounts of water when you’re not thirsty isn’t just dumb, it’s dangerous, because it can produce a potentially fatal condition called hyponatremia, or ‘water intoxication.’ Despite the marketing campaigns of bottled water makers and sports drink manufacturers, there’s no good science to show that athletes or anyone else needs to drink beyond thirst, which is your body’s natural way of telling you to drink, just like hunger means you need to eat. But there’s plenty of good evidence that drinking too much can kill you. Hyponatremia happens when the blood becomes dangerously diluted, which can lead to symptoms that look a lot like dehydration — such as fatigue, headache, confusion and weakness. In the most serious cases, it can provoke brain swelling, coma and even death. I have been unable to find a single case of a football player collapsing and dying from dehydration on the field3, but at least two high school football players have died from hyponatremia. Yet Brady says that underhydration is a greater problem than overhydration.”

While the diet is healthy as long as it is not taken to extremes, it is easily debunked by a basic understanding of the human body as well as zero scientific evidence:

“Acids are actually some of the most important building blocks of life... including amino acids, fatty acids and your DNA (deoxyribonucleic acid). The alkaline diet is healthy because it is based on real and unprocessed foods. It has absolutely nothing to do with being acidic or alkaline. Period.”

4) Brady subscribes to the mysterious and little known concept of massage that is “targeted, deep-force muscle work.” Muscle pliability helps him to effectively throw a football as well as evade tacklers.

No one in the field of exercise science has even heard of this. There are no published clinical trials of muscle pliability. The vast PubMed online database only has one reference to this, and it has to do with embalming techniques. Brady is only taking the word of his personal health guru, Alex Guerrero.

5) Brady strictly avoids “nightshade” veggies like tomatoes, eggplant and peppers, believing they cause inflammation. This can lead later in life to arthritis and osteoporosis.

More head scratching – where is this from? Eating too much processed food is the main culprit for inflammation:

“Certain people argue that nightshades are high in oxalic acid which inhibits the absorption of calcium, weakens bones and leads to osteoporosis. This is simply not true; nightshades are not high in oxalic acid. In fact, it is quite the opposite…… Millions of nightshade vegetables (including potatoes!) are consumed daily without incident. This is a clear sign that they are safe to eat. The bottom line is that if you’ve been enjoying potatoes, eggplants, tomatoes and peppers without any ill effects, you can continue eating them…… At the end of the day, despite the vicious rumors, nightshades are brimming over with nutrients and vitamins, which are excellent for your health and for most people, should be welcomed warmly into their plant-based lifestyle.”

Giant food marketers have conned people as to the evils of gluten and reaped great profits from more expensive gluten-free products. This SciShow video concisely offers the good, the bad, and the ugly.

7) With all this snake-oil and junk science, you know Brady is also anti-GMO!

Fumbling a ball during a football game may be embarrassing, but what is also embarrassing is the overwhelming amount of evidence for the safety and benefits of GMO food. Fear, paranoia and political opportunism have fueled anti-GMO hysteria, as well as a lack of critical thinking. There are more than 280 scientific and technical institutions that support the safety of GM crops:

“Currently there is a social and political controversy about the safety of foods produced from genetically modified (GM) crops, however, in the scientific community there is no dispute or controversy regarding the safety of these technology. To date, more than 3000 scientific studies have assessed the safety of these crops in terms of human health and environmental impact. These studies, together with several reviews performed on a case by case from regulatory agencies around the world, have enabled a solid and clear scientific consensus: GM crops have no more risk than those that have been developed by conventional breeding techniques.

“In addition, there is also extensive literature that compiles the socioeconomic and environmental benefits that transgenic crops have reported in 2 decades of commercialization.”

In an interview Brady told the Boston Globe:

“When I was growing up, and playing outside in the sun, I got sunburned a lot. I was a fair-skinned Irish boy, after all. These days, even if I get an adequate amount of sun, I won’t get a sunburn, which I credit to the amount of water I drink. I always hydrate afterward, too, to keep my skin from peeling.”

“I’m all for his healthy living style, but in terms of his actual hypothesis of hydration preventing sunburn, we do understand a lot about the biology of what creates a sunburn and that is ultraviolet radiation. There is no scientific evidence that level of hydration would protect someone from getting damage from ultraviolet radiation. We know that the best methods of protection really are clothing and sunblock.

“I think that people do talk about hydration in terms of good care after one gets a sunburn. That’s because with a severe sunburn, you can lose a lot of water as the blood levels in your skin are dilated. You can lose a lot of excess moisture that way and become quite dehydrated. So it is a good idea to drink a lot of water if you get a sunburn, but in terms of prevention of sunburn, we really do heavily emphasize trying to cover up, putting sunblock on, and avoiding peak hours.”

So many charlatans are out there who easily dupe people with no scientific background or who are unable to detect nonsense by the use of basic critical thinking:

“He (Guerrero) also ‘promoted the product (Supreme Greens) as, among other things, an effective treatment, cure, and preventative for cancer, heart disease, arthritis, and diabetes, and as a means of achieving substantial weight loss of up to 80 pounds in 8 months,’ according to a complaint filed by the Federal Trade Commission. In addition, the FTC noted, Guerrero and his associates ‘claimed that Supreme Greens can be taken safely by pregnant women, children—including children as young as one year old—and any person taking any type of medication.’

“If anyone cared to look closely, however, there were a couple of problems with Dr. Alejandro Guerrero’s claims. First, he wasn’t a doctor of any kind—not a medical doctor, as he admitted in the infomercial—or a doctor of Oriental medicine, as he claimed to business associates, according to a sworn affidavit. The FTC would eventually bar Guerrero from ever again referring to himself as a doctor. In truth, Guerrero’s degree was a master’s in Chinese medicine from a college in California that no longer exists.

“The other problem, of course, was that Alejandro Guerrero’s Supreme Greens was a sham. Total nonsense. Modern-day snake oil. ‘This is just out and out quackery,’ says Barrie Cassileth, a bona-fide PhD in medical sociology and the founder of the Integrative Medicine Service at the Memorial Sloan Kettering Cancer Center, who helped the FTC investigate Supreme Greens.”

Reimer: It's time for Tom Brady to start offering some proof about the 'TB12 Method,' medical experts say
http://www.weei.com/articles/column/reimer-its-time-tom-brady-start-offering-some-proof-about-tb12-method-medical

Meet the chef who decides what Tom Brady eats—and what he definitely doesn’t                  https://www.boston.com/sports/new-england-patriots/2016/01/04/meet-the-chef-who-decides-what-tom-brady-eatsand-what-he-definitely-doesnt