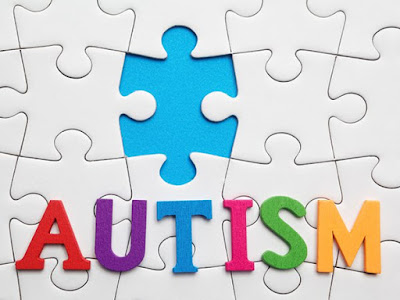 People with almost every disease or condition are targeted by snake-oil swindlers, but parents of autistic kids have been excessively targeted in recent years. Facebook pages and websites make unproven claims that vaccines or other treatments cause autism. Of course, in most cases, a miraculous “cure” is being sold by the peddler, victimizing the family financially and emotionally. This is part of the growing trend of fear-based marketing.


The biggest culprit in spreading false information is the emperor of con artists Mike Adams and Natural News. Celebrity anti-vaccination campaigner Jenny McCarthy is not far behind.

BuzzFeed News commissioned an extensive survey on the most popular web articles about autism between August 2012 and August 2017. More than half sold or supported treatments with no scientific evidence. These posts were shared on social media 6.3 million times. Evidence-based stories were shared 4.5 million times. Below are some of their findings.

“The prevalence of unevidenced stories about autism, and parents’ vulnerability to them, can also be explained by the nature of the condition itself. A diagnosis often hits parents without warning, and leaves them desperate for some control over their children’s lives and their own. That combination can leave parents looking for answers, and looking for solutions, that mainstream medicine is unable to offer.

“‘One of the curious features about autism is the way it develops,’ says Fitzpatrick (Dr Michael Fitzpatrick, a retired GP whose autistic son is now 25). ‘Most autistic children seem to develop perfectly normally until about 15 or 18 months of age. That insidious nature lends itself to speculative theories about what causes it and how you might treat it.’ Children get several jabs around this age, making the visible onset of autism easy to link to vaccines.”

The need to be doing something:

“And what makes parents more desperate, says Fitzpatrick, is that they often feel like they have no way of helping their child at all. ‘If you bring your autistic child to your GP and say you’ve got a problem, the GP will say ‘We don’t know what causes it and we can’t treat it.’ That’s very hard to live with,’ says Fitzpatrick.

“‘So if someone comes up to you and says ‘Your GP is useless. I know what causes it,’ or ‘take these tablets’, or ‘swim with dolphins’, or whatever, then at least you’ve got something.’ He thinks that’s why dietary plans are so popular among parents of autistic children. ‘It gives you a feeling of control, and that’s exactly what the child denies you, because they’re so difficult to manage,’ he says. ‘The one thing about having an autistic child is that you feel so impotent. Nothing seems to work; doing anything ordinary is so difficult.

“‘At least you can say ‘I’ll follow this diet, avoid these foods, have these foods, give these supplements.’ It’s very specific. It’s a programme that involves a lot of parental effort, and parents welcome that.’”

Chelation: “Chelation therapy involves administering chemicals designed to bind to heavy metals and eliminate them from the body……There is no evidence that supports chelation as a safe treatment alternative because autism is not caused by metal poisoning…….No paper published in the peer-reviewed literature has reported abnormal levels of mercury in individuals with autism spectrum disorder.”

Lupron Therapy: “Its use for autism is based on the hypothesis that testosterone magnifies the toxic effects of mercury (see above). There is no evidence that Lupron is safe or effective for the treatment of autism.”

Hyperbaric Oxygen Therapy (HBOT): “There is no evidence to support ASD as an insufficiency of oxygen in the blood. Evidence also fails to support HBOT as safe or effective for the treatment of autism.”

Gluten Free-Casein Free (GFCF) Diet: “Those who promote gluten (protein found in wheat, rye, and barley products) and casein (protein found in dairy products) free diets claim that children with autism have ‘leaky guts’ that allow opioids to escape into the bloodstream and then travel to the brain and cause autistic behaviors. There is no evidence for this claim, and studies have found that compared to typically developing children, children with autism have no more opioids in their blood.”

Stem Cell Therapy: “Stem cell therapy for autism is illegal in the United States, but that hasn’t stopped some from offering this as a treatment for autism in Costa Rica, China, and other countries. There is no evidence that the treatment is safe or effective for autism, and no guarantee that the stem cells used in these countries are even human.”

Secretin Injections: “The FDA has approved use of single doses of secretin in diagnosing gastrointestinal problems such as ulcers or impaired pancreatic function in adults, but it has not formally approved the hormone for autism treatment. No data exists on the safety or efficacy of repeated doses of secretin or its use in children.”

Antifungal Agent Therapy: “Some people believe that bacteria in the gut cause autism, and since antifungal medications can eliminate bacteria they believe they can simultaneously cure autism. There is no evidence to support any antifungal agent as an autism cure.”

Vitamin Supplements: “Use of supplements can be problematic however, when they are misused in an attempt to cure an individual of autism. There is no scientific evidence suggesting that vitamin supplements can cure autism.”

Raw Camel Milk: “Raw camel milk has been alleged to cure autism-related ills with benefits ranging from improved eye contact and motor skills to decreased inflammation. Although it may be nutritious, there is no scientific research that upholds claims that raw camel milk is an autism ‘cure-all.’”

Marijuana Therapy: “Marijuana is an illicit drug whose use in ASD treatment is neither medically nor scientifically supported for the core symptoms of autism.”

Nicotine Patch Therapy: “Despite having a rationale that is based on scientific findings, use of this treatment is not supported by scientific evidence. No clinical trials have demonstrated that nicotine patches are safe or effective in the treatment of ASD.”

Bleach Therapy: “The rationale for the treatment is that bleach can eliminate bacteria, parasites, yeast, and heavy metals and consequently eliminate ASD symptoms. This treatment has been widely denounced for the harm it can cause as well as its complete lack of scientific basis.”

Transcranial Magnetic Stimulation: “TMS is a procedure in which magnetic fields are used to stimulate nerve cells in the brain to enhance or reduce certain functions……..Investigations into the efficacy of TMS in ASD treatment are currently underway, but presently there is no evidence to support its use.”

Therapeutic Horseback Riding: “Horseback-riding therapy for individuals with ASD aims to foster motor, communication, and social skills, while improving responses to external stimuli. Although a few studies touting the benefits of therapeutic riding have been published in peer-reviewed journals, they are either mainly descriptive, involve small samples or rely on poor outcome measures, and thus cannot support the therapy as a useful, evidence-based intervention.”

Dolphin-Assisted Therapy: “When undergoing dolphin-assisted therapy (DAT), an individual with autism swims, touches, and interacts with dolphins. Alleged benefits of dolphin therapy include improved emotional control and communication skills, as well as increased attention……There is no scientific evidence suggesting that DAT is efficacious in the long-term improvement of ASD symptoms.”

Prism Glasses: “Their purported benefits extend to other areas, including spatial localization, visual awareness, decrease in sensory seeking behaviors, organization, gait, eye contact, mood, facial expressions, and fine and gross motor skills. Unfortunately these benefits have no scientific backing; no studies with strong experimental designs have supported the use of this expensive therapy in individuals with autism.”

Holding Therapy: “Holding therapy is based on the erroneous notion that autism is a disorder of attachment caused by a parent’s failure to bond with their child. In a holding therapy session, a caregiver physically restrains a child with autism in order to force eye contact and repair attachment. This treatment has been deemed ineffective and dangerous. There is no scientific evidence suggesting that holding therapy works and fatalities have resulted from its use.”

“Welcome to the vast universe of self-built social media empires devoted to spreading false, misleading, and polarizing science and health news — sometimes further and wider than the real information. Here, climate change is a government-sponsored hoax, fluoridated water is poisonous, cannabis can cure cancer, and airplanes are constantly spraying pesticides and biological waste into the air. Genetically modified food is destroying humanity and the planet. Vaccines are experimental, autism-causing injections forced on innocent babies. We can’t trust anything that we eat, drink, breathe, or medicate with, nor rely on physicians and public health agencies to act in our best interests. Between the organic recipes and menacing stock images of syringes and pills, a clear theme emerges: Everything is rigged — by doctors, Big Pharma, Monsanto, the FDA — and the mainstream media isn’t telling us. (Also, there’s usually a link to buy vitamins.) This messaging reflects a new, uniquely conspiratorial strain of libertarianism that hijacks deeply intimate issues — your body, your health, your children’s health. It shares magnificently.”

An Anti-Vaxxer Changes Her Mind

“You’re probably wondering what changed my mind, why I am now a vaccine advocate as well as an autism parenting advocate. And I will tell you what people who study denialism and confirmation bias and social networking will tell you — I changed my denialist, hurtful views because of slow and steady exposure to information from trusted resources — and especially from trusted people. It became increasingly difficult for me to rail against vaccines and against autism when the people and resources I most respected were constantly posting information that caused me to question my fear-based opinions on vaccines and autism. And by the time I started writing for BlogHer in early 2009, one of my first posts was My Child Has Autism and I Vaccinate.”

The Dangers of Snake-Oil Treatments for Autism: Desperate for therapies, parents of kids on the spectrum are sinking thousands of dollars into footbaths, detoxifying diets, and psychics. https://www.theatlantic.com/health/archive/2016/09/fringe-therapies-spectrum/501023/


A Helpful Online Safety Guide for People With Autism Spectrum Disorders
https://www.wizcase.com/blog/internet-safety-guide-for-people-with-autism-spectrum-disorders/
Glyphosatan: Unsupported claims assert that one in two children will be autistic by 2025 due to the use of glyphosate (Roundup) on food crops.  https://www.snopes.com/fact-check/glyphosatan/