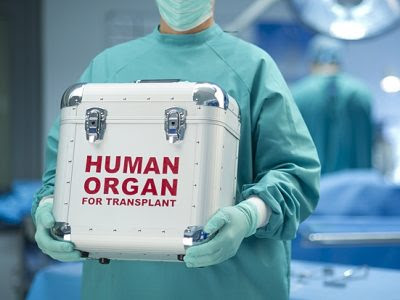 From 2004 to 2013, 63,742 Americans died or became too sick for transplantation while awaiting a kidney, according to the Organ Procurement and Transplantation Network:

“During that time, 166,667 kidneys were transplanted, 105,214 from deceased and 61,453 from living donors. Thus, for every 1000 US patients who received a kidney, 382 eligible persons died of circumstances potentially correctable by kidney transplantation. In 2013, there were 7604 such potentially preventable events compared with 5009 in 2004.

"Nearly all state-level policies have had a negligible effect on donation. Increasing the number of living persons undergoing donor nephrectomy could expand the number of transplantable kidneys, but donation is dependent on altruism because it is illegal under the National Organ Transplant Act to pay any donor. Because altruism has failed, one way to increase kidney transplantation may be to provide financial compensation to living donors.”

In June 2014, the American Society of Transplantation and the American Society of Transplant Surgeons held a joint Workshop on Increasing Organ Donation in the United States. Their report was titled “A Cost‐Benefit Analysis of Government Compensation of Kidney Donors”. Part of their findings were - If the US government implemented a kidney donor compensation program:

1) The kidney transplant recipient would save $1.45 million over a lifetime due to no longer needing and paying for dialysis.

2) In the cases of dialysis costs paid for by taxes, taxpayers would save about $12 billion each year due to the near eradication of dialysis. This sum could be part of donor compensation, making it less expensive for someone in need of a kidney.

4) The often nightmarish and risky scenarios of black market and transplant tourism for kidneys would be eliminated.

5) The main objection some people have is that implementing paid kidney donations would exploit the poor. Not much of an argument for the following two reasons, the first from this writer, the second from the Washington Post:

------This condescending, patronizing attitude toward the poor is inexcusable. Earning $50,000 for a kidney would help the poor raise their standard of living – move into a better apartment, feed their kids with healthier food, and yes, spend a fraction of it for a week at a beach somewhere which they haven’t had in twenty years. Ivory Tower dwellers look down on the poor and consider them not smart enough to decide for themselves. This is the ultimate in arrogance. Obviously a tiny number will go crazy and buy a Ferrari or go straight to the casino, but the overwhelming majority are decent, hard-working people who want to raise their families. And we shouldn’t forget that they just saved someone’s life. We shouldn’t also forget that if all of a sudden there is serious family health crisis to those opposed, watch as their squeamish attitude toward paid kidney donations quickly takes a 360 degree turn.

-----“The impoverished or low-income would be more likely to donate organs for money, as $45,000 means much more to a poor person than a rich one. However, this exploitation argument seems at odds with the moral calculus we use to justify most of our lives. Our entire economic system is based on rewards for doing things, and it’s always true that those rewards will mean more (per dollar) to a poor person than a rich one. Working in a coal mine is certainly more unpleasant and dangerous than working in an office. Does this mean that coal miners are exploited? And recall that people both rich and poor donate even without compensation. If paying for kidney donation is unfair because it would appeal more to the poor, then much of the economy we rely on daily would have to be rejected on similar grounds.”

6) Simple precautions can be implemented to ensure no one makes a rash decision:

“Meanwhile, the law can impose a waiting period of at least six months before people donate, ensuring that they don’t act impulsively and that they offer fully informed consent. Prospective compensated donors would be carefully screened for physical and emotional health, as all donors are now. These arrangements would filter out financially desperate individuals who might otherwise rush to donate for a large sum of instant cash and later regret it.”

7) Some misguided moralists are squeamish about turning the human body into a commodity:

“The objections I heard years ago seem to be wearing thin. Take the objection that rewarding donors ‘commodifies the body.’ We already commodify the body, speaking strictly, every time there is an (altruistic or deceased donor) transplant: The doctors get paid to manipulate the body. So does the hospital and the agency that obtains and transports the organ. Why would we now object to enriching the donor — the sole individual in this entire scenario who gives the precious item in question and assumes all the risk?”

8) Survey on willingness to donate:

9) Globally, the traffic in black market organs would be drastically reduced as developed and developing nations implement regulated, paid-for donations:

“Moreover, in the current unregulated system, the world’s poor are being exploited en masse. As of 2010, one in every five kidneys transplanted each year originated in the black market. The vast majority of people currently selling their organs are poor and live in developing nations—many do so in order pay off their debts. When one of these people sells his or her kidney, the World Health Organization estimates, it will go for about $5,000. The brokers who buy them can then turn around and sell them for as much as $150,000. Though it may seem cold and dystopian to use a market to incentivize poor people to sell their body parts, the truth is that some of them are doing it anyway.

“So, as unsavory as compensation for live-organ donations may seem, a highly-regulated global market with an emphasis on equitable compensation could allay these concerns, as well as ensuring that operations are performed safely. It would be important to make sure such a market doesn’t devolve into ‘transplant tourism,’ but if orchestrated properly, it could simultaneously satisfy the needs of wealthy countries with long waiting lists and poorer countries with rampant poverty.”

The facts on global organ trafficking:

Bottom Line: Are the weak and spineless arguments made against paying for kidney donations really more significant than the over 7,000 Americans who die needlessly every year waiting for a kidney? Are these lame arguments really more critical than a person’s basic human dignity? Is human life not more important than people feeling “uncomfortable” about this issue? The hypocrisy truly is glaring when a loved one suddenly needs a kidney. The squeamishness and bankrupt moralizing suddenly disappears when it is no longer a stranger who must die.