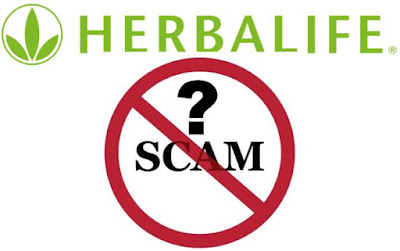 During October 2015 the New Yorker Office of the Attorney General and the Federal Trade Commission (FTC) jointly investigated several Herbalife stores or “nutrition clubs” in The Bronx, Queens, and Brooklyn. Numerous complaints had been made against Herbalife from distributors, who reported an average loss of $20,000. The following is a concise yet comprehensive summary of the key facts about Herbalife fraud from the Attorney General’s Report, with the addition of two videos that give a Multi-Level Marketing overview and the stories from just a few of the victims.

The Art of the Con

Initially, Herbalife recruiters tell prospects only a small $60 to $100 investment is needed to begin their business. For many, their investment soon turns into a $100,000 financial loss. How does this happen? The recruiter invites neighbors, friends and family members to try out their amazing health supplement products that work wonders with weight loss, dealing with stress and a number of common health issues. The New York Attorney General’s Report gives the details:

“Once lured into a nutrition club or the distributor’s home, the customer is offered a tasting of three Herbalife products for approximately $6. First, the customer drinks an aloe-based drink to ‘clean out the digestive system,’ then a tea to ‘help cut fat,’ and lastly a shake that ‘contains a person’s daily need of nutrients.’ While consuming the products, the distributor shares testimonials describing ways in which Herbalife products have changed her life. Often, distributors mention ways in which Herbalife products have helped them alleviate the effects of diseases and illnesses including chronic asthma, diabetes, and ‘rare ailments from Asia.’”

Any kind of drink to detox or clean out the digestion is pseudo-science and a scam. It is biologically impossible for a tea or any liquid to cut fat. The Report then explains the lures and enticements to make a greater financial commitment:

“After sharing superficial information about the products, Herbalife distributors transition into a discussion about the company’s business opportunity. At this time, the distributor describes the two primary forms of earning income as an independent member and eventually a supervisor: (1) purchase the product at a discount and sell at a higher retail price to family, friends, and neighbors, and (2) recruit new members into the business and earn royalties paid by Herbalife International based on their recruits’ sales. The distributors then finalizes the conversation by showcasing the luxurious trips they have enjoyed during their tenure as an Herbalife distributor and go on to share monthly income information that can be as high as $20,000 per month to entice the customer to attend an information session usually hosted during the weekend or a weeknight.

“During the information session, current Herbalife members as well as new recruits sit through two to three hours of various presentations. Each presentation is conducted by a Herbalife member that claims to have experienced enormous success. The speakers share their testimonials, which often start with an immigrant story. They share their experiences as immigrants to the United States from poor rural towns in pursuit of the American dream. They share the hardships they have faced in the United States since their arrival, and then transition into the opportunity Herbalife has provided them. They inform recruits that after five years of hard work as a Herbalife distributor, they can earn up to $20,000 in monthly income if they can commit to start a membership and recruit new members.”

The high pressure sales tactics, combined with the innate need for success and financial security, along with the need to avoid the embarrassment of failure, all work effectively to ratchet up the financial investment and selling commitment:

“In fact, recruiters and presenters use the privilege of earning royalty fees as the sales pitch to encourage new members to become supervisors as quickly as possible. A combination of overemphasizing royalty fees and sharing exorbitant monthly incomes urges new members to make an initial investment greater than the simple $60 to $100 for a member kit. While some cannot make the full $4,000 investment that is required to automatically become a supervisor, others take the less financially burdensome route and make an initial $2,500 investment. With $2,500 to $4,000 worth of products, new members must act fast to sell the products to receive a return on their investment. Once many find themselves without a large enough client base to sell the overstocked products, they turn to their recruiters who pressure them to lie about the products’ health benefits to increase sales and encourage them to shift focus and work on their recruitment efforts to increase the network size.”

Notice how soon in to the process the new members are encouraged to lie about their product’s health benefits. With the occasional placebo effect, there actually are some tangible claims. The nebulous nature of health problems and potential “cures” allow for a fertile field of “testimonials”. The consequences for the overwhelming majority of new distributors are predictable:

“The $2,500 to $4,000 initial investment coupled with the immigrant drive to succeed and attain the American dream makes it almost impossible for any individual who becomes involved with Herbalife to give up quickly. Many are persistent, and like the resident from The Bronx invest over five years of their lives and close to $100,000 in trying to make their business flourish. Unfortunately, after just one year, close to 90 percent of new Herbalife distributors leave the business having suffered financial losses equal to their entire life savings and credit, public embarrassment, and personal discouragement from becoming reputable entrepreneurs.”

Herbalife operates in numerous countries, but in the United States it is the large Latino population that is targeted:

“In 2013, Brent A. Wilkes, the National Executive Direct of United Latin American Citizens, explained in an op-ed piece published in The Huffington Post that somewhere between 60 and 83 percent of all 550,000 distributors in the United States are Latino. Furthermore, he explained that on average 90 percent of new distributors will quit within a year. Between 300,000 to 400,000 Latinos will quit just within one year and another 300,000 to 4000,000 Latinos will be recruited to replace them. In 2013, it was predicted that if Herbalife were left unchecked, close to 4 million Latinos could be affected by the scheme within ten years.”

Unethical and Shameless Claims of Cancer and Diabetes Cures

“However, as the complaints indicate, selling this many products becomes a challenge for new members. As a result, they reach out to their recruiters for help who in exchange pressure them to use lies about the health product’s benefits to increase sales. Over 30 percent of complaints filed with the Office of the Attorney General indicated that an existing Herbalife member informed them of the products’ disease curing capabilities including cancer and diabetes.”

The Attorney General sent undercover investigators to nine randomly selected Herbalife centers in The Bronx, Queens, and Brooklyn. The investigators’ account for one in The Bronx is an example of the underhanded tactics employed, with good acting skills mandatory:

“Meanwhile, the recruit was drawn to pictures taped on the wall showcasing the distributor and her husband on extravagant trips across the United States. The distributor shared information about the grand business opportunity Herbalife has afforded her family, which has led to those trips. After the two gentlemen left for their fishing trip, the female distributor shared with the recruit and investigators that the second gentleman to enter the nutrition club has a mansion in Westchester County, and has done well for himself in the Herbalife business. She finally invited the recruit and investigators to a Saturday information session to learn more about the business opportunity and products to be held at an undisclosed location. The investigators shared their contact information and exited the nutrition club.”

“New York State must protect its working class Hispanic population who often come to the United States in pursuit of the American dream from predatory corporations like Herbalife International. Those who immigrate to the United States and make their residence in New York State should be offered legitimate business opportunities to become entrepreneurs, not ones that will demoralize them and scam them of their life savings. Companies like Herbalife International set up rules and regulations to avoid being categorized as running illegal pyramid schemes as defined by the Federal Trade Commission, but in reality the rules are not enforced and instead the company turns a blind eye to the illegal pyramid scheme it promotes.

“The Office of Senator Jeff Klein, the New York City Office of the Public Advocate Letitia James, and Make The Road New York have accumulated evidence to show that Herbalife International is in fact running an illegal pyramid scheme masked behind their product sales. In an effort to curtail Herbalife’s fraudulent practices, a Senate bill will be introduced that will require Herbalife to provide a more meaningful financial disclosure to its prospective distributors, require its marketing materials to be approved by the state Attorney General, and calls for Herbalife to increase supervision of its distributors to prevent unlawful and deceptive practices.”

Herbalife: A Pyramid Scheme Disguised as a Business Opportunity    https://www.huffingtonpost.com/entry/herbalife-a-pyramid-scheme_b_4220426.html

Herbalife pays up after being accused of pyramid scheme http://nypost.com/2017/01/10/herbalife-pays-up-after-being-accused-of-pyramid-scheme/