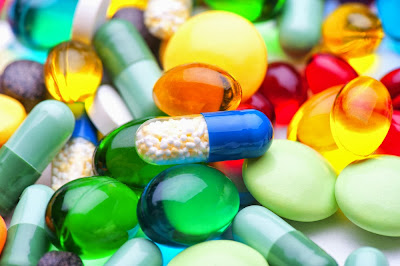 While there is no end to the deceptions and frauds of alternative medicine (see 12 Quick Guidelines For Uncovering & Exposing Quack Medicine), Big Pharma is the other cranium of the two-headed monster undermining public health.


About 75% of US clinical trials are funded by the pharmaceutical industry. There is ample evidence of research conclusions being manipulated in favor of industry profits.

Most drugs prescribed by doctors have been “pitched” to them by Big Pharma. In the U.S. the industry spends $57 million annually on promoting its products. About $5 billion is spent on an army of eager sales reps who deal face-to-face with your local doctors. On average, there is one sales rep for every ten doctor across the U.S. Most doctors concede they are too busy to read the unending flow of new research in medical journals and depend on the sales reps to keep them up to date.

Health researcher Timothy Caulfield pulls no punches in his criticism of the shortcomings of both alternate medicine and Big Pharma. In his book The Cure For Everything!, he describes the academic “train wreck” that is the pharmaceutical industry:

“The goal of scientific inquiry, remember, is to uncover objective facts about the world. In the context of pharmaceutical research, those facts are meant to lead to the production and use of new drugs to save and improve lives. To this end, billions of dollars are spent on clinical research trials. Billions more are spent by individuals and health systems to purchase the products of that research. But despite this massive investment in science, the pressure to make a profit constantly obscures and twists the scientific results.”

“If you look around a restaurant, cinema or office thirty or forty years ago that had a hundred or more people in it, you could predict that 5 to 10% of them might have a medical condition – sometimes unbeknownst to themselves – and a trained doctor would have been able to spot many of them just by looking. If you look around the same restaurant or office now at the apparently healthy people, those a doctor can’t readily spot as ill, chances are the 80 to 90% of them could be diagnosed with one of these new “disorders”. Almost all will have cholesterol, blood sugar, blood pressure, bone density or asthma numbers or one of an ever growing number “mental health disorders” for which a pill will be suggested.

"Unlike being diagnosed with a traditional medical illness, these people won’t be diagnosed because they are suffering and take themselves to a doctor. They will be diagnosed because an apparatus will come to them, perhaps coincidentally when they are at their doctor’s for something else, or perhaps soon to a supermarket near them, an apparatus that will show them that their “numbers” are not quite right. It is only then that they will begin to suffer, either because of their discomfort and fear following a diagnosis or by virtue of the very real side effects triggered by the new pill they have been put on, a pill which has been marketed as an answer for any of us whose numbers aren’t quite right.”

The best solution, articulated by many including law professor Jerome Reichman of Duke University, is for government to squeeze out Big Pharma and create a meticulously monitored independent entity to perform all clinical trials. The publication and dissemination of all test results would also be under the complete control of the government body. Reichman asserts: “It’s economics 101. It would be vastly more efficient. There would be less wasteful duplication of studies and the most needed clinical research could get priority.”

The PocketPharmacist app (iPhone and iPad, $1.99) provides drug information, a medication organizer, and features “Med Check, the ground-breaking new way to automatically check for interactions, overlapping side effects and precautions.”

Sign up for alerts with the Medwatcher app (Android, free). This app was created with the FDA and enables the user to “get news and official safety alerts for medical devices, as well as drugs and vaccines. MedWatcher is the only app that allows you to report bad side effects or adverse events directly to the FDA to make medical products safer for everyone.”

Timothy Caulfield, The Cure For Everything! Untangling the Twisted Messages About Health, Fitness, and Happiness. Viking Press, 2012

"The Price of Prescription Drugs" on Health Perch