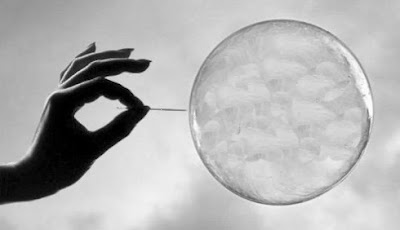 There are no clear statistics, but a good number is that about 6% of Americans have used or are using acupuncture as part of their health care.  It’s a strange world for most - the practice of skin penetration with needles, Chinese medicine, alternative medicine, energy fields, yin and yang, meridians, placebo, acupressure, and endorphins. Here are seven points of clarity to attempt to puncture the acupuncture bubble.

Why was Dr. Oz so angry?  In April 2011, Dr. Oz discussed acupuncture on his show and brought in skeptic and neurologist Dr. Steven Novella for a quick debate. Dr. Novella told Dr. Oz that acupuncture is effective even if no needles are actually inserted, or if an incompetent practitioner inserts them in the wrong place. Dr. Oz was furious:

“There are billions of people around the world who use acupuncture as the foundation of their health. I just think it’s very dismissive of you to say that because we couldn’t take this idea that exists with a different mind-set and squeeze it into the way that we think about it in the West, that it can’t possibly be effective.”

Dr. Novella never said that the procedure does not work, he only disagreed with Dr. Oz on why it worked. He told Dr. Oz: “It’s the ritual surrounding a positive therapeutic interaction: a comforting, caring, clinician. You’re relaxing for half an hour or an hour. That’s where the effect is. There’s no effect to actually sticking a needle through the skin.”

“I am a damn good healer. That is the difficult truth. If you needed help and you came to me, you would get better. Thousands of people have. Because, in the end, it isn’t really about the needles. It’s about the man.”

Consumer’s Reports survey: The publication recently conducted an extensive online survey of 45,601 readers. They found that about 75% of them were using some type of alternative therapy to help alleviate a health issue.

“More than 38 million adults make in excess of 300 million visits to acupuncturists, chiropractors, massage therapists, and other complementary and alternative practitioners each year in the United States. Despite the hoopla over alternative treatments, when we asked respondents how well the therapies they used worked for 12 common health problems, results showed that they were usually deemed far less helpful than prescription medicine for most of the conditions.”

China leak: In China, where acupuncture originated, recent studies are undermining the practice. In four rehab centers in Jiangsu province, 180 patients who had suffered sub-acute stroke were tested. The conclusion:

One example of a randomized, clinical trial to determine the efficacy of laser and needle acupuncture, in this study, for chronic knee pain.

Conclusion: “In patients older than 50 years with moderate or severe chronic knee pain, neither laser nor needle acupuncture conferred benefit over sham for pain or function. Our findings do not support acupuncture for these patients.” http://www.ncbi.nlm.nih.gov/pubmed/25268438

“Before we begin, let’s set aside all this two-thousand-year-old-ancient-wisdom business. The truth is the Chinese didn’t believe in dissection, knew nothing about the anatomy of the nervous system, wrongly assumed it was based on rivers in China and the lunar month, and inserted needles under the skin randomly. Forget chi, forget yin and yang, forget meridians. Acupuncture will work just as well if I use retractable needles. The reason it works is that you think it works. And thinking alone might be enough to release endorphins.”

The need for certainty:  A holistic approach to medicine, and more importantly, to the patient, is at the center of the modest success of acupuncture and most alternative medicine. Three gurus of alternative medicine, Dr. Oz, Dr. Weil and Deepak Chopra, offer the patient what is sadly missing in much of conventional medicine. Dr. Paul Offit of the Children’s Hospital in Philadelphia explains:

“Collectively, books written by Oz, Weil, and Chopra tell people exactly what to eat and when to eat it; how to be a friend; how to sustain a loving relationship; how and when to exercise; which shampoos, cleaning fluids, laundry detergents, and baby foods to use; how to prepare meals; and how to treat almost every possible illness. It’s reassuring to know that there’s a right and wrong way to do everything. And because these books are so definitive, so clear about how to handle almost any disease, they inspire a cult-like devotion among their followers. Do it our way and you’ll live longer, love better, and raise happier, healthier children. Given life’s arbitrary, capricious, and unpredictable nature, these books can be quite comforting.”

August 1, 2016 Update
“So far that research has been disappointing. Studies have found no meaningful difference between acupuncture and a wide range of sham treatments. Whether investigators penetrate the skin or not, use needles or toothpicks, target the particular locations on the body cited by acupuncturists or random ones, the same proportion of patients experience more or less the same degree of pain relief (the most common condition for which acupuncture is administered and the most well researched). “We have no evidence that [acupuncture] is anything more than theatrical placebo,” says Harriet Hall, a retired family physician and U.S. Air Force flight surgeon who has studied, and long been a critic of, alternative medicine.”    http://www.scientificamerican.com/article/research-casts-doubt-on-the-value-of-acupuncture/

Primary Source
Paul A. Offit, M.D. Do you Believe in Magic: The Sense and Nonsense of Alternative Medicine, Harper Collins, 2013