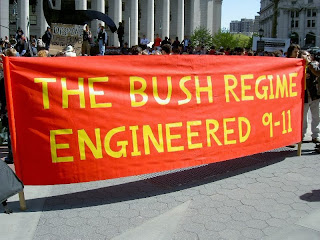 Conspiracy theories are ubiquitous in this media-saturated world. There are questions and alternate explanations regarding 9/11, Sandy Hook, Waco, the Oklahoma City bombing, the moon landings, the deaths of Princess Diana and Marilyn Monroe, and the UFO Roswell incident, among others. I invite all conspiracy theorists to honestly, humbly, and rigorously apply all the points below to their thinking processes as they evaluate and dissect the uncertain, anxious, and perplexing news events of our time.

……. take quotations from reliable sources out of context to force the statement to support their extravagant views. They mislead people into believing there is no consensus.

…… blow up mild disagreements between reliable sources to make it seem there are major squabbles.

…… nitpick minor mistakes or inconsistencies in the evidence to make it seem the entire issue is in error.

……. exaggerate side, irrelevant issues and make them seem they are the central issues.

……. know that lying, deception, and underhanded manipulation between people in everyday life is, to some degree, basic human nature, so believing in governmental or global lies and conspiracies is not a difficult leap for many.

……. are more than elated by the fact that most conspiracy theorists regard the conspirators themselves as so fundamentally evil, that any attempts at changing the theorist’s minds regarding the conspiracy is seen as equally evil, thus leaving virtually no chance any theorist will be persuaded of the untruth of their position.

……. are highly talented in crafting and manipulating new information regarding the issue/event. When more new evidence is presented that contradicts their theory, the evidence is twisted into a shocking revelation that the conspiracy is more sinister and far-reaching than previously thought.

…….evaluate the many dozens of facts concerning the event/issue, cherry pick the scarce few that seem to support their position, and completely ignore and suppress the overwhelming facts that contradict them. In many cases, the few facts are chosen with possible loose connections in order to elicit an “Aha!” in their readers.

……. appeal to the basic need and desire in ego-driven people to “know” highly “secret” information that no one else knows.

……. appeal to the need for psychological pleasure in making momentous “discoveries”. Neuroscientists explain that dopamine, a neurotransmitter that helps control the brain's reward and pleasure centers, "...rewards us for noting patterns and finding meaning in sometimes insignificant events."

……. know they have fertile ground because of the number of people who don’t believe anything the government or media tells them, and are open to outlandish conspiracy theories.

……. know they already have a sizable, eager and believing audience because most people who believe in conspiracy theories easily accept new ones, even if they contradict established ones.

……. employ the most basic fallacies of logic in disputing the accepted evidence. Just one example is confirmation bias – “the tendency to pay more attention to evidence that supports what you already believe — is a well-documented and common human failing. People have been writing about it for centuries. In recent years, though, researchers have found that confirmation bias is not easy to overcome. You can’t just drown it in facts.” For a complete list see:  http://www.informationisbeautiful.net/visualizations/rhetological-fallacies/

……. find comfort in knowing their theories are greatly benefitted by what political scientists call the “backfire effect”. It seems to be human nature that deliberate: “… efforts to debunk inaccurate political information can leave people more convinced that false information is true than they would have been otherwise.”

….. have been pinching themselves over the arrival of the internet, which has greatly facilitated the propagation of conspiracy theories. The internet seems to naturally drift people to tribalism – only obtaining information from like-minded people and sources.

……. are more than thrilled over the media’s unquenchable thirst for sensational stories and the need to fill hundreds of hours and pages. Conspiracy theories without sound evidence or merit are often given plenty of exposure thanks to their entertainment value. Television series like “X Files” and “Homeland” further feed the appetite for intrigue and backroom plotting and scheming.

….. benefit from the spiritual bankruptcy inherent in many people. Few things give more meaning and purpose to an empty life than the sudden realization and illumination that there is an insidious global conspiracy hoodwinking humanity. Only the wise and privileged few are privy to the “truth”.

……. know there is an inherent defense mechanism, an almost impenetrable fortress, that the average person constructs when he/she feels their community and fundamental beliefs are under attack. When sound arguments are “launched” at conspiracy theorists, they will instinctively do and say whatever it takes to avoid their basic life purpose and treasured community from being undermined. Anything to elude a so-called “paper cut to the soul”.

…….. appeal to the anxiety, uncertainty and powerlessness felt by people after devastating events like 9/11, Sandy Hook and other major tragedies. Dartmouth College’s Paul Whalen, Professor of Psychological and Brain Sciences, has studied tragic events and their effects on the brain. His analysis is that: “… the amygdala jump-starts the rest of the brain into analytical overdrive — prompting repeated reassessments of information in an attempt to create a coherent and understandable narrative, to understand what just happened, what threats still exist and what should be done now. This may be a useful way to understand how, writ large, the brain’s capacity for generating new narratives after shocking events can contribute to so much paranoia in this country.”

…… know they are providing an effective coping mechanism in response to a horrific event. Social psychologists generally agree that: “There’s no logic or meaning to what happened at Sandy Hook — a mentally unbalanced lone gunman targeted defenseless children for no particular reason — and that is deeply disturbing. So some people would rather invent an explanation to apply some kind of (even if twisted) logic to the event and to add meaning to the death of innocent children or deny their death entirely and thus absolve the emotional trauma a bit.” University of Utah historian Robert Goldberg, who has authored and lectured widely about conspiracy theories, asserts that: “If it’s just one nut, the purpose and meaning in the tragedy is gone, it’s stripped away. There’s no meaning, there’s no purpose to the deaths of these kids.”