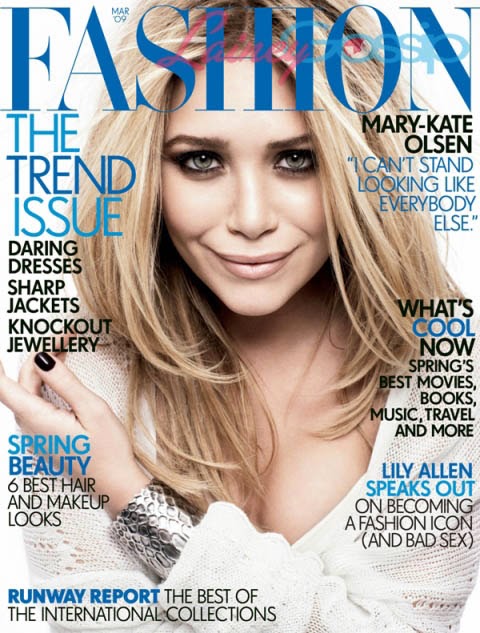 Every month, more than 5 million American women read the favorite women’s magazines, consuming information and advice about health, dieting, love, beauty and fashion. Health and lifestyle writer Jennifer Nelson, in her book Airbrushed Nation: The Lure & Loathing of Women’s Magazines, goes behind the scenes in exposing their unrealistic images and negative influences. She compares women’s magazines to shallow TV reality shows: “We know that, for the most part, magazines are often selling us swampland in the desert, but we still embark, drawn in by the catchy headlines and the promise that we’ll get what we’re searching for, be it advice, ideas, inspiration, or entertainment.”


Here are 10 fascinating insights not many know about.

1)  Women’s magazines often display sensational, sometimes deceptive headlines on their covers to attract attention. For example, the October 2011 issue of Health flaunted the headline “Breast Cancer Cure You Must Know About”. The article presented moderate recent developments and treatments, not a cure.

2)  In 2011 the United Kingdom’s advertising watchdog banned a ubiquitous L’Oreal ad featuring an excessively airbrushed Christy Turlington and Julia Roberts. The company admitted the photo had been digitally manipulated, but insisted it “accurately illustrated” their product’s use and the photo was “aspirational”.

3)  A common practice in women’s magazines is the profile article that is “authentic” but is actually a composite. The editors may want an article about a real life woman who battled a certain disease, how it changed her, and how she overcame it. The assigned writer will put together a composite story of several women interviewed with only the most interesting and dramatic points written up. The story is “real” because it really happened, but to 3 - 5 women. Occasionally editors assign a specific one person story. Magazine freelance writer Alison Stein Wellner wrote of her experiences: “These are storylines dreamed up in an editorial meeting. They are invented. They are fiction. My job is to then talk to as many women – real breathing women – as possible to find someone that conforms to these storylines.”

4)  Many women who buy a specific shade of lip gloss or blush are disappointed because it didn’t turn out the same on them as it does on the glossy supermodel in the ad. They think the problem is with them, but the facts are that in most cases the colors in the photo shoot are only an approximation of the advertised color. Jennifer Nelson writes: “Here, advertisers and editors play nicey-nice and editors throw their best advertisers a bone by proffering up a few top-notch products in one of those “what-is-the-celebrity-wearing now” moments. The reality is, make-up artists use their own personal make-up palettes. There may be a couple of consumer brands thrown into their mix, but make-up artists generally make decisions about what to use based on their preferences and the needs of the shoot …. What’s more, colors are changed and adjusted several times over to get just the right glow for the camera and the lighting conditions.”

5)  Once in a while women’s magazines will showcase a real woman on the cover and forego a photo of an unrealistic, airbrushed celebrity with an implausible body. One such example was the December 2011 issue of Cosmopolitan, which featured pop star Adele. Jennifer Nelson writes: “Unfortunately, despite the praise letters that pour into magazines when they pull back the curtain or buck trends, the magazine usually reverts back to its former practice of showcasing thin, flawless women’s images by the next issue.”

7)  In the 1960’s the average model was about 5’7” and weighed 129 pounds. In the 1980’s models like Cindy Crawford and Christie Brinkley were tall and thin but retained a healthy Body Mass Index. The 1990’s were the beginning of the scrawny, skeletal, so-called “heroin chics”. Jennifer Nelson writes: “While the average woman is five foot four inches tall and wears a size 12, the magazines are filled with women who are five eleven and wear a size 2. They all seem to hover in the twenty-something age bracket, and their bodies are as mythic as Greek goddesses.”

8)  Observers of women’s magazines notice a blatant difference between the approach and perspective of men’s glossies compared to women’s. The men’s entertain, enlighten, inspire confidence and offer endless tips for success in life. Women’s are ceaselessly pointing out problems and shortcomings that need fixing. For example, two typical titles in the March 2012 issue of Men’s Health are: “Lean, Fit, &Fast” and “Iron Abs”. Two typical titles in the March 2012 issue of Women’s Health: “The #1 Health Risk for Fit Women” and “Erase Zits and Wrinkles”.

9)  In every issue women’s magazines incessantly and persistently promote vigilance concerning an endless stream of health problems, what health slip-ups women make, what they overlook, what strange medical problems are lurking, what diet game-changers they must take advantage of. Missouri School of Journalism professor Amanda Hinnant wrote on this issue:

“Mood, stress and energy are frequently substituted as symbols for health. Maintaining good health means constantly patrolling the borders for a bad mood, high stress and low energy. What materializes is the notion that the pursuit of wellness will result in a life in control, when in fact it is a life that is controlled by the tyranny of constant surveillance.”
http://journalism.missouri.edu/2010/05/health-coverage-in-popular-womens-magazines-focuses-on-an-individuals-initiative-missouri-journalism-professor-suggests/

Her continuing insights can be found at: http://www.airbrushednation.wordpress.com/