10 Fresh Food Facts That May Surprise You 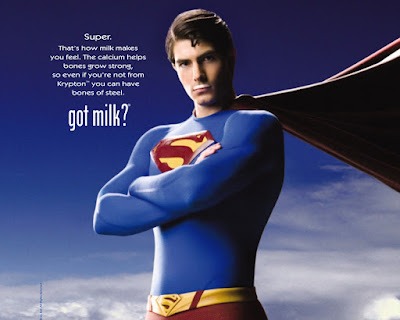 Most of the fresh produce we eat is picked unripe, affecting its nutritional quality. This is why home or locally grown is always better than mass production. Food companies pick fruits and veggies early because they are firmer and less likely to bruise during long trips, often across continents. Most food scientists believe this early harvesting reduces the amount of nutrients. Dr. Carol Wagstaff, professor at the University of Reading (UK), studies crop quality and food security. She confirms that tomatoes picked unripe are not as tasty and contain fewer antioxidants:


"If a fruit is left on a plant until the end of its life cycle, it's able to recycle all the energy from the plant. If you pick it early you truncate that process and get less sugars into the fruit, which are needed to bind the nutrients …. If you pick a tomato that you have grown at home, it tastes fabulous because it's absolutely ready to eat. But there's no way you could do that at a commercial level because of the bruising that would occur if ripe fruits were transported through a typical supply chain. There has to be a compromise somewhere."

Wagstaff also cautions that some fruits and vegetables, usually tomatoes, are advertised as “vine-ripened”. This is misleading because in most cases they ripen on the vine but the vine was not attached to the plant, completely defeating the purpose.

Believe it or not - frozen fruits and veggies are better than fresh, in most cases. Wagstaff observes: "Frozen veg is extremely good in terms of nutritional value because it really has been in suspended animation from the point of harvest. You can leave it on the plant longer, so it's at a better ripening stage when it's picked.” Peas, for example, lose 50% of their vitamin C content within 48 hours after picking. Most peas selected for freezing are in sub-zero temperatures within 2 hours after picking, retaining a huge chunk of their nutritional value. These icy peas also need significantly fewer additives. The preservation is from the frosty temperature.

Spinach placed under fluorescent lighting in retail outlets were found to contain higher levels of folic acid and vitamins C, E, and K. The folic acid levels increased between 84 and 100%. Supermarkets that keep spinach in darkness have the same or less nutritional content from the time of arrival. The Journal of Agricultural and Food Chemistry published their findings:

Concerning nutritional value, the only solid, scientific evidence for buying organic is milk. Both American and British studies found organic milk had greater amounts of omega-3s and antioxidants. This is mainly due to outdoor grazing. Agricultural economist Charles Benbrook writes: "Cattle on organic farms are provided much more access to pasture and fed a much higher proportion of forage-based feeds. Grass and legume forages are the building blocks for omega-3 fatty acids, while corn - which plays an important role on conventional farms - is the basis for omega-6."  http://www.ncbi.nlm.nih.gov/pmc/articles/PMC3857247/

Jo Robinson, New York Times bestselling author of Eating On The Wild Side, has investigated the benefits of fruits and vegetables worldwide. What she found surprising is that many genuine “superfoods” are not mass grown and harvested for the general public:

However, some superfoods are available to all:

“Scallions, or green onions, are jewels of nutrition hiding in plain sight. They resemble wild onions and are just as good for you. Remarkably, they have more than five times more phytonutrients than many common onions do. The green portions of scallions are more nutritious than the white bulbs, so use the entire plant. Herbs are wild plants incognito. We’ve long valued them for their intense flavors and aroma, which is why they’ve not been given a flavor makeover. Because we’ve left them well enough alone, their phytonutrient content has remained intact.” http://www.nytimes.com/2013/05/26/opinion/sunday/breeding-the-nutrition-out-of-our-food.html?pagewanted=all

It is commonly known that consuming grass-fed beef is healthier than grain-fed. What is surprising is the nutritional disparity. The USDA and researchers at Clemson University in South Carolina did a comprehensive analysis and comparison between grass-fed and grain-fed beef. They found grass-fed was better than grain-fed in ten different ways:


Which Meat Labels Can You Trust? | Consumer Reports

Bitter Produce on the Way Out of Your Food Mart http://www.mybestbuddymedia.com/2015/08/bitter-produce-on-way-out-of-your-food.html