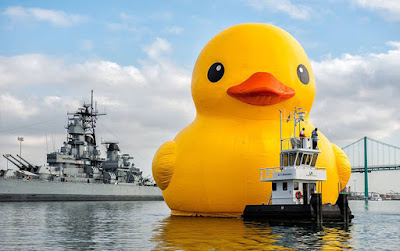 Being completely devoid of results from strict, randomized, double-blind trials to prove their beliefs, alternative medicine “doctors” cleverly utilize basic logical fallacies to market their snake-oil remedies. Lucky for them, much of the public is ripe for a scam. One of the greatest blunders of the educational system is the total failure to teach critical thinking to both young and old. Many are easy prey for shameless hustlers all too eager to charge a pretty penny for pseudo-scientific remedies. Below are 5 common logical fallacies and how quack doctors deviously implement them for personal gain.

Jim Laidler, MD, an anesthesiologist in Portland, Oregon, and his wife were devastated when both their sons were diagnosed with autism. Modern medicine offers little, if any hope for a cure. He admits he came to believe in alternative medicine treatments out of desperation to see his sons cured: “I was happier because we felt like we were doing something right. That’s how the madness begins. You want to believe that it’s working, so you force yourself to see results, and silence the scientific part of your brain.”

This is the confirmation bias (also known as a priori) fallacy - disregarding contrary evidence and only focusing and believing information that supports one’s point of view. Smooth-talking alternative medicine “doctors” exploit this human weakness. Despairing, anxious parents are easily susceptible to this fallacy.

Most doctors are not adequately trained to deliver devastating news. There is often no social worker to guide parents when they receive their child’s autism diagnosis. This leaves the door open for desperate parents to seek other solutions from phony doctors promising miracle cures. Emily Callahan, clinical psychologist and director of outpatient therapy at the Virginia Institute of Autism, cautions: “People are looking for a quick, complete solution, an easy solution. A lot of pseudoscientific interventions claim to have quick effects, but we never claim to have those.”

Laidler writes about his experience:

“Looking back on my experiences with alternate autism therapies, they seem almost unreal, like Alice's adventures in Wonderland. Utter nonsense treated like scientific data, people nodding in sage agreement with blatant contradictions, and theories made out of thin air and unrelated facts—and all of it happening, happening right here and now, not in some book. Real people are being deceived and hurt, and there won't be a happy ending unless enough of us get together and write one.

“My personal journey through the looking glass has ended. I stepped into “alternative” medicine up to my neck and waded out again, poorer but wiser. I now realize that the thing the ‘alternative’ practitioners are really selling is hope—usually false hope—and hope is a very seductive thing to those who have lost it. It is really not surprising that people will buy it even when their better judgment tells them not to do so.”

“Through the Looking Glass: My Involvement with Autism Quackery”  http://www.autism-watch.org/about/bio2.shtml

Alternative medicine doctors rely on many people’s preference for the new and shiny. Any fresh, modern, cutting-edge object or medical “discovery” must surely surpass the outmoded, out-of-date, anachronistic technology or belief systems of times past.  This is the novelty fallacy. Medical tourists who travel abroad for dubious treatments falsely assume because a treatment is new it must work better than the old tried-and-true but not guaranteed standard treatments. Many are upset that their own country is not supporting this new, innovative medical miracle. They don’t like the risks they choose to take and say things like:

“We need therapies in our own cities and towns. It is deplorable and inhumane that we must put ourselves in harm’s way.”

“At least China is doing something in the fight against this awful disease.”

“Basically this is the clinical trial on humans they won’t do in the west. We are pioneers. We have replaced the mouse model. (Your welcome, all you naysayer’s out there.)”   http://thewalrus.ca/blinded-by-science/

The entire cancer quack industry likes to tout the irrefutable fact that more people are getting cancer today than ever before. As a result, this proves that conventional cancer treatments are all one big scam. This is the false causation or false correlation fallacy – falsely attributing cause and effect.

Over 60 years ago most people were dying of old age by age 65. Thanks to advances in modern medicine, today most people are living well into their 70’s and 80’s. Of course there is more cancer – in the past people were too dead to get cancer! Just because people live into their 80’s doesn’t automatically mean they are disease free – their advanced age actually means more disease susceptibility! This is a false correlation – because there are more cancer deaths today then all oncologists and hospitals are perpetrating a global mass-murderous conspiracy. http://www.livescience.com/51425-cancer-rates-decline.html

“The cancer death rate in Canada is going down, resulting in nearly 100,000 lives saved over the last 20 years (1988 to 2007). Despite the drop in the death rate, cancer is still the leading cause of death in Canada …… Declines in death rates were seen in all four major cancers: lung, colorectal, breast and prostate. Between 1988 and 2007, overall death rates dropped by 21% in men and 9% in women.” http://www.cancer.ca/en/about-us/for-media/media-releases/national/2012/canadian-cancer-death-rate-down/?region=on

“Acute lymphoblastic leukemia is a bone marrow cancer that untreated leads to death but with appropriate chemotherapy has an over 90% cure rate.”    https://www.mcgill.ca/oss/article/cancer-controversial-science-health-news/leukemia-needs-chemotherapy-not-live-enzyme-treatment

The Appeal to Improper Authority Fallacy

A good example of the appeal to improper authority fallacy is the attempt of homeopaths to prove their pills work by publishing studies similar to the one in the August 2015 issue of the journal Multidisciplinary Respiratory Medicine. Researchers in Italy separated 90 children with ordinary colds. They gave one group a homeopathic pill and the other group a homeopathic syrup with an antibiotic. To no one’s surprise, after a few days all the children got over their colds, which is the course of all normal colds no matter what medicine is given.

Amazingly, the researchers concluded:  "Our data confirms that the homeopathic treatment in question has potential benefits for cough in children ..." A genuine, randomized trial would have one group taking the homeopathic product and the other group taking a placebo or conventional cold medicine.  This is basic Science 101 which is even known by all first year students in any field of study.

How is this an appeal to improper authority fallacy? The “researchers” attempt to appeal to the high regard given to reputable scientific journals. The journal Multidisciplinary Respiratory Medicine is typical of a “predatory open access” publication. The researchers paid at least $1,940 to get the article published with little or no scholarly oversight. Some of the characteristics of these journals are:

--- Accepting articles quickly with little or no peer review or quality control, including hoax and nonsensical papers.

--- Notifying academics of article fees only after papers are accepted.

--- Aggressively campaigning for academics to submit articles or serve on editorial boards.

--- Misleading claims about the publishing operation, such as a false location.

The Argument from Ignorance Fallacy

Even 60 Minutes was shocked at the deviousness of this 21st century con-artist. For $125,000 US this “doctor” promises a cure for several diseases while bilking desperate people out of their life savings. The argument from ignorance (Argumentum Ad Ignorantium) fallacy appeals to the victim’s ignorance on the subject in question - 8 minutes 8 seconds – 10 minutes 15 seconds

An appeal to improper authority is used by the quack doctor’s sidekick. He attempts to impress 60 Minutes with a University of Texas medical diploma. The University has no medical school and has never heard of the “doctor” - 19 minutes 12 seconds - 20 minutes 33 seconds