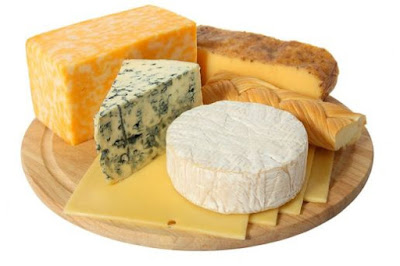 CBC’s consumer program Marketplace uncovered deceptive Best Before Date labelling that is common in many grocery stores in Canada (Watch the full episode below). Similar hoodwinking is practiced across the United States. In a CBC Marketplace survey, one third of former grocery store employees admitted label and food tampering was going on. Also below is pertinent information from the FDA and the USDA.


What exactly is the Best Before Date? Microbiologist and researcher Keith Warriner, Professor in the Department of Food Science at University of Guelph, explains that after the specified date the company can’t guarantee the quality of the product. Normally only the taste and texture are affected, but the product doesn’t become harmful. The exceptions would be deli meats, soft cheeses and raw meat. “These products have the potential to grow pathogens, which we can’t see and can’t smell, and have the potential to become dangerous.” Products that are safe after their expired date: dry goods such as pasta, cookies and bread.

Confession of a Toronto area former bakery clerk on foods past their Best Before Date: “We would cut the cake in half, and then each half would be packaged on its own. Each of the half would have a new Best Before Date on it.” If still not selling, a new sticker would then be placed for an additional two weeks. “The fruit tarts in the display case, we would take them, scrape off the fruit, as it got older, or less desirable looking, or moldy, and then we would just re-top it with new fruit. We would re-glaze it and put it back in the display case.” These were the boss’s instructions to all staff. Many cakes were re-topped as well. Her advice to consumers: “I would avoid buying any cake or pie or bakery product that isn’t in its original form. If it’s been cut in half or smaller pieces, there’s probably a reason for it.”

Microbiologist Keith Warriner tested several cakes and tarts two weeks past their due date. They were still safe to eat. But two weeks later hundreds of yeasts and molds appeared. The risks? “Nothing will happen to you instantly, but over time, it can lead to things like cancer. This is why we have these Best Before Dates.”

Confession of a Toronto area former butcher on meat past its Best Before Date: “Meat was re-wrapped – and the best before date was changed.” The meat was dipped in blood to make it look redder. Expired minced meat would be placed in a mixer with some fresh minced meat and some blood, then repackaged and resold. His advice: “Don’t buy from the front of the shelves. Reach out behind, grab the stuff from the back. That stuff is usually a little newer.”

Why some grocery stores add spices and sauces to recently expired meats and sell them as marinated:  From a former grocery store manager: “They will marinate it to hide the odor, if there are any dark spots, to mask that and put it out for sale. And food that is marinated actually sells for more. This is referred to as value added. So because you’re adding something to it, it increases the price. So at our store striploin steaks that were expiring would be coated with barbecue marinade or crack pepper, something with a really strong odor to hide the rotten smell. It’s all about profit and money, not the health of the consumer. I would not buy pre-marinated or pre-spiced meat in grocery stores because you do not know what has happened to it. It could be fresh, but it could also be an expired product.”

Microbiologist Keith Warriner mixed grinded meat that was four days past its Best Before Date with new meat. After just one day it was tested in lab: “What we found was that the meat was absolutely loaded with bacteria …. These bacteria break down the meat proteins to make biogenic meat which are toxic chemicals which can cause asthma, mood changes ...”

When you see mold on food, can you cut it off and eat the rest? Microbiologist Keith Warriner: “In things like bread it’s safe, but if you think of soft cheese, jam, strawberry, and you see the mold growing, they could potentially be producing these toxins that fuse through.”

“With the exception of infant formula, the laws that the Food and Drug Administration (FDA) administers do not preclude the sale of food that is past the expiration date indicated on the label. FDA does not require food firms to place "expired by", "use by" or "best before" dates on food products. This information is entirely at the discretion of the manufacturer.

“A principle of U.S. food law is that foods in U.S. commerce must be wholesome and fit for consumption. A "best by", "use by" or expiration date does not relieve a firm from this obligation. A product that is dangerous to consumers would be subject to potential action by FDA to remove it from commerce regardless of any date printed on a label.”    https://wayback.archive-it.org/7993/20171114064611/https://www.fda.gov/AboutFDA/Transparency/Basics/ucm210073.htm

A "Sell-By" date tells the store how long to display the product for sale. You should buy the product before the date expires.
A "Best if Used By (or Before)" date is recommended for best flavor or quality. It is not a purchase or safety date.
A "Use-By" date is the last date recommended for the use of the product while at peak quality. The date has been determined by the manufacturer of the product.
"Closed or coded dates" are packing numbers for use by the manufacturer.
http://www.fsis.usda.gov/wps/portal/fsis/topics/food-safety-education/get-answers/food-safety-fact-sheets/food-labeling/food-product-dating/food-product-dating

Use of either a "Sell-By" or "Expiration" (EXP) date is not federally required, but may be State required, as defined by the egg laws in the State where the eggs are marketed. Some State egg laws do not allow the use of a "sell-by" date.

Egg cartons with the USDA grade shield on them must display the "pack date" (the day that the eggs were washed, graded, and placed in the carton). The number is a three-digit code that represents the consecutive day of the year starting with January 1 as 001 and ending with December 31 as 365. When a "sell-by" date appears on a carton bearing the USDA grade shield, the code date may not exceed 45 days from the date of pack.

Always purchase eggs before the "Sell-By" or "EXP" date on the carton. After the eggs reach home, refrigerate the eggs in their original carton and place them in the coldest part of the refrigerator, not in the door. For best quality, use eggs within 3 to 5 weeks of the date you purchase them. The "sell-by" date will usually expire during that length of time, but the eggs are perfectly safe to use.
http://www.fsis.usda.gov/wps/portal/fsis/topics/food-safety-education/get-answers/food-safety-fact-sheets/food-labeling/food-product-dating/food-product-dating

Foods Which Can Be Consumed After Their Best Before Dates

Milk: Pasteurised milk will keep 50 per cent longer if you store it at a lower temperature. Try storing at the back of the fridge rather than the fridge door. If your milk has gone sour, use it to make pancakes.

Eggs: According to a report by food scientist Dana Gunders, eggs can last for three to five weeks. But they have to be kept at a temperature below 5C (41F), as that helps prevent potential growth of Salmonella enteritidis.

Sugary foods: Anything with a large amount of sugar, such as jam or honey, is safe to be consumed. Honey never really expires although crystals, which are safe to consume, may start to form.

German sauerkraut and Korean kimchi: Safe as they are foods which has been preserved through salting, curing or drying.

Crisps: While they may have gone soft, crisps are highly processed and loaded with salt so are safe to be consumed. They can be eaten three weeks after the best by date.

Biscuits: Like crisps, biscuits are also highly processed and thus can be consumed long after their sell-by date. If they taste soft or soggy simply pop them in the oven to get them crunchy again. These can be eaten two months after the best by date.

Dry pasta: Dry goods such as uncooked pasta, if stored in airtight containers, can keep indefinitely.

Bread: Keep it in the freezer and it will last for ages. Just make sure you cut out the mouldy bits if you spot any.

Canned foods: Extend the shelf life of canned products by storing them in a cool and dark area.

Packaged salad: As long as your salad leaves haven't gone mouldy (wilted and mouldy are very different) simply revive them in ice-cold water.

Meat: As long as it is refrigerated properly, meat can be eaten two days after its best before date. It is still best to smell it to check it hasn't gone off. Dry aged steak (meat which sometimes has been hung for up to 120 days and becomes dry due to loss of water content) sees connoisseurs paying over the odds for consuming essentially what is mouldy meat

Cheese: Hard cheeses, such as cheddar, are safe to eat after their best before dates. Even if it's turned mouldy on the outside, the exterior can just be cut off and the interior consumed.
http://www.dailymail.co.uk/femail/food/article-3301683/The-10-foods-eat-safely-best-dates-long-last.html

Storage Times for the Refrigerator and Freezer https://www.foodsafety.gov/keep/charts/storagetimes.html

Refrigerator Home Storage (at 40 °F [4.4 ºC] or below) of Fresh or Uncooked Products and Processed Products Sealed at Plant   https://www.fsis.usda.gov/shared/PDF/Food_Product_Dating.pdf?redirecthttp=true