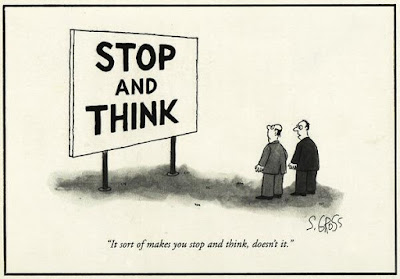 1) Alternative medicine practitioners have an appreciative fondness for the Confirmation Bias fallacy: only spending time with people and sources that confirm already held beliefs. This fallacy is deviously used by cancer quacks, who exploit the desperate. They know when patients receive a terrible diagnosis with little hope of a cure, any treatment may be considered, no matter how bizarre and unproven. Frantic patients will fall into the this fallacy, ignoring basic common sense and the overwhelming contrary evidence, hoping against hope the treatment will work because the alternative is unthinkable. Often they are bilked of thousands of dollars.

In the 17th century philosopher and essayist Francis Bacon wrote a scathing observation on the all-too-human inclination to the fallacy of confirmation bias – which can operate in all facets of life:

“The human understanding when it has once adopted an opinion (either as being the received opinion or as being agreeable to itself) draws all things else to support and agree with it. And though there be a greater number and weight of instances to be found on the other side, yet these it either neglects and despises, or else by some distinction sets aside and rejects, in order that by this great and pernicious predetermination the authority of its former conclusions may remain inviolate.”


2) The Argument from Popularity fallacy asserts that since many people use alternative medicine, then it must be genuine and the remedy must work. Popular acceptance does not validate any claim. For example, in recent decades there have been hundreds of weight loss and health fads and claims that were soon proven to be false and dropped by most people. Just a few of them are: Eliminate wheat to lose weight, the raw food cleanse, juice cleanses, and grains cause inflammation.

3) The Appeal to Tradition fallacy asserts that a premise must be valid because it has been used for thousands of years. A basic survey of the history of medicine reveals thousands of treatments that did more harm than good and were soon debunked by science. Leeches and bloodletting are just one example. Acupuncture is claimed to be valid because 2000 years ago it was widely used in China. Throughout history knowledge of the human body was primitive worldwide. There was no medical evaluation possible of needles having an effect on the human body. Only that the powerful placebo effect sometimes does help.

4) The Appeal to Improper Authority fallacy credits celebrities or fake “doctors” as being “in the know”. No hard evidence is provided, only that the consumer trust this famous celebrity or health guru. Search http://www.ncbi.nlm.nih.gov/pubmed/ or https://scholar.google.ca/ for clinical research debunking incredible and outrageous claims.

All naturopaths fit into this category: “The scarce amount of research that naturopaths do is never accepted in reputable biomedical journals. No naturopathic organization is affiliated with academic groups like the American Association for the Advancement of Science, the U.S. National Academy of Sciences, the Learned Societies of Canada, or the British Royal Society. To appear legitimate, naturopaths accredit their own programs. They hold no government medical accreditation.”

5) The Appeal to Emotion fallacy is mastered by cancer fraud Ty Bollinger. For anyone who has seen his videos, notice how they are drenched with emotion, cleverly circumventing the intellect. Other alternative medicine advocates appeal to outrage and anger, telling their audience there is a treacherous global conspiracy against their remedies, while offering cherry-picked “evidence”, and avoiding the preponderance of contrary evidence.

6) The Post Hoc, Ergo Propter Hoc fallacy falsely attributes a cause to an effect. A homeopathic pill is taken and the user says they feel a little better, when there is nothing in the pill to affect the body. The real cause may be the power of the mind, trusting and not wanting to disappoint the good-natured “doctor”, or not wanting to admit getting duped.

The human body often has great recuperative capacity on its own without any outside help. If the patient happens to be taking a pseudo-scientific remedy at the same time, then lucky alternative medicine hits the jackpot and another anecdote is added “proving” their cure.

7) Alternative medicine advocates love the Red Herring fallacy. In any debate they try to change the subject, divert attention to an irrelevant topic, appeal to unsubstantiated conspiracies, or appeal to emotions, never dealing with the crux of the issues. Watch any debate on YouTube between a skeptic and an alternative medicine advocate and analyze their responses when they are faced with a point they have no answer for.

8) Alternative medicine advocates also employ the Straw Man fallacy: Inability to counter a point and in desperation, attack and argue against a straw man – a position or point that the opponent never stated. They have no problem exaggerating, misquoting, or oversimplifying contrary arguments. This is the only way they can appear credible and dupe those not savvy in critical thinking. This also helps them avoid the thousands of holes in their “remedies” and claims.

9) The False Dilemma fallacy is tailor-made for alternative medicine. They claim their cure is the only way, conventional medicine will not and cannot work. Doctors and patients know that medical conditions and diseases are highly complex and there is often no definite, clear-cut, guaranteed cure.

Online swindlers, for example, claim inflammation is a primary cause of aging. Modern medicine asserts: “The genesis of aging is still a mystery. It may occur for a host of reasons—a waning of the energy generated by the mitochondria within cells, the tendency of DNA to grow fragile and more mutation-prone over time—and it’s much too simplistic to attribute the process to inflammation alone.”

10) The Begging the Question fallacy is an attempt to cleverly slip in a conclusion within a question. One excellent example is Dr. Oz and his relentless advocacy of unproven remedies. He had a skeptic on his show and asked him “What are alternative medicine skeptics afraid of?” This erroneously asserts that skeptics are afraid and that they are the last standing “holdouts”. Both premises are false, as daily research endlessly debunks alternative medicine beliefs, and the only genuine fear is of patients dying of cancer desperately turning to bogus remedies and meeting their demise.

11) A fallacy that is rarely written or spoken about is the most insidious one of them all – the Appeal to the Ego fallacy. This is the sin of pride that no person is immune from. People who gladly accept alternative medicine claims in spite of overwhelming contrary evidence are basically thinking and saying: “Look at me! Look at me! I’m smarter than the entire medical establishment! You see how smart I am? You see?” We all fall for this fallacy in some area of our lives, but for alternative medicine it is the entire bedrock of their beliefs.

12) While not exactly a formal fallacy, an Appeal to Conspiracy is pervasive within alternative medicine. When an advocate has little or no evidence, he/she inevitably reverts to “It’s a conspiracy!” And that’s it! Any critical thinking or honest research is quickly obliterated because ….. “It’s a conspiracy!” Four or five loosely connected “facts” are presented as proof, while the one hundred contrary points are conveniently ignored and never divulged to the unsuspecting reader or listener.

13) The Appeal to Nature fallacy is the foundation for much of alternative medicine. The Respectful Insolence blog does a good job depicting this fallacy:

“If there’s one fallacy that grips the brains of proponents of ‘natural healing,’ ‘holistic medicine,’ or, as the vast majority of it is, quackery, it’s an appeal to nature. Basically, the idea that underlies the appeal to nature is a profane worship of nature as being, in essence, perfect, with anything humans do that is perceived as somehow being ‘unnatural’ being viewed as, at the very least, inferior and at the very worst pure evil. We see it in the pseudoscientific stylings of cranks like The Food Babe, whose epic appeals to nature are legendary …. particularly her demonization of any chemical perceived as synthetic to the point where she actually says thinks like, If you can’t pronounce it, you shouldn’t eat it and There is just no acceptable level of any chemical to ingest, ever.”

For just a partial list of deadly 100% “natural” substances, see “Mother Nature’s Most Dangerous Toxins” below.

14) Alternative medicine salivates over the Perfect Solutions fallacy, also known as the Nirvana fallacy. Because modern medicine and advanced technology can’t cure all cancers, then it must all be a fraud and a conspiracy, and the millionaire charlatan is the one with the amazing cure. The millions of people actually cured from cancer by conventional medicine are ignored because, what about all the ones that didn’t make it? Because science has few answers for many ailments, then the pseudo-scientists automatically are attributed to have the answers, in spite of no evidence and a mountain of dead bodies.

A memorable word picture that reveals the methods of most of alternative medicine is painted by David J. Hand in The Improbability Principle:

“You’re walking along a country lane and you come across a barn. On the side of the barn there are many painted targets, and right in the bulls-eye of each target is an arrow. ‘Wow!’ you think. ‘This guy must be a really good archer.’ You carry on walking past the barn. Then, turning around to look at the other side of the barn, you see that it too, has many arrows sticking in it. And busy painting bulls-eyes and targets around each of them is a man.”

17 Concise Reasons Why Homeopathy is a Fraud       http://www.mybestbuddymedia.com/2013/10/17-concise-reasons-why-homeopathy-is.html