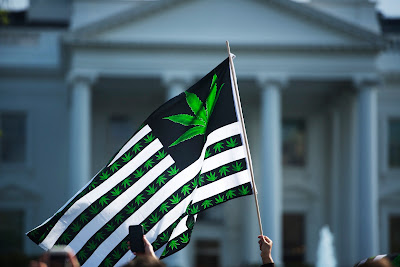 The state of Colorado legalized recreational marijuana back in 2012. Sales began officially on Jan. 1, 2014.  Revenues in 2015 were $996.5 million. Angry citizens are fed up with the fall out. Colorado attorney general Cynthia Coffman recently noted: “The jury is still out as to whether this was a good idea.” A few of the consequences:

----70% of municipalities have prohibited commercial operations.


----Residents of the San Luis Valley are complaining about the deluge of newcomers arriving to grow and sell cannabis. Kevin Sabet, co-founder of Smart Approaches to Marijuana, recently told journalists: “I’m getting calls now from people who voted for legalization thinking it wouldn’t affect them. They’re surprised to see these are sophisticated businesses opening up next to their schools selling things like marijuana gummy bears. And they’re angry.”

---- The poor Denver neighborhood of Elyria-Swansea has seen its problems get worse. One community activist lamented: “We were told that legalization would take drugs out of our community. The drugs stayed—and the drug dealers changed.”

----Several communities have reported an increase in cannabis-related school suspensions.

----Citizens of the city of Pueblo have argued: “The promises of marijuana have not come true …. it’s changed the culture of our community.” Homeless people from other states have swamped Pueblo. One shelter reported a 47% increase since the law went into effect. At least 1,200 people told shelter employees they came “to smoke pot or get jobs in the industry”.

----Pueblo’s three hospitals have reported a 50% increase in marijuana-related ER visits among youth under age 18. There has been a spike in newborns with marijuana in their system. Several businesses which originally supported the law now oppose it “after struggling to find sober employees”.

----A report released in early 2017 for the entire state of Colorado has tallied a tripling of cannabis-related hospitalizations since legalization. Emergency room visits have jumped by 30%. Poison control centers have reported a 5 times increase in calls related to pot. However, the number of teens smoking pot has increased only slightly, and the general crime rate hasn’t changed.

----To many people’s surprise, legalization has had zero effect on the black market’s involvement. Colorado’s attorney general, Cynthia Coffman, has reported an increase in pot-related crime, “including cartels that grow the plant in Colorado and then illegally move it and sell it out of state.” Law enforcement has busted 88 drug cartel operations, including one that recovered $12 million in illegal marijuana. Coffman notes: “That’s crime we hadn’t previously had in Colorado.”

---- Nebraska and Oklahoma have sued their next-door neighbor Colorado, claiming the state is “violating federal drug statutes and contributing to the illegal drug trade in their states.”

----The promise that the high sales of cannabis would provide a major tax windfall for schools has been a disappointment: “Of the $135 million generated in 2015, for example, $20 million goes to regulatory and public-safety efforts related to cannabis, $40 million funds small rural school construction projects, and the rest goes to youth drug prevention and abuse programs. That’s a drop in the bucket for a $6.2 billion education budget.”

---- A 2015 state-wide investigation of cannabis sold has revealed that concentrates, edibles and weed “have THC levels that average 62% and sometimes as high as 95% …. that compares with levels of 2% to 8% in the 1990s.” These higher levels have been linked to negative effects on the gray matter of the hippocampus, the basis of learning and memory, and effects on the white matter connections between the brain’s two hemispheres.