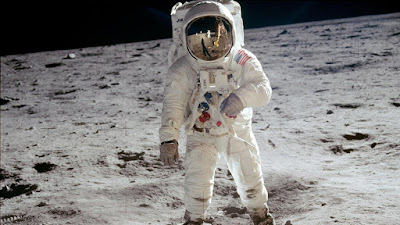 Was the moon landing staged? Was 9/11 an inside job? Are vaccines and GMOs harmful? Is the government covering up crash landings by alien beings? The vast majority of conspiracy theories perpetuated mainly on social media have no or very little basis in fact or reality.  An example of a proven one began in the 1960’s when Big Tobacco paid off a small group of scientists to disseminate the lie that cigarette smoking does not cause cancer and numerous other diseases. The following are nine clever ways propagators of conspiracy theories manipulate and deceive the public. Insights taken from public health advocate and medical journal author Sara E. Gorman, PHD and science author and researcher Jack M. Gorman, MD.


Conspiracy theorists portray themselves and their cause as beleaguered victims of conspiracies:

“These anti-science leaders want to be seen as courageous lone wolves who are crying out against powerful and malevolent forces. They also represent themselves as belonging to a higher moral order than their opponents, who generally are depicted as ruthless and money-craving. Their messages about conspiracies can be terrifying and infuriating. In this ‘us’ versus ‘them’ contest, the conspiracy theorist tries to make us believe that if we don’t follow his/her lead, our very survival will be threatened.”

Conspiracy theorists take advantage of the powerlessness many feel when facing overwhelming societal, economic or political issues. Their theories:

“…assign blame to secret, powerful, and malevolent forces for things we feel we cannot control and therefore both give us an explanation for what is going on and somewhat ironically let us off the hook for doing anything about it. If the conspiracy involves the government, big corporations, and the entire healthcare profession, then no individual need feel remiss if he or she is not doing anything about the perceived problem. This makes the entry of a charismatic leader who claims to have the ability to fight back against the conspiracy an attractive option.”

Conspiracy theorists manipulate listeners by emotionally hijacking the brain without the targets realizing what is happening:

“Our minds are programmed to respond more strongly to emotional appeals and vivid representations than to dry facts and statistical analysis ….. Simple, vivid, emotional messages, especially when they evoke unpleasant feelings like fear and disgust, activate more primitive regions of the human brain and inhibit the more rational, contemplative regions. It makes sense that these primitive regions, which include structures such as the nucleus accumbens, amygdala, and insula, are more rapidly and easily engaged …… The result is an inability to control emotional responses. Anti-science conspiracy theories are characterized by a great deal of dramatic, emotional content. Everything is couched in terms of inflammatory words and phrases – brain damage, armed intruders, radiation sickness, rich, corporate giants, and so forth ….. They pack emotional appeals into their presentations, hoping to activate a lot of amygdala-hippocampal memory systems … and ensure that their message will be resistant to future attempts at reasoned falsification.”

The ingrained memory of the indignant emotion is all that is needed:

“If we are aroused with anger and fear when we are told that GMOs will somehow do mysterious things to our genes and give us cancer or some other dreaded disease, the memory of fear and those ‘facts’ are stored in the brain together. Now every time anyone brings up the topic of GMOs, we simultaneously become angry and fearful because the idea that GMOs cause cancer immediately comes to mind. In that frame of mind, any attempt to dissuade us from the idea is rendered nearly impossible….”

Conspiracy theorists persistently exaggerate the power and control alleged conspirators have over people and organizations:

“In the case of Watergate, there was no need to exaggerate the power of the conspirators – they included the President of the United States. But in a case like the alleged cover-up of vaccines’ ability to cause autism, we are asked to believe that drug companies are so powerful that they can keep data secret from hundreds of scientists and government regulators. Maybe drug companies are not so eager to reveal dangers associated with medications they hope to profit from, and maybe the scientists who work for the companies can be dissuaded from revealing those dangers individually, but every bit of data accumulated in drug company studies must be turned over to the US Food and Drug Administration.

“Also, another government agency, the Centers for Disease Control and Prevention (CDC), conducts surveillance studies on a host of things that might affect the public health. One such CDC endeavor showed no connection between vaccines and autism. So now we must believe that all of the scientists at two government agencies are in on it.

“Furthermore, independent scientists at universities all over the world have, without getting funding from drug companies, also reached the conclusion that vaccines don’t cause autism. Somehow, all of them must be in on it too. In essence, this massive conspiracy is controlled by super-powerful drug companies that can, even without paying them, control people.”

Conspiracy theorists prey on people’s envy and frustrations at not having achieved anything important in life. Corporate greed is real and inexcusable…..

“But the notion that if someone makes money from something then there is automatically something immoral, dangerous, or illegal being done is obviously unhelpful. We are not here debating the ethics of capitalism, the income gap, or free market economies. Rather, we are simply pointing out that it is entirely possible for someone to make a lot of money making a product or providing a service that is useful and safe. That is, it is insufficient to say that because a profit is being made, the result must be evil. Yet this is in general what conspiracy theorists assert, and in doing so they are preying on our feelings of envy and life dissatisfaction rather than arguing science.

“Just because a drug company makes a lot of money producing vaccines does not mean that vaccines are dangerous. It is true that in order to preserve profits, the drug company has an incentive to cut corners around safety and to cover up problems with its drug, but that does not mean it is doing so. Although we advocate greater disclosure and transparency of the fees doctors and scientists receive from corporations, we do not believe that every, or even most, doctors who get money from drug companies are guilty of misrepresenting the safety and efficacy of medications.”

Conspiracy theorists will never admit that in many cases, they are the ones doing harm and creating victims:

“These include children starving in Africa because bugs eat the crops they could be eating if GMO seeds had been used; teenagers who shoot themselves with their parent’s guns; unvaccinated children who catch measles and develop life-threatening encephalopathies or pass measles on to children being treated for cancer who cannot be vaccinated; people with severe depression who do not respond to psychotherapy or antidepressant drugs and kill themselves when they could have been saved by ECT; and so on. Scientists generally do not give emotion-laden appeals in which these victims are discussed, even though they are real, whereas the conspiracy theorist ‘victims’ are too often fabrications.

“Recently, anti-smoking advertisements have become increasingly graphic, showing people with severe pulmonary disease gasping for air. Scientists are more comfortable with making statements like ‘The risk of acquiring chronic obstructive pulmonary disease or COPD is greatly enhanced by cigarette smoking.’ But as we have seen, that statement does not carry the human, amygdala-provoking, memory-enhancing power that so many of the anti-science statements do. Perhaps it is time to realize that anti-science conspiracy theorists are in fact the conspirators who create real victims. Those victims are the people who actually deserve our empathy, but we know almost nothing about them.”

Conspiracy theorists take advantage of any flaws or shortcomings in conventional medicine and blow them up to mammoth and menacing proportions. An example is some doctors taking money from drug companies to promote their products and give the following excuse:

“The drugs have been shown in scientifically rigorous studies to be effective and to have acceptable levels of adverse side effects; they have been approved by the US Food and Drug Administration after careful review; so why not get paid to talk about them? The fact that doctors take money from drug companies to talk about the virtues of those companies’ brand name drugs does not, of course, mean the drugs are prima facie dangerous or that there is any conspiracy afoot. But even the appearance of such a conflict is disillusioning to us.”

“They are characterized by chagrined scientists and doctors who have felt slighted by their colleagues. They often form new organizations with long and provocative names; name themselves the president, director or CEO; and frequently avoid disclosing how large the membership actually is. Most important, they tend to portray themselves as lone wolves who are the victims of huge and powerful conglomerates usually comprised of some combination of industry, government and professional societies.

“The techniques that these conspiracy theory originators use are also telltale signs of an anti-science position. Motive is emphasized over outcome. Anyone who makes money is automatically criminal. Yet how the conspiracy theorist earns a living is never discussed. The power of the conspiracy is vastly exaggerated. The list of people implicated in the conspiracy grows and grows. Perhaps most important, conspiracy theorists exploit the affective heuristic by couching all of their messages in angry, frightening terms that avoid scientific discourse in favor of high emotion and drama.”

Conspiracy theorists manipulate people by making them feel “special” when they learn secret knowledge. Leading researchers in the field report:

“We argue that people high in need for uniqueness should be more likely than others to endorse conspiracy beliefs because conspiracy theories represent the possession of unconventional and potentially scarce information. […] Moreover, conspiracy theories rely on narratives that refer to secret knowledge or information, which, by definition, is not accessible to everyone, otherwise it would not be a secret and it would be a well-known fact. People who believe in conspiracy theories can feel ‘special,’ in a positive sense, because they may feel that they are more informed than others about important social and political events.”
https://psychcentral.com/blog/the-psychology-of-conspiracy-theories-why-do-people-believe-them/

The Basic Cruelty and Inhumanity of The Sandy Hook Hoaxers: 17 Examples http://www.mybestbuddymedia.com/2016/10/the-basic-cruelty-and-inhumanity-of.html