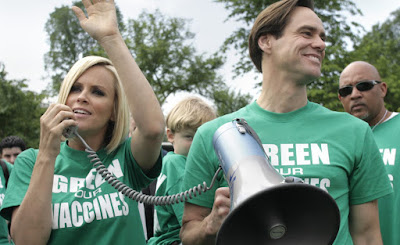 Fake health gurus have proliferated greatly in recent years thanks in part to social media and the “echo chamber” inherent in these groups. Only those that agree with the guru are allowed in and contrary views and irrefutable evidence are forbidden. The kingpins and mavens of fake health gurus include the following but there are more: Joe Mercola, The Food Babe, Natural News, Andrew Wakefield, Suzanne Somers, Jenny McCarthy, Deepak Chopra, Gwyneth Paltrow and Andrew Weil. The following are nine basic ways these “sages” deceive the public. Insights taken from public health advocate and medical journal author Sara E. Gorman, PHD and science author and researcher Jack M. Gorman, MD.


Fake health gurus cleverly use crisis and distress to manipulate their followers into believing their claims:

“Uncertainty is most definitely a feature of health science denialism. Unsure about what causes cancer or autism, we may feel comforted in believing a strong leader’s message that GMOs or vaccines, respectively, are the answer. In the case of anti-vaccine sentiment, parents whose children suffer from autism, epilepsy or other disorders now frequently attributed to these groups to vaccines are clearly under conditions of high stress and psychological pain. The uncertainty surrounding the complexities of science as well as the mysteries of complex, chronic diseases and the psychological distress surrounding their management all create a perfect environment for the dissemination of strong anti-establishment messages from a charismatic leader.”

All fake health gurus gladly exploit the concept of “group psychology” to keep their followers in line and away from contrary, persuasive evidence:

“It seems logical that a person’s identification with a group will be shaken when groups with countervailing views crop up, but this is not generally the case. Group identities paradoxically become stronger as people encounter those that seem opposite or somehow very different from themselves …… An anti-vaccine group will become more strongly identified as anti-vaccine when faced with a pro-vaccine group, even if the latter offers evidence to support its opinions. This is a basic tenet of group psychology. As such, when charismatic leaders try to emphasize the presence of the opposition and even try to engage with them, they are effectively stimulating patterns of group psychology that will strengthen group identity in the presence of a group perceived as very different.”

Anti-vaxxer Jenny McCarthy and other celebrity health gurus use their good looks, celebrity status and charisma to sway and motivate their followers:

“We need not look much further than McCarthy’s speech at the 2008 ‘Green Our Vaccines’ rally in Washington DC, to see many of these principles at play. For one thing, videos of the rally show an enamored crowd chanting McCarthy’s name as she takes her place at the podium. This kind of devotion to a leader suggests a charismatic leadership style, in which the leader is viewed as someone with special powers and as someone to be admired as a superhero. The sound of ‘Jenny! Jenny!’ being shouted in unison is certainly a striking one, and it already indicates, before McCarthy even starts speaking, that she at least has this kind of following that a charismatic leader must attract……

“McCarthy begins by insisting that everyone in the crowd come closer to the podium. She takes multiple strategic pauses and speaks in a kind of storytelling voice with extreme animation and constant fluctuations in her tone. She exhorts parents to be empowered and to take the safety of their children into their own hands. She refers to her audience multiple times as ‘you guys’ and encourages everyone to show pictures of their children to the media cameras at the rally.

“Finally, she calls this a time in history for citizens to change the world and to fight the powers that be. Once again, and like many charismatic leaders, she broadens the scope of the appeal beyond the main issue to one that involves universal concepts of justice and freedom, things with which almost no one disagrees ….. Any hint at science is notably absent from the discourse.”

HIV denialist Peter Duesberg and other fake health gurus use the “what the government won’t tell you” tactic to influence their readers:

“He makes the reader feel as though this information, presumably kept relatively quiet by the US government, is a well-kept secret and access to it is scarce. Duesberg therefore offers his readers an inside glance at a source of information that would otherwise be unavailable to them …… Duesberg essentially tells his readers ‘Here is some juicy, private information that has been kept from you for a long time, and I am finally going to make it available to you’ …… When people feel that a piece of information is scarce or difficult to obtain, they tend to feel more persuaded by it.”

Duesberg and other fake health gurus portray all contrary views as one colossal, unified enemy out to undermine their “truth”:

“Duesberg here constructs a new view of the scientific world: a consensus culture in which all the revered and established researchers operate simply as individual replicas of some dogmatically accepted central truth. By minimizing the intense kind of conflict, disagreement, and rigorous debate that actually goes on in the scientific community, Duesberg makes the ‘enemy’ look much more unified than it actually is. Unifying the enemy actually functions as a strategy to then unify the opposition. This is in fact a favorite strategy of charismatic leaders, and it has a significant effect on people’s ability to parse the information that is truly coming from the ‘other side’. Once the ‘enemy’ has been consolidated, followers of the charismatic leader have much less access to the individual arguments of those in the opposing camp and have lost the ability to analyze information from these camps unfiltered by the leader.”

Discredited anti-vaxxer Andrew Wakefield and other fake health gurus set themselves up as martyrs out to save the children from the evil legion of murderous scientists:

“A victim of the status quo, Wakefield has suffered the consequences of choosing the correct path and has lost his medical license, his research position, his reputation, and, he says, even his country. Yet all of this, he claims, is nothing compared to the suffering of parents and children with autism and other developmental disorders. Like the true charismatic leader, he demonstrates that his overwhelming commitment to the cause is so strong that he was willing to lose not only his license but also his home ….. The real issue here is not his career or his reputation but the pure goal of saving the children.

“Wakefield speaks with the language of a religious zealot. He does not talk science – even he has been unable to replicate his ‘findings’ in a separate experiment. Everything he says rests on 12 children, some of whom did not actually have autism and others who had it before they received the MMR vaccinations. In retrospect, there is absolutely no science involved here.”

Anti-GMO advocate Gilles-Eric Seralini and some other fake health gurus attempt to keep their “research” away from scientists who easily refute it:

“Seralini introduced the paper at a press conference of select journalists who were required to sign a confidential agreement prohibiting them from discussing the study with other scientists. This unusual maneuver prevented consenting journalists from obtaining any comments from independent scientists. Furthermore, at the press conference Seralini introduced his new book, OGM, le vrai debat (GM foods, the real debate), and a film about the study. Seralini appeared to be on an aggressive public relations adventure, not something scientists commonly get into when they publish a paper in a scientific journal.”

Once independent scientists actually examine the “evidence”, anti-GMO advocate Seralini and other fake health gurus refuse to accept the results:

“But more important, a host of scientists immediately noticed all kinds of problems with the way the study was designed and analyzed. There were clearly too few rats, the strain of rats used is notorious for developing spontaneous tumors at a high rate, and unusual statistics were employed, leading to widespread insistence that the study could not possibly have found any actual link between the GMO and the tumors. In 2012, after Seralini refused to withdraw it, the journal announced it was retracting the paper. The retraction notice reads:

“A more in-depth look at the raw data revealed that no definitive conclusions can be reached with this small sample size regarding the role of either NK603 or glyphosate in regards to overall mortality or tumor incidence ……. Ultimately, the results presented are inconclusive.”

Fake health gurus like Andrew Weil attempt to discredit randomized, clinical trials in order to cover up the total lack of evidence for their alternative cures:

“While he (Dr. Weil) correctly points out that evaluation of efficacy is not sufficient to determine whether a treatment is effective, as Steve Novella pointed out, Dr. Weil conveniently neglects to acknowledge that it is at the very least necessary. If randomized controlled trials (RCTs) indicate that a therapy is not detectably more efficacious than a placebo, which is the case for the vast majority of complementary / alternative / integrative medicine (CAM/IM) modalities, then there is no point in doing trials in ‘real world’ conditions because there is no reason to expect this to be effective. Basically, RCTs serve as a screening test to identify promising therapies that are likely to be effective in real world use. In essence, Dr. Weil is echoing the same two-pronged attack that CAM/IM advocates make against RCTs, the first being the claim that ‘Western science’ can’t study his woo, which is the same fallacious argument that Dr. Oz made regarding acupuncture.

“The second prong of the attack is to point to what Weil calls ‘alternative sources of valid information’ as demonstrating that his woo works when RCTs do not support its efficacy. Although Dr. Weil is careful never to state this explicitly or even use the term ‘pragmatic trial,’ his emphasis on ‘effectiveness’ over ‘efficacy’ is in essence a plea for relying much more heavily on observational trials, in particular pragmatic trials.

“But what are ‘pragmatic’ trials? They are trials that seek to determine if a treatment is effective outside the confines of an RCT, in other words, out there in the ‘real world.’ RCTs, because they seek to determine efficacy, need to control for as many potentially confounding factors as possible, which makes them inherently artificial to one extent or another. Once efficacy is established under controlled conditions, it is sometimes then useful to determine whether this efficacious treatment is effective under usual circumstances in the ‘real world,’ where patient compliance might be poor, either due to side effects, cost, or difficulty in adhering to the therapy; where complicated protocols might be more problematic to follow compared to academic medical centers; and where use of the treatment will inevitably be expanded to patient populations not represented in the RCTs used to approve the drug.”