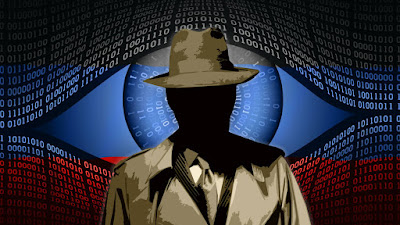 Agents of the US Central Intelligence Agency are highly trained to avoid and outmaneuver life-threatening circumstances all over the world. Some of what they know can be applied to the average person staying safe and avoiding danger right in their own homes and neighborhoods. Former CIA agent Jason Hanson, in his new book, Survive Like A Spy, provides a wealth of life saving skills and insights, written for the average non-spy man or woman. The following are a sampling of CIA approved tips.

Deadly Sock: “A regular sock can be used to create a surprisingly powerful weapon. Simply fill the sock with something heavy. Rocks work great, as do golf balls, pool balls, pennies, or even ashtrays. Once you’ve inserted the item or items into the sock, tie a knot at the open end. Now you have a weighted flail, and if you swing it around, you could seriously injure someone. Pro tip: If you are travelling and want to create a weapon using a sock, just buy an ordinary can of soda and stick it inside.”

Killer Keys: “Replace your key chain with a long strap. This turns your keys into a flail. You could aim to hit someone in the face, distracting him and giving you a chance to run away to safety. You can also use a monkey-fist key chain like I do. It’s a paracord key chain with a ball bearing in the middle that can cause serious damage if you hit someone with it.”

The Weighted Baseball Cap: “You can sew two sets of ball bearings in the rear of the cap. If you’re under attack, just remove the cap and hit the attacker with the part of the cap with the ball bearings.”

A Sharp Projectile: “A Tactical Pen works well as a projectile. A trip to your local hardware store or Home Depot will also provide lots of options. For example, tent stakes or large nails could be concealed, and then used against an attacker.”

Home invasions can be terrifying, almost as terrifying as the cost of a safe room, which can run up to $100,000. Jason Hanson and other C.I.A. operates give good advice on creating a functional and effective safe room at relatively little cost.

Choose the right room: “Your safe room needs to be located in the room that belongs to the weakest family member. Obviously your six-month-old baby cannot escape out of his room to run to the safe room. You also don’t want Grandma to have to climb up the stairs in a hurry. If you have children, plan to designate their room as the safe room (or the room of the youngest child) …… If you have a room that has no windows, that could be an excellent option.”

Reinforce the door: “Most doors today are hollow and thin – and provide almost nothing in the way of protection. If at all possible, replace hollow doors with solid wood or steel doors that would be much harder to break down. If you want to take things up a notch, consider replacing a wooden doorjamb with a sturdier steel one. This will make it much harder for someone to kick down the door. Make sure there is a high-quality dead bolt on the door to keep out an intruder. Obviously, if you are choosing a child’s room as your safe room you will have to take all the necessary precautions to make sure they don’t lock themselves in (or worse, lock you in)."

Practice your emergency plan: On a regular basis rehearse exactly what every member of the family will do when the security alarm goes off or you notice a break-in. Seven seconds to get everyone safely in is a good marker to shoot for.

The following is typical of these crimes occurring across the United States and Canada:

“CBSNewYork — Nearly $200,000 worth of cash and jewels were taken during a home invasion in Brooklyn. The housekeeper was tricked by two fake delivery men. As CBS2’s Scott Rapoport reported, the violent push-in robbery took place on 56th Drive in the upscale community of Mill Basin. According to police, two men saying they were from UPS knocked on the door of the house, forced their way past the housekeeper, and ransacked the place.”

Criminals dressing up as UPS or FedEx delivery workers are gaining easy access to homes. What’s making things worse is Amazon hiring couriers who have no uniform and drive their personal vehicles. Jason Hanson and his C.I.A. colleagues on precautions to take:

1) When possible, only order items that do not require a signature and can be left at the door.

2) Take advantage of the option of having the item waiting for you to pick up at the Post Office, UPS or FedEx stores.

3) Use the online tracking feature offered by most delivery firms. You will know exactly when the item arrives and can make arrangements accordingly.

4) “The uniform is just one part of the picture, and it’s not enough to ensure that the person is in fact a delivery person.  Look for other signs that indicate the person is who he says he is. For example, look for the truck and the handheld computer. It won’t do you any good to open the door and then ask for an ID if the person intends to do you harm. Have then hold the ID up before you open the door.”

“You just bought a new large-screen plasma TV, or maybe you bought a computer for your kids. You diligently double-check the locks on all your windows and doors nightly, and you always use your alarm. So there’s nothing else to worry about, right? Wrong. While, yes, you should always practice good safety measures, don’t draw extra attention to your home by essentially announcing to criminals that you have brand-new valuable items in your home. Thieves know that most people just shove the boxes out in the trash – which is like putting up a red flag that you have something new to steal. When you’ve worked hard and bought yourself a new and expensive item, take the extra time to cut up the box so that it won’t be recognizable to criminals.”

Jason Hanson, Survive Like A Spy: Real CIA Operatives Reveal How They Stay Safe In A Dangerous World And How You Can Too, Tarcher / Perigee, 2018

21 Lickety Split Hacks (in 4 videos) That May Save Your Life http://www.mybestbuddymedia.com/2017/03/31-lickety-split-hacks-in-5-videos-that.html

How They Do It: Exposing A Simple But Devious Stock Scam  http://www.mybestbuddymedia.com/2014/06/how-they-do-it-stock-scam.html

The 9 Most Popular Work At Home Scams Exposed  http://www.mybestbuddymedia.com/2013/04/the-9-most-popular-work-at-home-scams.html