9 Sly Methods Cancer Quacks Use To Dupe the Desperate 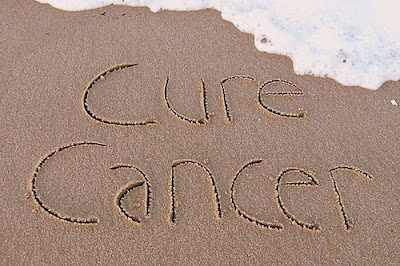 Never underestimate the slick and sly marketing of alternative medicine’s frontline troops. Just like cancer cells attack the human body, cancer quack doctors and clinics lay waste to the desperate and the deceived. Below are just a few of the deceptive and heinous tactics greedily and callously employed.

Anatomy of a Testimonial


“Typically, what you will see or hear is a chipper-looking and -sounding person who claims that this treatment ‘cured’ his or her cancer. These testimonials almost always include many or all of these elements: First, the cancer patient receives the diagnosis, after which she is lost and suffering at the hands of ‘conventional’ doctors, who either cannot or do not wish to understand and who cannot do anything for her. Often, this will take the form of the classic alt-med cliche that the patient was ‘sent home to die.’ Then, when all hope seems lost, the patient discovers an alternative medicine ‘healer’ or treatment. It is not infrequently described in quasi-religious terms, like a revelation or something that brings the patient out of the darkness and into the light. Naturally, there is resistance from the patient’s doctors, family, and/or friends, who warn against it, with doctors warning of dire consequences if the patient abandons conventional medicine. But the patient, convinced by dubious practitioners, friends, and, of course, previous testimonials, ‘sees’ that the treatment ‘works’ in a way that medical science cannot and survives. Infused with fervor, the patient now wants to spread the word. Often, the patient is now selling the remedy. Perhaps you’ve seen such testimonials or heard them on the radio and thought: ‘Gee, this sounds great. I wonder if it works.’”

Understandable Fear Of Chemotherapy is Exploited

Cancer quacks know full well people’s aversion to and fear of chemotherapy and its side effects. They take advantage of these obvious effects to scare people into using and paying for their alternative and supposedly pain-free treatments. A few of the more common side effects are:

Ignorance of the Agony of Dying From Untreated Cancer

Cancer quacks say their alternative treatments are more natural and less severe than the debilitating side effects of chemo. They exploit people’s ignorance of the horrors of dying from cancer that is unchecked and has continued spreading:

“Dying from cancer can mean unrelenting pain that leaves you the choice of being drugged up with narcotics or being in agony.

“Dying from cancer can mean unrelenting vomiting from an uncorrectable bowel obstruction. It can mean having a nasogastric tube to drain your digestive juices and prevent you from throwing up. Alternatively, it can mean having to have a tube sticking out of your stomach to drain its fluids……..

“Dying from cancer can mean your lungs progressively filling with fluid from tumor infiltration. Think choking on your own secretions. Think a progressive shortness of breath. Think an unrelenting feeling of suffocation but with no possibility of relief.

“Dying from cancer can mean having your belly fill with ascites fluid due to a liver chock full of tumor.

“Dying from cancer can mean a progressive decline in mental function due to brain metastases.”

“Many forms of alternative medicine are rejected by conventional medicine because the efficacy of the treatments has not been demonstrated through double-blind randomized controlled trials; in contrast, conventional drugs reach the market only after such trials have proved their efficacy. A person may attribute symptomatic relief to an otherwise ineffective therapy due to the placebo effect, the natural recovery from or the cyclical nature of an illness (the regression fallacy), or the possibility that the person never originally had a true illness ……

“Those who have had success with one alternative therapy for a minor ailment may be convinced of its efficacy and persuaded to extrapolate that success to some other alternative therapy for a more serious, possibly life-threatening illness. For this reason, critics contend that therapies that rely on the placebo effect to define success are very dangerous. Scientifically unsupported health practices can lead individuals to forgo effective treatments and this can be referred to as ‘opportunity cost’. Individuals who spend large amounts of time and money on ineffective treatments may be left with precious little of either, and may forfeit the opportunity to obtain treatments that could be more helpful.”

The Need for Complete Control Over One’s Life

“It also seems to be a question of human nature. The diagnosis of breast cancer can be emotionally devastating. Formerly self-assured women feel themselves losing control of their lives. Unfortunately, our system of medicine reinforces this feeling of loss of control, as it is all too often impersonal and even disrespectful of patients. Patients find themselves going to multiple doctor’s visits, where all too often they have to wait for hours in crowded waiting rooms to see their doctors, who then, thanks to the demands of managed care, only spend 5 or 10 minutes with them discussing a life-threatening disease. They deal with voicemail hell trying to reach their doctor when they are having problems and endure many other indignities. They often conclude from this that the system does not respect their time or them (which it often doesn’t) and that they are considered nothing more than a number, a disease, an insurance number, or money. In contrast, ‘alternative’ practitioners often provide the human touch that is too often missing from modern medicine.

“They take the time to listen to the patient and make her feel good about herself and her decision, all too often giving erroneous information about chemotherapy and radiation therapy. When a woman makes a decision to choose alternative therapy, she often sees herself as ‘taking control’ of her treatment from uncaring doctors whose treatments, she is told, do not treat the root cause of her disease. Understandably, she may feel liberated from the tyranny of HMOs, cancer centers, clinics, and hospitals and back in control of her own destiny. In addition, many testimonials have religious overtones as well, where lost, suffering women misguided by conventional doctors and without hope find a savior (their ‘healer’) and/or enlightenment (the ‘alternative’ therapy) that leads her out of the darkness and into the light of good health again.”

Crude Medicine: Every Disease has a Single Cause and Cure

“In the real world, diseases often have distinct causes. What gives you skin cancer is not the same thing that gives you diabetes. It then follows that medical treatments must be tailored to the disease, which is why doctors don’t have a panacea and must resort to an assortment of drugs, surgery, radiation therapy, and lifestyle modifications to treat conditions.

“In the world of pseudo-sciences, however, gurus believe that every disease is due to one thing. They have also, quite luckily for their bank account, discovered the one treatment to cure everything.”

When the Alternative Treatment Fails – Blame the Victim

“If you decide to undergo conventional therapy first, the ‘woo’ won’t work. Of course, it won’t work anyway, but it’s very common for cancer quacks to blame failures of their quackery to eliminate cancer or even arrest its growth on the patient’s having used chemotherapy or radiation before. It’s a classic ‘blame the victim’ technique, a particularly pernicious and despicable ploy, because many patients who are desperate enough to try alternative medicine only do so after they’ve exhausted conventional treatment. So basically ……..  alternative medicine practitioners give patients who’ve exhausted conventional medicine false hope and then tell them that the reason that hope didn’t pan out was because they chose conventional medicine. Basically, if you try an alternative therapy but don’t try it first, then it’s your fault that you’re dying.”

No Evidence for their “Cures”? No Problem. “It’s a Conspiracy!”

Cancer quacks are forced to claim that modern medicine and pharmaceutical companies are conspiring to suppress their “cures”. They have no choice. There is no other way to explain their lack of evidence. These two researchers completely take apart these conspiracies with ten sound, intelligent, rational points. Number four is:

“Many if not most researchers are more likely to value fame, prestige and personal achievement over sheer quantity of money.

“Even if we tacitly accept that scientists and doctors do not care about making a difference the world or helping sick people, we still can’t assume that the only thing they care about is money. Any scientist who finds or participates in research leading to a breakthrough cure is going to be instantly famous among colleagues and peers. It’s a chance to show all the foes and detractors from your entire life that you are not a loser, that you are in fact the very best at what you do. It not only means a Nobel Prize, it virtually guarantees statues and entire buildings erected in your honor and a mention in virtually every medical and science textbook.

“It means you can set your salary and work for any company you choose, doing whatever research you like. It means adoration from millions of victims and family members whom you have saved. Finding a cancer cure would mean a reputation to rival that of Einstein’s and a legacy which will persist throughout history. It’s not very easy to believe that any scientist would be willing sweep these benefits under the rug along with the cure, and the more shallow and selfish the conspiracy claims the scientists to be, the more likely it is that they value total personal gain over mere financial gain alone.”

Many cancer quacks dupe their patients by appealing to this fallacy:

“It generally takes one of two basic forms. Either they claim that something is right/effective/safe because our ancestors thought so and they were somehow privy to some ‘ancient knowledge’ that we don’t have access to today, or they argue that a treatment is safe/effective because it has been used for many generations and has stood the ‘test of time’…...

“The ‘test of time’ argument is similarly flawed. There are thousands of ancient medical treatments that were used for countless generations before science came along and discredited them. Leeches are a good example. We used them for hundreds of years before we realized that draining a sick person’s blood was a bad idea (note: we do still use leeches medicinally today, but not for the same thing that they were used for historically)…….

“When you think about it, it is, of course, not surprising that many things would be used medicinally for countless generations without anyone realizing that they don’t work. Imagine that in some village, someone gets sick, eats an herb, then gets better just by his/her body healing itself. It will appear that the herb worked because the person took the herb, then got better. As a result, every time that someone in that village gets that ailment, they will take that herb. Sometimes, it simply won’t work and the person will get worse, but other times, the placebo effect will kick in and the person will get better. Additionally, in many cases, the sick person’s body will simply heal itself, thus giving the appearance that the herb works. Every one of these ‘success stories’ will serve to affirm the villagers’ belief that the herb works, and it will get used from one generation to the next.”