The Science of Skin: Why Too Much Washing Can Be Harmful 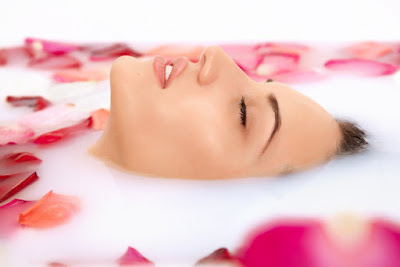 The pandemic has forced us to wash our hands fairly frequently, but the rest of our body takes quite an onslaught of cleansing as well. The latest scientific research seems to suggest that too much scrubbing, soaping, moisturizing, and deodorizing of the body’s largest organ, the skin, may not be beneficial. The U.S. statistics from 2019 reveal that the beauty-and-personal-care market topped a hundred billion dollars.


History has shown that daily showering is a relatively new habit. The explorer Marco Polo was surprised how often people in India and China bathed. The European Middle Ages were described by one historian as “a thousand years without a bath.” In 19th century America soap was made and sold primarily to not waste the animal fat leftovers of the meatpacking industry, not because of any public demand.

Early in the 20th century the most powerful and clever marketers began to persuade the unwashed public to use basic soap, specifically sponsoring what soon became called “soap operas”. In no time the huge profits were not enough. Special soaps were needed for your hair, your body, your face, for women and men, children and adults.

Skin is a strange little miracle:

“Were it removed, you would quickly lose the water in your body and die of dehydration. It protects you from deadly radiation and pathogens and helps you stay within the narrow temperature spectrum your body can tolerate, yet it is, at its thinnest, half the width of a penny. And the cells with which it faces the world are already effectively dead, and will, in general, last no longer than a month—a million or so are shed each day, filling your house with dust. As these skin cells are lost, they are replaced with new ones, taking their own self-sacrificial turn at the barricades to protect the trillions of other cells of which you are made.”

Let’s go on a skin safari. The microscopic residents of our skin:

“Range from the microscopic mites that wander around our faces at night, copulating, to the highly stable communities of microorganisms that live on the different regions of our bodies, each with its own unique environmental conditions. ‘At first glance, our skin looks like a bare, inhospitable landscape.’ In fact, for critters that are small enough, it’s full of ridges and canyons and deserts and swamps: ‘Habitats filled with wildlife worthy of a nature documentary.’ These habitats are affected, in turn, by our own environmental conditions. In one study, scientists could tell, just by examining people’s skin micro-biome, what city they lived in and with whom they cohabitated.”

A clearer understanding of human skin illuminates why over-washing may be harmful:

“(It) also reflected a new understanding of how our skin functions: as a living, permeable ‘dynamic interface’ that connects us to the world around us—‘a complex, diverse ecosystem’ rather than a barrier that should be sterile and pristine. Soap …. washes away not only natural oils but also many of the microorganisms that make our skin their home, disrupting the natural balance they might otherwise achieve.”

Specialists in immunology and microbiology are concerned that while in the past we had too little hygiene, we may now have too much:

“These experts want us to think of hygiene more expansively—as a matter of health and balance, rather than one of sterility and purity. With all our soaps and sanitizers and antibiotics, in addition to so much time spent inside, away from dirt and animals and fresh air, we’ve created new problems for our immune systems, which miss out on the chance to encounter benign triggers and instead learn to overreact to perceived threats.”

The benefits of dirt:

“A growing body of research is showing that microbes – microscopic organisms such as bacteria, fungi and viruses – and dirt are crucial for our well-being. Research indicates that early exposures to a variety of microbes may help lower the risk of developing conditions like asthma and allergies.

“‘I’m a sound believer that we’re too clean of a society,’ says Dr. Christopher Carpenter, section head of infectious diseases and international medicine at Beaumont Hospital in Royal Oak, Michigan. ‘Our fear of germs has pushed us too far into trying to keep everything safe and sterile. That extreme is harming us more than it’s helping us.’

“‘We are getting far too sterile,’ adds Kiran Krishnan, a microbiologist and chief scientific officer for Microbiome Labs, based in St. Augustine, Florida. ‘Exposure to microbes is an essential part of being human. Most of our immune system is comprised of tissue that requires activation by the microbes we’re exposed to. The immune system requires the presence of friendly bacteria to regulate its functions. Think of the immune system as an army, with tanks and missiles but no general to lead them. That’s the role friendly microbes play in your body; they’re the general.” The vast majority of microbes, 97% to 99%, are benign or beneficial, and they are the best protection to fight pathogenic microorganisms, Krishnan says.”

“Compared to the Hutterite kids, the Amish group had a far lower prevalence of asthma, the study found. Researchers tested the blood of the kids in both groups and found the Amish children had significantly more white blood cells, which are key to fighting infections. One study author theorized the Amish kids had more white blood cells because they had a greater exposure to microbes, which boosted their immune system.”

Just two among many suggestions:

“Start a garden. This is a great way to get your hands in the dirt, and encourage kids to do the same. As a bonus, planting veggies can help you diversify what's on your plate and eat fresh whole foods, which can also prove a boon to gut health.

“Consider getting a pet. Having a pet allergy can make close contact with four-legged friends dicey. But there's research to suggest that early exposure to pets – or livestock for that matter – can reduce kids' risk of developing asthma. At the very least, you could let your kids play with a (trusted) neighbor of family member's pet.”

Rethinking the Science of Skin  https://www.newyorker.com/magazine/2020/08/03/rethinking-the-science-of-skin

Could Getting Dirty and Being Exposed to Germs Boost Your Health? Are allergies and asthma the result of being too clean?  https://health.usnews.com/wellness/articles/hygiene-hypothesis-could-more-dirt-and-germs-boost-your-health